The Teacher as Hero 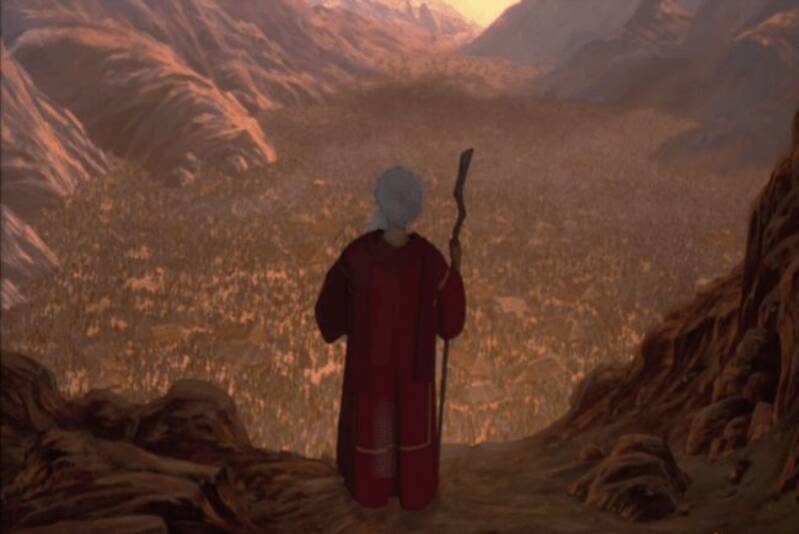 The Teacher as Hero

Imagine the following scenario. You are 119 years and 11 months old. The end of your life is in sight. Your hopes have received devastating blows. You have been told by God that you will not enter the land to which you have been leading your people for forty years. You have been repeatedly criticised by the people you have led. Your sister and brother, with whom you shared the burdens of leadership, have predeceased you. And you know that neither of your children, Gershom and Eliezer, will succeed you. Your life seems to be coming to a tragic end, your destination unreached, your aspirations unfulfilled. What do you do?

We can imagine a range of responses. You could sink into sadness, reflecting on the might-have-beens had the past taken a different direction. You could continue to plead with God to change His mind and let you cross the Jordan. You could retreat into memories of the good times: when the people sang a song at the Red Sea, when they gave their assent to the covenant at Sinai, when they built the Tabernacle. These would be the normal human reactions. Moses did none of these things – and what he did instead helped change the course of Jewish history.

For a month Moses convened the people on the far side of the Jordan and addressed them. Those addresses form the substance of the book of Deuteronomy. They are extraordinarily wide-ranging, covering a history of the past, a set of prophecies and warnings about the future, laws, narratives, a song, and a set of blessings. Together they constitute the most comprehensive, profound vision of what it is to be a holy people, dedicated to God, constructing a society that would stand as a role model for humanity in how to combine freedom and order, justice and compassion, individual dignity and collective responsibility.

Over and above what Moses said in the last month of his life, though, is what Moses did. He changed careers. He shifted his relationship with the people. No longer Moses the liberator, the lawgiver, the worker of miracles, the intermediary between the Israelites and God, he became the figure known to Jewish memory: Moshe Rabbeinu, “Moses, our teacher.” That is how Deuteronomy begins – “Moses began to expound this Law” (Deut. 1:5) – using a verb, be’er, that we have not encountered in this sense in the Torah and which appears only one more time towards the end of the book: “And you shall write very clearly [ba’er hetev] all the words of this law on these stones” (27:8). He wanted to explain, expound, make clear. He wanted the people to understand that Judaism is not a religion of mysteries intelligible only to the few. It is – as he would say in his very last speech – an “inheritance of the [entire] congregation of Jacob” (33:4).

Moses became, in the last month of his life, the master educator. In these addresses, he does more than tell the people what the law is. He explains to them why the law is. There is nothing arbitrary about it. The law is as it is because of the people’s experience of slavery and persecution in Egypt, which was their tutorial in why we need freedom and law-governed liberty. Time and again he says: You shall do this because you were once slaves in Egypt. They must remember and never forget – two verbs that appear repeatedly in the book – where they came from and what it felt like to be exiled, persecuted, and powerless. In Lin-Manuel Miranda’s musical Hamilton, George Washington tells the young, hot-headed Alexander Hamilton: “Dying is easy, young man; living is harder.” In Deuteronomy, Moses keeps telling the Israelites, in effect: Slavery is easy; freedom is harder.

Throughout Deuteronomy, Moses reaches a new level of authority and wisdom. For the first time we hear him speak extensively in his own voice, rather than merely as the transmitter of God’s words to him. His grasp of vision and detail is faultless. He wants the people to understand that the laws God has commanded them are for their good, not just God’s.

All ancient peoples had gods. All ancient peoples had laws. But their laws were not from a god; they were from the king, pharaoh, or ruler – as in the famous law code of Hammurabi. The gods of the ancient world were seen as a source of power, not justice. Laws were man-made rules for the maintenance of social order. The Israelites were different. Their laws were not made by their kings – monarchy in ancient Israel was unique in endowing the king with no legislative powers. Their laws came directly from God Himself, creator of the universe and liberator of His people. Hence Moses’ ringing declaration:

At this defining moment of his life, Moses understood that, though he would not be physically with the people when they entered the Promised Land, he could still be with them intellectually and emotionally if he gave them the teachings to take with them into the future. Moses became the pioneer of perhaps the single greatest contribution of Judaism to the concept of leadership: the idea of the teacher as hero.

Heroes are people who demonstrate courage in the field of battle. What Moses knew was that the most important battles are not military. They are spiritual, moral, cultural. A military victory shifts the pieces on the chessboard of history. A spiritual victory changes lives. A military victory is almost always short-lived. Either the enemy attacks again or a new and more dangerous opponent appears. But spiritual victories can – if their lesson is not forgotten – last forever. Even quite ordinary people, Yiftah, for example (Book of Judges, Chapters 11–12), or Samson (Chapters 13–16), can be military heroes. But those who teach people to see, feel, and act differently, who enlarge the moral horizons of humankind, are rare indeed. Of these, Moses was the greatest.

Not only does he become the teacher in Deuteronomy. In words engraved on Jewish hearts ever since, he tells the entire people that they must become a nation of educators:

Make known to your children and your children’s children, how you once stood before the Lord your God at Horeb.

In the future, when your child asks you, “What is the meaning of the testimonies, decrees, and laws that the Lord our God has commanded you?” tell them, “We were slaves to Pharaoh in Egypt, but the Lord brought us out of Egypt with a mighty hand.…”

Teach [these words] to your children, speaking of them when you sit at home and when you travel on the way, when you lie down and when you rise.

Indeed, the last two commands Moses ever gave the Israelites were explicitly educational in nature: to gather the entire people together in the seventh year to hear the Torah being read, to remind them of their covenant with God (Deut. 31:12–13), and, “Write down for yourselves this song and teach it to the people of Israel” (31:19), understood as the command that each person must write for himself a scroll of the law.

In Deuteronomy, a new word enters the biblical vocabulary: the verb l-m-d, meaning to learn or teach. The verb does not appear even once in Genesis, Exodus, Leviticus, or Numbers. In Deuteronomy it appears seventeen times.

There was nothing like this concern for universal education elsewhere in the ancient world. Jews became the people whose heroes were teachers, whose citadels were schools, and whose passion was study and the life of the mind.

Moses’ end-of-life transformation is one of the most inspiring in all of religious history. In that one act, he liberated his career from tragedy. He became a leader not for his time only but for all time. His body did not accompany his people as they entered the land, but his teachings did. His sons did not succeed him, but his disciples did. He may have felt that he had not changed his people in his lifetime, but in the full perspective of history, he changed them more than any leader has ever changed any people, turning them into the people of the book and the nation who built not ziggurats or pyramids but schools and houses of study.

The poet Shelley famously said, “Poets are the unacknowledged legislators of the world.”[1] In truth, though, it is not poets but teachers who shape society, handing on the legacy of the past to those who build the future. That insight sustained Judaism for longer than any other civilisation, and it began with Moses in the last month of his life.