The Covenant and the Love 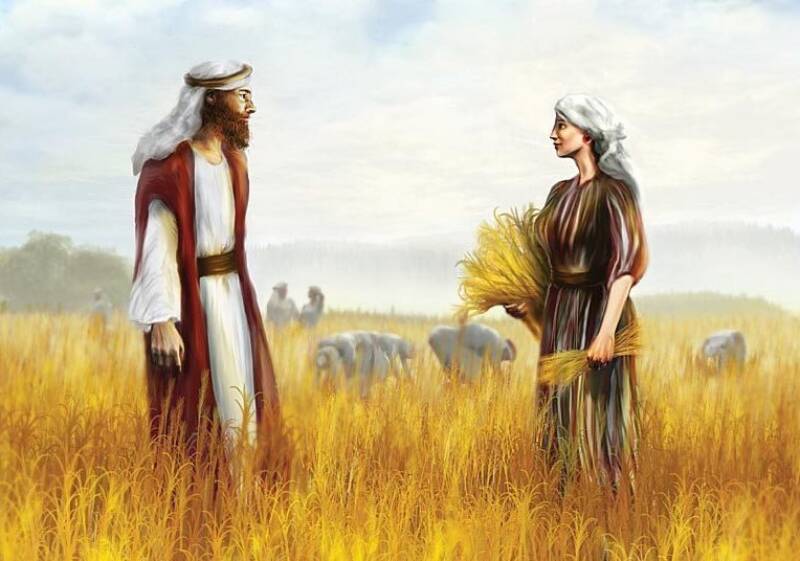 The Covenant and the Love

Know therefore that the Lord your God is God; He is the faithful God, keeping the brit and the chessed to a thousand generations of those who love Him and keep His commandments.

If you pay attention to these laws and are careful to follow them, then the Lord your God will keep the brit and the chessed with you, as He swore to your ancestors.

The phrase is strange. The relationship between God and Israel is defined by brit, covenant. That, essentially, is the content of the Torah. What then is added by the word chessed?

The translators have a problem with it. The Jewish Publication Society’s translation of the opening verse of our parsha is: “And if you do obey these rules and observe them carefully, the Lord your God will maintain faithfully for you the covenant that He made on oath with your fathers.” This translates chessed as “faithfully” and takes it as a qualification of the verb “maintain” or “keep”. This is a very stretched translation.

A non-Jewish translation, the New International Version, translates ha-brit veha-chessed as “covenant of love.” This is a very Christian translation. The covenant entered into between the Israelites and God was a covenant of law, not just of love.

This might seem a minor matter were it not for the fact that this phrase, which is rare in Tanach, makes an appearance at key moments of Jewish history. For example, it figures in King Solomon’s great prayer at the consecration of the Temple in Jerusalem:

“Lord, the God of Israel, there is no God like You in Heaven above or on Earth below—You who keep the covenant and love with Your servants who continue wholeheartedly in your way.”

When, after the Babylonian exile, the nation gathered around Ezra and Nehemiah in Jerusalem and renewed the covenant, they said:

“Now therefore, our God, the great God, mighty and awesome, who keeps His covenant and love, do not let all this hardship seem trifling in Your eyes—the hardship that has come on us, on our kings and leaders, on our Priests and Prophets, on our ancestors and all Your people, from the days of the kings of Assyria until today.

At these critical moments, when Moses renewed the covenant on the banks of the Jordan, when Solomon dedicated the Temple, and the people in Ezra and Nehemiah’s time rededicated themselves, they took care to define the relationship between God and the people as one of brit and chessed, covenant and love. It seems that both are necessary, or they would not have used this language on these three defining occasions many centuries apart.

What then is the meaning of chessed? Significantly, Maimonides dedicates the penultimate chapter of The Guide for the Perplexed to the analysis of three words: chessed, tzedakah and mishpat. On chessed he says:

In our Commentary on Pirkei Avot (5:7) we have explained the expression chessed as denoting excess. It is especially used of extraordinary kindness. Loving-kindness is practised in two ways: first, we show kindness to those who have no claim whatever upon us; secondly, we are kind to those to whom it is due, in a greater measure than is due to them … The very act of creation is an act of God’s loving-kindness: “I have said, ‘The universe is built in loving-kindness’” (Ps. 89:3)…[1]

Maimonides, The Guide for the Perplexed

The difference between the three terms is that I am legally entitled to mishpat. I am morally entitled to tzedakah. But to chessed, I am not entitled at all. When someone acts toward me in chessed, that is an act of pure grace. I have done nothing to deserve it.

Maimonides notes, citing the phrase from Psalms that “The universe is built in lovingkindness,” that creation was an act of pure chessed. No one ever creates something because it deserves to be created. Creations do not exist before they are created.

We can define this in human terms more precisely. The book of Ruth is known as the work, par excellence, of chessed: “Rabbi Zeira said, ‘This book does not have anything in it concerned with impurity or purity, forbidden or permitted. Why then was it written? To teach us the greatness of the reward for acts of chessed.”[2]

There are two key scenes in the book. The first occurs when Naomi, bereaved of her husband and two sons, decides to return to Israel. She says to her two daughters-in-law, “Go back, each of you, to your mother’s home. May the Lord show you kindness, as you have shown kindness to your dead husbands and to me…” She was telling them that they had no further obligations toward her. They had been married to her sons, but now they are widows. Naomi has no other sons. Being Moabite women, they will be strangers in Israel: they have no reason to go there. You owe me nothing, she is saying. You have been kind, you have been good daughters-in-law, but now we must go our separate ways.

The second speech occurs when Ruth has gone to gather grain in the field of Boaz, who treats her with great care and consideration. She asks him: “Why have I found such recognition in your eyes that you notice me—a foreigner?” The two key words here are “recognition” and “foreigner.” “Recognition” means that you have behaved toward me as if you had obligations to me. But “I am a foreigner.” The word used here is not “stranger,” i.e. a resident alien to whom certain duties are owed. It means, a complete outsider. Ruth is saying to Boaz, you do not owe me anything.

That is what makes Ruth the supreme book of chessed, that is, of good done to another who has no claim whatsoever upon you. What Ruth does for Naomi, and what Boaz does for Ruth, are not mishpat or tzedakah. They are pure chessed.

Now let us return to the question with which we began. Why did Moses, and Solomon, and Nehemiah define the relationship between the Jewish people and God not in terms of a single concept, covenant, but added to it a second idea, namely chessed, meaning an act of love.

Covenant is essentially reciprocal. Two people or entities pledge themselves to one another, each committing to a responsibility. This is how it was defined by God at Mount Sinai: “Now if you obey me fully and keep My covenant, then out of all nations you will be My treasured possession, for all the earth is Mine” (Exodus 19:5). If you are My people, I will be your God. If you serve me, I will bless you. Every covenant has an if-then quality to it.

Therefore, every covenant is inherently vulnerable. That is what Moses emphasised throughout Devarim. Don’t take the land or its blessings for granted. If you do well, things will go well, but if you do badly, great dangers lie in store.

That is covenant. Chessed, in contrast, has no if-then quality. It is given out of the goodness of the giver, regardless of the worth of the recipient. When Moses, Solomon and Nehemiah referred to chessed in addition to the covenant, they were making an implicit request of God of the most fundamental significance. Even if we fail to honour the covenant, please God be gracious to us, for You are good even when we are not, and You do good even when we do not deserve it, when we have no claim on You whatsoever – ki le-olam chasdo, for His chessed is eternal.

The verses in our parsha sound conditional: “If you pay attention to these laws … then the Lord your God will keep the brit and the chessed …” This suggests that we will be shown chessed if we deserve it, but if not, not. But it isn’t so. At the end of the curses in Bechukotai, God says: “Yet in spite of this, when they are in the land of their enemies, I will not reject them or abhor them so as to destroy them completely, breaking my covenant with them: I am the Lord their God.”

God will never break the covenant, even if we do, because of His chessed. Tanach describes the relationship between God and Israel in two primary ways: like a husband and wife, and like a parent and a child. Between husband and wife there can be a divorce. Between parent and child there cannot be. They may be estranged, but the parent is still their parent and the child is still their child. Marriage is a covenant; parenthood is not. Do not forsake us, we say to God, because whatever we have done, You are our parent and we are Your children. Chessed is the kind of love a parent has for a child, whether they deserve it or not. Chessed is unconditional grace.

I believe that chessed is the highest achievement of the moral life. It is what Ruth did for Naomi, and Boaz for Ruth, and from that kindness came David, Israel’s greatest king. Reciprocal altruism – I do this for you, and you do this for me – is universal among social animals. Chessed is not. In chessed God created the universe. In chessed we create moments of moral beauty that bring joy and hope where there was darkness and despair.