The Leader’s Call to Responsibility 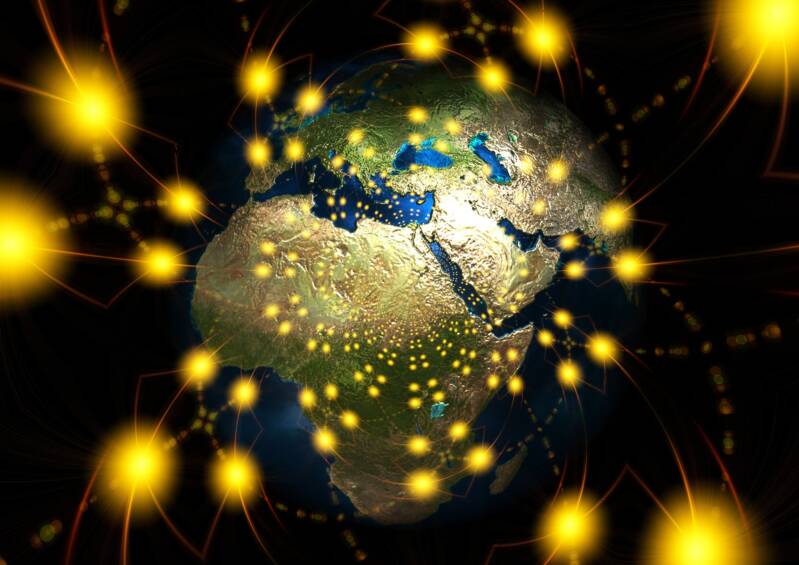 When words take wing, they modulate into song. That is what they do here in Ha’azinu as Moses, with the Angel of Death already in sight, prepares to take leave of this life. Never before had he spoken with such passion. His language is vivid, even violent. He wants his final words never to be forgotten. In a sense he has been articulating this truth for forty years, but never before with such emotion. This is what he says:

Give ear, O heavens, that I may speak,

Earth, hear the sayings of my mouth…

The Rock, His acts are perfect,

For all His ways are just.

A faithful God without wrong,

Right and straight is He.

He is not corrupt; the defect is in His children,

A warped and twisted generation.

Is this the way you repay God,

Is He not your Father, your Master?

He made you and established you.

Do not blame God when things go wrong. That is what Moses feels so passionately. Don’t believe, he says, that God is there to serve us. We are here to serve Him and through Him be a blessing to the world. God is straight; it is we who are complex and self-deceiving. God is not there to relieve us of responsibility. It is God who is calling us to responsibility.

With these words Moses brings to closure the drama that began with Adam and Eve in the Garden of Eden. When they sinned, Adam blamed the woman, the woman blamed the serpent. So it was when God began creating, and so it still is in the twenty-first century secular time.

The story of humanity has been, for the most part, a flight from responsibility. The culprits change. Only the sense of victimhood remains. It wasn’t us. It was the politicians. Or the media. Or the bankers. Or our genes. Or our parents. Or the system, be it capitalism, communism or anything between. Most of all, it is the fault of the others, the ones not like us, infidels, sons of Satan, children of darkness, the unredeemed. The perpetrators of the greatest crime against humanity in all of history were convinced it wasn’t them. They were “only obeying orders.” When all else fails, blame God. And if you don’t believe in God, blame the people who do. To be human is to seek to escape from responsibility.

That is what makes Judaism different. It is what made some people admire Jews and others hate them. For Judaism is God’s call to human responsibility. From this call you can’t hide, as Adam and Eve discovered when they tried, and you can’t escape, as Jonah learnt in the belly of a fish.

What Moses was saying in his great farewell song can be paraphrased thus: “Beloved people, I have led you for forty years, and my time is coming to an end. For the last month, since I began these speeches, these devarim, I have tried to tell you the most important things about your past and future. I beg you not to forget them.

“Your parents were slaves. God brought them and you to freedom. But that was negative freedom, chofesh. It meant that there was no-one to order you about. That kind of freedom is not inconsequential, for its absence tastes like unleavened bread and bitter herbs. Eat them once a year so you never forget where you came from and who brought you out.

“But don’t think that chofesh alone can sustain a free society. When everyone is free to do what they like, the result is anarchy, not freedom. A free society requires cherut, the positive freedom that only comes when people internalise the habits of self-restraint so that my freedom is not bought at the expense of yours, or yours at the cost of mine.

“That is why I have taught you all these laws, judgments and statutes. They are not arbitrary rules. None of them exists because God likes giving laws. God gave laws to the very structures of matter – laws that generated a vast, wondrous, almost unfathomable universe. If God were only interested in giving laws, He would have confined Himself to the things that obey those laws, namely matter without mind and life-forms that know not liberty.

“The laws God gave me and I gave you exist not for God’s sake but for ours. God gave us freedom – the most rare, precious, unfathomable thing of all other than life itself. But with freedom comes responsibility. That means that we must take the risk of action. God gave us the land but we must conquer it. God gave us the fields but we must plough, sow and reap them. God gave us bodies but we must tend and heal them. God is our Father; He made us and established us. But parents cannot live their children’s lives. They can only show them, by instruction and love, how to live.

“So when things go wrong, don’t blame God. He is not corrupt; we are. He is straight; it is we who are sometimes warped and twisted.”

That is the Torah’s ethic of responsibility. No higher estimate has ever been given of the human condition. No higher vocation was ever entrusted to mortal creatures of flesh and blood.

We do not see human beings, as the pagans did, as the playthings of capricious gods. Nor do we see them, as some scientists do, as mere matter, a gene’s way of producing another gene, a collection of chemicals driven by electrical impulses in the brain, without any special dignity or sanctity, temporary residents in a universe devoid of meaning that came into existence for no reason and will one day, equally for no reason, cease to be.

We believe that we are God’s image, free as He is free, creative as He is creative, We exist on an infinitely smaller and more limited scale to be sure, but still we are the one point in all the echoing expanse of space where the universe becomes conscious of itself, the one life form capable of shaping its own destiny: choosing, therefore free, therefore responsible. Judaism is God’s call to responsibility.

Which means: thou shalt not see thyself as a victim. Do not believe as the Greeks did that fate is blind and inexorable, that our fate once disclosed by the Delphic oracle, has already been sealed before we were born, that like Laius and Oedipus we are fated, however hard we try to escape the bonds of fate. That is a tragic view of the human condition. To some extent it was shared in different ways by Spinoza, Marx and Freud, the great triumvirate of Jews-by-descent who rejected Judaism and all its works.

Instead like Viktor Frankl, survivor of Auschwitz, and Aaron T. Beck, co-founder of cognitive behavioural therapy, we believe we are not defined by what happens to us but rather by how we respond to what happens to us. That itself is determined by how we interpret what happens to us. If we change the way we think – which we can, because of the plasticity of the brain – then we can change the way we feel and the way we act. Fate is never final. There may be such a thing as an evil decree, but penitence, prayer and charity can avert it. And what we cannot do alone we can do together, for we believe “it is not good for man to be alone.” (Gen. 2:18)

So Jews developed a morality of guilt in place of what the Greeks had, a morality of shame. A morality of guilt makes a sharp distinction between the person and the act, between the sinner and the sin. Because we are not wholly defined by what we do, there is a core within us that remains intact – “My God, the soul You gave me is pure” – so that whatever wrong we may have done, we can repent and be forgiven. That creates a language of hope, the only force strong enough to defeat a culture of despair.

It is that power of hope, born whenever God’s love and forgiveness gives rise to human freedom and responsibility, that has made Judaism the moral force it has always been to those who minds and hearts are open. But that hope, says Moses with a passion that still sears us whenever we tread it afresh, does not just happen. It has to be worked for and won. The only way it is achieved is by not blaming God. He is not corrupt. The defect is in us, His children. If we seek a better world, we must make it. God teaches us, inspires us, forgives us when we fail and lifts us when we fall, but we must make it. It is not what God does for us that transforms us; it is what we do for God.

The deepest mystery of all is not our faith in God but God’s faith in us. May that faith sustain us as we heed the call to responsibility and take the risk of healing some of the needless wounds of an injured but still wondrous world.