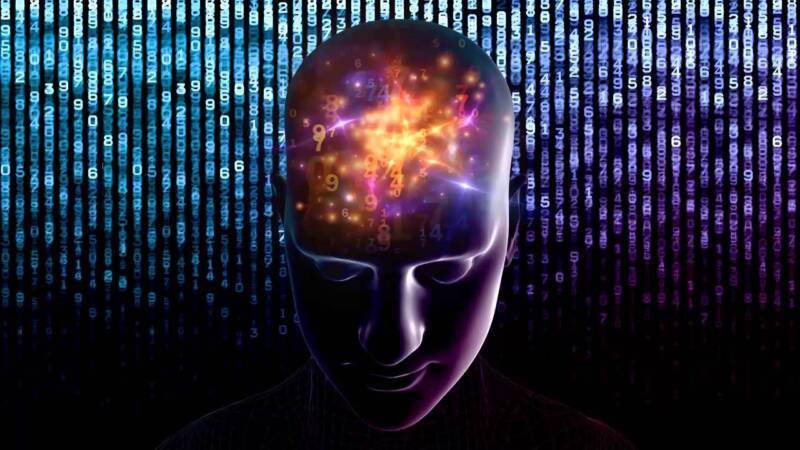 What is Judaism? A religion? A faith? A way of life? A set of beliefs? A collection of commands? A culture? A civilisation? It is all these, but it is emphatically something more.

It is a way of thinking, a constellation of ideas: a way of understanding the world and our place within it. Judaism contains life-changing ideas. That is what I want to talk about in Covenant and Conversation, 5778.

Too few people think about faith in these terms. We know the Torah contains commands, 613 of them. We know that Judaism has beliefs. Maimonides formulated them as the 13 principles of Jewish faith. But these are not all that Judaism is, nor are they what is most distinctive about it.

Judaism was and remains a dazzlingly original way of thinking about life. Take one of my favourite examples: the American Declaration of Independence (1776), and its most important sentence: “We hold these truths to be self evident, that all men are created equal, that they are endowed by their Creator with certain inalienable rights, that among these are life, liberty and the pursuit of happiness.” This is arguably the most important sentence in the history of modern politics. It was what Abraham Lincoln was referring to in the opening of the Gettysburg Address when he said: “Four-score and seven years ago our fathers brought forth on this continent, a new nation, conceived in Liberty, and dedicated to the proposition that all men are created equal.”

The irony of this sentence, as I have often noted, is that “these truths” are very far indeed from being “self-evident.” They would have sounded absurd to Plato and Aristotle, both of whom believed that not all men are created equal and therefore they do not have equal rights. They were only self-evident to someone brought up in a culture that had deeply internalised the Hebrew Bible and the revolutionary idea set out in its first chapter, that we are each, regardless of colour, culture, class or creed, in the image and likeness of God. This was one of Judaism’s world-changing ideas.

We also see from this example that you can have an idea, formulate it in words, and declare it to the world, but you may still struggle to internalise it and you may have to fight to make it real. Thomas Jefferson, who drafted the Declaration of Independence, was a slave owner. Evidently he did not include black people or slaves in his phrase “all men.” Eighty-seven years later, when Lincoln delivered the Gettysburg Address, America was fighting a civil war over just this issue.

However long it takes, though, ideas change the world. Some do so by leading to inventions. Think of some of the great ideas of recent times: the computer, the Internet, search engines, social networking software and smartphones. They all had to be thought before they could be made. As we say (talking about Shabbat and Creation): sof maaseh, bemachshavah techila, which roughly means, first you have to have the thought; only then can you do the deed that turns the idea into reality. Shabbat itself, incidentally, is another one of Judaism’s world-changing ideas.

But sometimes ideas change the world because they change us. It’s these ideas I want to explore this year, through the weekly parsha.

Ideas that Changed My Life

My own life has been changed by ideas, not always exclusively Jewish ones but ideas none the less. Here are three examples.

More than twenty years ago I started an organisation, Jewish Continuity, whose aim was to transform the Jewish community by intensifying education at all levels and ages. It was successful, but it proved to be intensely controversial. The lay leader of the organisation, Dr Michael Sinclair, was an extraordinary man who poured his money, energy and time into the project, and was always thinking outside the box. At the height of the controversy I invited him to meet the rabbis of our community, so that they could express some of their concerns. The meeting did not go well. The rabbis were very candid but throughout it all, Dr Sinclair stayed beatifically calm. When the session was over I walked with him to his car, and apologised for the way he had been treated. He smiled at me, told me not to worry, and said, “This is a character-forming experience.”

For me, at that moment, the impact of his response was electrifying, and it changed my life. Here was a man who had voluntarily given so much to our community, and all he had received in return was criticism. It reminded me of the famous remark, “No good deed goes unpunished.” Throughout it all, though, he had remained serene because he had been able to step back from the immediacy of the moment, reframe it as an ordeal he had to go through to reach his destination, and one that would ultimately make him stronger. Ever since, whenever I faced controversy or crisis, I said to myself, “That was a character-forming experience.” And because I thought it, it was.

The second example: like all too many people nowadays I have problems sleeping. I suffer from insomnia. I once mentioned this to my teacher, Rabbi Nachum Rabinovitch. His immediate response was: could I teach him how to have insomnia? He would love, he told me, to be able not to sleep, and quoted to me the rabbinic dictum, “Moonlight was made only for the purpose of study” (Eruvin 65a). What I saw as an affliction, he saw as an opportunity. By sleeping less, I could study more. It did not stop me suffering from sleeplessness (though I found it helped me relate better to the line from Psalms, “The guardian of Israel neither slumbers nor sleeps”), but it did allow me to reframe it. I was able better to use the sleepless hours.

For me, the most personally transformative of all beliefs has been the idea of hashgachah peratit, Divine Providence. Whenever something unexpected has happened in my life, I have always asked, “What is Heaven trying to tell me? How does it want me to respond? Given that this has happened, how shall I turn this moment into a blessing?” I learned this through my early encounters with Chabad and with the Lubavitcher Rebbe. I learned it a second time, from a different starting point, through my study of the work of Viktor Frankl, the man who survived Auschwitz and turned his experiences there into a new form of psychotherapy based on what he called “man’s search for meaning.” His view was that we should never ask, “What do I want from life?” but always, “What does life want from me?” It was with surprise and delight that I discovered that the Rebbe was himself an admirer of Viktor Frankl’s work. The result of that strong belief in providence, or as I sometimes put it, living-as-listening, has been to flood my life with meaning. For me, nothing just happens. It always comes with a call to respond in a particular kind of way.

Jews contributed to the world some of its most transformative ideas. It’s worth listening to the testimony of non-Jewish writers on this subject. Here, for instance, is the Catholic historian Paul Johnson: “To the Jews we owe the idea of equality before the law, both divine and human; of the sanctity of life and the dignity of the human person; of the individual conscience and so of personal redemption; of the collective conscience and so of social responsibility; of peace as an abstract ideal and love as the foundation of justice, and many other items which constitute the basic moral furniture of the human mind.”

Another Catholic historian, Thomas Cahill, wrote this: “The Jews gave us the Outside and the Inside – our outlook and our inner life. We can hardly get up in the morning or cross the street without being Jewish. We dream Jewish dreams and hope Jewish hopes. Most of our best words, in fact – new, adventure, surprise; unique, individual, person, vocation; time, history, future; freedom, progress, spirit; faith, hope, justice – are the gifts of the Jews.”

The late William Rees-Mogg, also a Catholic, once wrote that “One of the gifts of Jewish culture to Christianity is that it has taught Christians to think like Jews,” adding, “Any modern man who has not learned to think as though he were a Jew can hardly be said to have learned to think at all.”

Far and away the most fascinating judgment, though, comes from one of Judaism’s sharpest critics, Friedrich Nietzsche:

Consider Jewish scholars in this light: all of them have a high regard for logic, that is for compelling agreement by force of reasons; they know with that they are bound to win, even where they encounter race and class prejudices …

Incidentally, Europe owes the Jews no small thanks for making people think more logically and for establishing cleanlier intellectual habits – nobody more so than the Germans, who are a lamentably déraisonnable race who to this day are still in need of having their “heads washed” first. Wherever Jews have won influence they have taught men to make finer distinctions, more rigorous inferences, and to write in a more luminous and cleanly fashion; their task was ever to bring a people “to listen to raison.”[1]

This is a remarkable tribute from what in British politics they call “the leader of the Opposition.”
One might think that the ideas Judaism introduced into the world have become part of the common intellectual heritage of humankind, at least of the West, and that they are by now, as Jefferson said, “self-evident.” Yet this is not the case. Some of them have been lost over time; others the West never fully understood. That is what I hope to explore in this year’s studies, for two reasons.

The first was suggested by Nietzsche himself. He wanted the West to abandon the Judeo-Christian ethic in favour of what he called “the will to power.” This was a disastrous mistake. There is nothing original in the will to power. It has existed since the days of Cain, and its price is perennial bloodshed. But Nietzsche was right in one respect: the great alternative is Judaism. The choice humankind faces in every age is between the idea of power and the power of ideas. Judaism has always believed in the power of ideas, and it remains the only non-violent way to change the world.