The Limits of Love 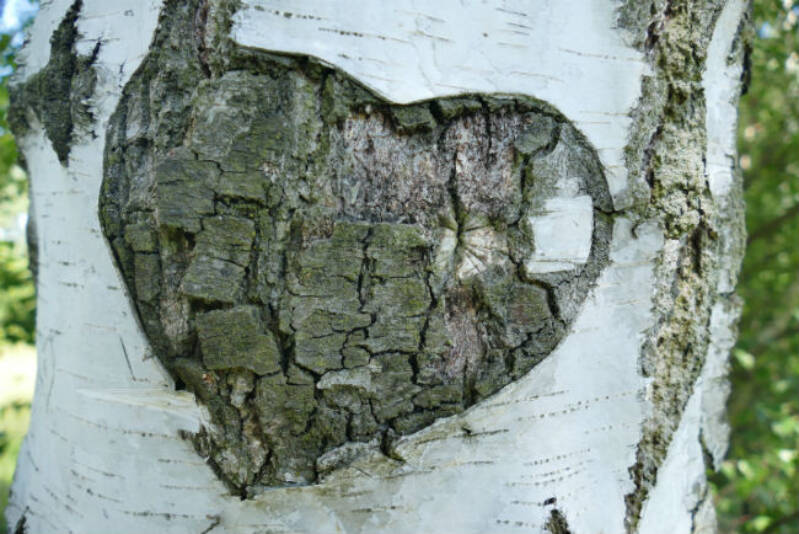 In a parsha laden with laws, one in particular is full of fascination. Here it is:

The law makes eminent sense. In biblical Israel the firstborn was entitled to a double share in his father’s inheritance.[1] What the law tells us is that this is not at the father’s discretion. He cannot choose to transfer this privilege from one son to another, in particular he cannot do this by favouring the son of the wife he loves most if in fact the firstborn came from another wife.

The opening three laws – a captive woman taken in the course of war, the above law about the rights of the firstborn, and the “stubborn and rebellious son” – are all about dysfunctions within the family. The Sages said that they were given in this order to hint that someone who takes a captive woman will suffer from strife at home, and the result will be a delinquent son.[2] In Judaism marriage is seen as the foundation of society. Disorder there leads to disorder elsewhere. So far, so clear.

What is extraordinary about it is that it seems to be in the sharpest possible conflict with a major narrative in the Torah, namely Jacob and his two wives, Leah and Rachel. Indeed the Torah, by its use of language, makes unmistakable verbal linkages between the two passages. One is the pair of opposites, ahuvah/senuah, “loved” and “unloved/hated”. This is precisely the way the Torah describes Rachel and Leah.

Recall the context. Fleeing from his home to his uncle Laban, Jacob fell in love at first sight with Rachel and worked seven years for her hand in marriage. On the night of the wedding, however, Laban substituted his elder daughter Leah. When Jacob complained, “Why have you deceived me?” Laban replied, with intentional irony, “It is not done in our place to give the younger before the elder.”[3] Jacob then agreed to work another seven years for Rachel. The second wedding took place a mere week after the first. We then read:

And [Jacob] went in also to Rachel, and he loved also Rachel more than Leah … God saw that Leah was unloved [senuah] and He opened her womb, but Rachel remained barren.

Leah called her firstborn Reuben, but her hurt at being less loved remained, and we read this about the birth of her second son:

She became pregnant again and had a son. ‘God has heard that I was unloved [senuah],’ she said, ‘and He also gave me this son.’ She named the child Simeon.

The word senuah appears only six times in the Torah, twice in the passage above about Leah, four times in our parsha in connection with the law of the rights of the firstborn.

There is an even stronger connection. The unusual phrase “first of [his father’s] strength” appears only twice in the Torah, here (“for he is the first of his father’s strength”) and in relation to Reuben, Leah’s firstborn:

“’Reuben, you are my firstborn, my might and the first of my strength, first in rank and first in power”

Because of these substantive and linguistic parallels, the attentive reader cannot help but hear in the law in our parsha a retrospective commentary on Jacob’s conduct vis-a-vis his own sons. Yet that conduct seems to have been precisely the opposite of what is legislated here. Jacob did transfer the right of the firstborn from Reuben, his actual firstborn, son of the less-loved Leah, to Joseph, the firstborn of his beloved Rachel. This is what he told Joseph:

“Now, the two sons who were born to you in Egypt before I came here shall be considered as mine. Ephraim and Manasseh shall be just like Reuben and Simeon to me.”

Reuben should have received a double portion, but instead this went to Joseph. Jacob recognised each of Joseph’s two sons as entitled to a full portion in the inheritance. So Ephraim and Menasseh each became a tribe in its own right. In other words, we seem to have a clear contradiction between Deuteronomy and Genesis.

How are we to resolve this? It may be that, despite the rabbinic principle that the patriarchs observed the whole Torah before it was given, this is only an approximation. Not every law was precisely the same before and after the covenant at Sinai. For instance Ramban notes that the story of Judah and Tamar seems to describe a slightly different form of levirate marriage from the one set out in Deuteronomy.[4]

In any case, this is not the only apparent contradiction between Genesis and later law. There are others, not least the very fact that Jacob married two sisters, something categorically forbidden in Leviticus 18:18. Ramban’s solution – an elegant one, flowing from his radical view about the connection between Jewish law and the land of Israel – is that the patriarchs observed the Torah only while they were living in Israel itself.[5] Jacob married Leah and Rachel outside Israel, in the house of Lavan in Haran (situated in today’s Turkey).

Abarbanel gives a quite different explanation. The reason Jacob transferred the double portion from Reuben to Joseph was that God told him to do so. The law in Devarim is therefore stated to make clear that the case of Joseph was an exception, not a precedent.

Ovadia Sforno suggests that the Deuteronomy prohibition applies only when the transfer of the firstborn’s rights happens because of the father favours one wife over another. It does not apply when the firstborn has been guilty of a sin that would warrant forfeiting his legal privilege. That is what Jacob meant when, on his deathbed, he said to Reuben: “Unstable as water, you will no longer be first, for you went up onto your father’s bed, onto my couch and defiled it.” (Gen. 49:4). This is stated explicitly in the book of Chronicles which says that “Reuben … was the firstborn, but when he defiled his father’s marriage bed, his rights as firstborn were given to the sons of Joseph son of Israel.” (1 Chron.5:1).

It is not impossible, though, that there is a different kind of explanation altogether. What makes the Torah unique is that it is a book about both law (the primary meaning of “Torah”) and history. Elsewhere these are quite different genres. There is law, an answer to the question, “What may we or may not do?” And there is history, an answer to the question, “What happened?” There is no obvious relationship between these two at all.

Not so in Judaism. In many cases, especially in mishpat, civil law, there is a connection between law and history, between what happened and what we should or should not do.[6] Much of biblical law, for example, emerges directly from the Israelites’ experience of slavery in Egypt, as if to say: This is what our ancestors suffered in Egypt, therefore do not do likewise. Don’t oppress your workers. Don’t turn an Israelite into a lifelong slave. Don’t leave your servants or employees without a weekly day of rest. And so on.

Not all biblical law is like this, but some is. It represents truth learned through experience, justice as it takes shape through the lessons of history. The Torah takes the past as a guide to the future: often positive but sometimes also negative. Genesis tells us, among other things, that Jacob’s favouritism toward Rachel over Leah, and Rachel’s firstborn Joseph over Leah’s firstborn, Reuben, was a cause of lingering strife within the family. It almost led the brothers to kill Joseph, and it did lead to their selling him as a slave. According to Ibn Ezra, the resentment felt by the descendants of Reuben endured for several generations, and was the reason why Datan and Aviram, both Reubenites, became key figures in the Korach rebellion.[7]

Jacob did what he did as an expression of love. His feeling for Rachel was overwhelming, as it was for Joseph, her elder son. Love is central to Judaism: not just love between husband and wife, parent and child, but also love for God, for neighbour and stranger. But love is not enough. There must also be justice and the impartial application of the law. People must feel that law is on the side of fairness. You cannot build a society on love alone. Love unites but it also divides. It leaves the less-loved feeling abandoned, neglected, disregarded, “hated.” It can leave in its wake strife, envy and a vortex of violence and revenge.

That is what the Torah is telling us when it uses verbal association to link the law in our parsha with the story of Jacob and his sons in Genesis. It is teaching us that law is not arbitrary. It is rooted in the experience of history. Law is itself a tikkun, a way of putting right what went wrong in the past. We must learn to love; but we must also know the limits of love, and the importance of justice-as-fairness in families as in society.

[1] This is already implicit in the story of Jacob, Reuben and Joseph: on this, see below. The Sages also inferred it from the episode of the daughters of Tzelophehad. See Num. 27:7, Baba Batra 118b.
[2] Sanhedrin 107a.
[3] Gen. 29:25-26. A reference to Jacob buying Esau’s birthright and taking his blessing.
[4] See Ramban to Gen. 38:8.
[5] Ramban to Gen. 26:5.
[6] This is the subject of a famous essay by Robert Cover, ‘Nomos and Narrative’, Harvard Law Review 1983-1984, available at http://digitalcommons.law.yale.edu/cgi/viewcontent.cgi?article=3690&context=fss_papers. Cover’s view was that “No set of legal institutions or prescriptions exists apart from the narratives that locate it and give it meaning. For every constitution there is an epic, for each decalogue a scripture.”
[7] Ibn Ezra to Num. 16:1.