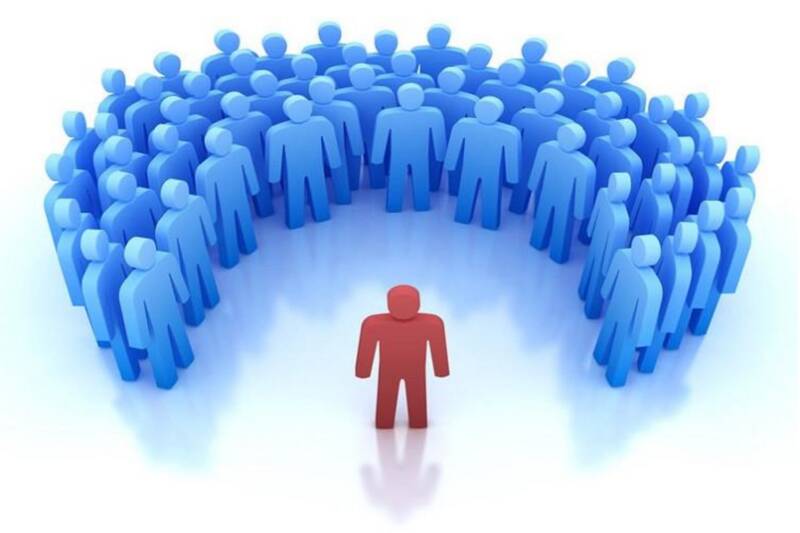 As we have seen in both Vayetse and Vaera, leadership is marked by failure. It is the recovery that is the true measure of a leader. Leaders can fail for two kinds of reason. The first is external. The time may not be right. The conditions may be unfavourable. There may be no one on the other side to talk to. Machiavelli called this Fortuna: the power of bad luck that can defeat even the greatest individual. Sometimes, despite our best efforts, we fail. Such is life.

The second kind of failure is internal. A leader can simply lack the courage to lead. Sometimes leaders have to oppose the crowd. They have to say no when everyone else is crying yes. That can be terrifying. Crowds have a will and momentum of their own. To say no could place your career, or even your life, at risk. That is when courage is needed, and not showing it can constitute a moral failure of the worst kind.

The classic example is King Saul, who failed to carry out Samuel’s instructions in his battle against the Amalekites. Saul was told to spare no one and nothing. This is what happened:

When Samuel reached him, Saul said, “The Lord bless you! I have carried out the Lord’s instructions.”

But Samuel said, “What then is this bleating of sheep in my ears? What is this lowing of cattle that I hear?”

Saul answered, “The soldiers brought them from the Amalekites; they spared the best of the sheep and cattle to sacrifice to the Lord your God, but we totally destroyed the rest.”

“Enough!” Samuel said to Saul. “Let me tell you what the Lord said to me last night.”

Samuel said, “Although you may be small in your own eyes, are you not head of the tribes of Israel? The Lord anointed you King over Israel. And He sent you on a mission, saying, ‘Go and completely destroy those wicked people, the Amalekites; wage war against them until you have wiped them out.’ Why did you not obey the Lord? Why did you pounce on the plunder and do evil in the eyes of the Lord?”

“But I did obey the Lord,” Saul said. “I went on the mission the Lord assigned me. I completely destroyed the Amalekites and brought back Agag their King. The soldiers took sheep and cattle from the plunder, the best of what was devoted to God, in order to sacrifice them to the Lord your God at Gilgal.”

Saul makes excuses. The failure was not his; it was the fault of his soldiers. Besides which, he and they had the best intentions. The sheep and cattle were spared to offer as sacrifices. Saul did not kill King Agag but brought him back as a prisoner. Samuel is unmoved. He says, “Because you have rejected the word of the Lord, He has rejected you as King.” (I Sam. 15:23). Only then does Saul admit, “I have sinned.” (I Sam 15:24) But by this point it is too late. He has proven himself unworthy to begin the lineage of kings of Israel.

There is an apocryphal quote attributed to several politicians: “Of course I follow the party. After all, I am their leader.”[1] There are leaders who follow instead of leading. Rabbi Yisrael Salanter compared them to a dog taking a walk with its owner. The dog runs on ahead, but keeps turning around to see whether it is going in the right direction. The dog may think it is leading but actually it is following.

That, on a plain reading of the text, was the fate of Aaron in this week’s parsha. Moses had been up the mountain for forty days. The people were afraid. Had he died? Where was he? Without Moses they felt bereft. He was their point of contact with God. He performed the miracles, divided the Sea, gave them water to drink and food to eat. This is how the Torah describes what happened next:

When the people saw that Moses was so long in coming down from the mountain, they gathered round Aaron and said, “Come, make us a god who will go before us. As for this man Moses who brought us up out of Egypt, we don’t know what has happened to him.” Aaron answered them, “Take off the gold earrings that your wives, your sons and your daughters are wearing, and bring them to me.” So all the people took off their earrings and brought them to Aaron. He took what they gave him and he fashioned it with a tool and made it into a molten Calf. Then they said, “This is your god, Israel, who brought you up out of Egypt.” (Ex. 32:1-4)

God becomes angry. Moses pleads with Him to spare the people. He then descends the mountain, sees what has happened, smashes the Tablets of the Law he has brought down with him, burnes the idol, grinds it to powder, mixes it with water and makes the Israelites drink it. Then he turns to Aaron his brother and asks, “What have you done?”

“Do not be angry, my lord,” Aaron answered. “You know how these people are prone to evil. They said to me, ‘Make us a god who will go before us. As for this man Moses who brought us up out of Egypt, we don’t know what has happened to him.’ So I told them, ‘Whoever has any gold jewellery, take it off.’ Then they gave me the gold, and I threw it into the fire, and out came this Calf!” (Ex. 32:22-24)

Aaron blames the people. It was they who made the illegitimate request. He denies responsibility for making the Calf. It just happened. “I threw it into the fire, and out came this Calf!” This is the same kind of denial of responsibility we recall from the story of Adam and Eve. The man says, “It was the woman.” The woman says, “It was the serpent.” It happened. It wasn’t me. I was the victim not the perpetrator. In anyone such evasion is a moral failure; in a leader such as Saul the King of Israel and Aaron the High Priest, all the more so.

The odd fact is that Aaron was not immediately punished. According to the Torah he was condemned for another sin altogether when, years later, he and Moses spoke angrily against the people complaining about lack of water: “Aaron will be gathered to his people. He will not enter the land I give the Israelites, because both of you rebelled against My command at the waters of Meribah” (Num. 20:24).

It was only later still, in the last month of Moses’ life, that Moses told the people a fact that he had kept from them until that point: “I feared the anger and wrath of the Lord, for He was angry enough with you to destroy you. But again the Lord listened to me. And the Lord was angry enough with Aaron to destroy him, but at that time I prayed for Aaron too.” (Deut. 9:19-20) God, according to Moses, was so angry with Aaron for the sin of the Golden Calf that He was about to kill him, and would have done so had it not been for Moses’ prayer.

It is easy to be critical of people who fail the leadership test when it involves opposing the crowd, defying the consensus, blocking the path the majority are intent on taking. The truth is that it is hard to oppose the mob. They can ignore you, remove you, even assassinate you. When a crowd gets out of control there is no elegant solution. Even Moses was helpless in the face of the people’s demands during the later episode of the spies (Num. 14:5).

Nor was it easy for Moses to restore order. He did so with the most dramatic of acts: smashing the Tablets and grinding the Calf to dust. He then asked for support and was given it by his fellow Levites. They took reprisals against the crowd, killing three thousand people that day. History judges Moses a hero but he might well have been seen by his contemporaries as a brutal autocrat. We, thanks to the Torah, know what passed between God and Moses at the time. The Israelites at the foot of the mountain knew nothing of how close they had come to being utterly destroyed.

Tradition dealt kindly with Aaron. He is portrayed as a man of peace. Perhaps that is why he was made High Priest. There is more than one kind of leadership, and priesthood involves following rules, not taking stands and swaying crowds. The fact that Aaron was not a leader in the same mould as Moses does not mean that he was a failure. It means that he was made for a different kind of role. There are times when you need someone with the courage to stand against the crowd, others when you need a peacemaker. Moses and Aaron were different types. Aaron failed when he was called on to be a Moses, but he became a great leader in his own right in a different capacity. And as two different leaders working together, Aaron and Moses complemented one another. No one person can do everything.

The truth is that when a crowd runs out of control, there is no easy answer. That is why the whole of Judaism is an extended seminar in individual and collective responsibility. Jews do not, or should not, form crowds. When they do, it may take a Moses to restore order. But it may take an Aaron, at other times, to maintain the peace.

[1] This statement has been attributed to Benjamin Disraeli, Stanley Baldwin and Alexandre Auguste Ledru-Rollin.