The Closeness of God 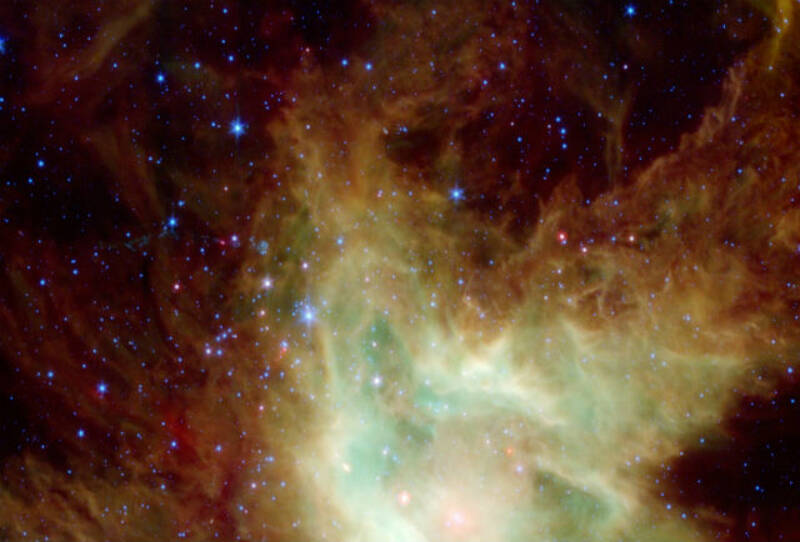 The more I study the Torah, the more conscious I become of the immense mystery of Exodus 33. This is the chapter set in the middle of the Golden Calf narrative, between chapter 32 describing the sin and its consequences, and chapter 34, God’s revelation to Moses of the “Thirteen attributes of Mercy”, the second set of Tablets and the renewal of the covenant. It is, I believe, this mystery that frames the shape of Jewish spirituality.

What makes chapter 33 perplexing is, first, that it is not clear what it is about. What was Moses doing? In the previous chapter he had already prayed twice for the people to be forgiven. In chapter 34 he prays for forgiveness again. What then was he trying to achieve in chapter 33?

Second, Moses’ requests are strange. He says, “Show me now Your ways” and “Show me now Your glory” (Ex. 33:13, Ex. 33:18). These seem more requests for metaphysical understanding or mystical experience than for forgiveness. They have to do with Moses as an individual, not with the people on whose behalf he was praying. This was a moment of national crisis. God was angry. The people were traumatised. The whole nation was in disarray. This was not the time for Moses to ask for a seminar in theology.

Third, more than once the narrative seems to be going backward in time. In verse 4, for example, it says “No man put on his ornaments”, then in the next verse God says, “Now, then, remove your ornaments.” In verse 14, God says, “My presence will go with you.” In verse 15, Moses says, “If Your presence does not go with us, do not make us leave this place.” In both cases, time seems to be reversed: the second sentence is responded to by the one before. The Torah is clearly drawing our attention to something, but what?

Add to this the mystery of the Calf itself – was it or was it not an idol? The text states that the people said, “This, Israel, is your God who brought you out of Egypt” (Ex. 32:4). But it also says that they sought the Calf because they did not know what had happened to Moses. Were they seeking a replacement for him or God? What was their sin?

Surrounding it all is the larger mystery of the precise sequence of events involved in the long passages about the Mishkan, before and after the Golden Calf. What was the relationship between the Sanctuary and the Calf?

At the heart of the mystery is the odd and troubling detail of verses 7-11. This tells us that Moses took his tent and pitched it outside the camp. What has this to do with the subject at hand, namely the relationship between God and the people after the Golden Calf? In any case, it was surely the worst possible thing for Moses to do at that time under those circumstances. God had just announced that “I will not go in your midst” (Ex. 33:3). At this, the people were deeply distressed. They “went into mourning” (Ex. 33:4). For Moses, then, to leave the camp must have been doubly demoralising. At times of collective distress, a leader has to be close to the people, not distant.

There are many ways of reading this cryptic text, but it seems to me the most powerful and simple interpretation is this. Moses was making his most audacious prayer, so audacious that the Torah does not state it directly and explicitly. We have to reconstruct it from anomalies and clues within the text itself.

The previous chapter implied that the people panicked because of the absence of Moses, their leader. God Himself implied as much when He said to Moses, “Go down, because your people, whom you brought up out of Egypt, have become corrupt” (32:7). The suggestion is that Moses’ absence or distance was the cause of the sin. He should have stayed closer to the people. Moses took the point. He did go down. He did punish the guilty. He did pray for God to forgive the people. That was the theme of chapter 32. But in chapter 33, having restored order to the people, Moses now began on an entirely new line of approach. He was, in effect, saying to God: what the people need is not for me to be close to them. I am just a human, here today, gone tomorrow. But You are eternal. You are their God. They need You to be close to them.

It was as if Moses was saying, “Until now, they have experienced You as a terrifying, elemental force, delivering plague after plague to the Egyptians, bringing the world’s greatest empire to its knees, dividing the sea, overturning the very order of nature itself. At Mount Sinai, merely hearing Your Voice, they were so overwhelmed that they said, if we continue to hear the Voice, ‘we will die’ (Ex. 20:16).” The people needed, said Moses, to experience not the greatness of God but the closeness of God, not God heard in thunder and lightning at the top of the mountain but as a perpetual Presence in the valley below.

That is why Moses removed his tent and pitched it outside the camp, as if to say to God: it is not my presence the people need in their midst, but Yours. That is why Moses sought to understand the very nature of God Himself. Is it possible for God to be close to where people are? Can transcendence become immanence? Can the God who is vaster than the universe live within the universe in a predictable, comprehensible way, not just in the form of miraculous intervention?

To this, God replied in a highly structured way. First, He said, you cannot understand My ways. “I will be gracious to whom I will be gracious and I will show mercy to whom I will show mercy” (Ex. 33:19). There is an element of Divine justice that must always elude human comprehension. We cannot fully enter into the mind of another human being, how much less so the mind of the Creator Himself.

Second, “You cannot see My face, for no one can see Me and live” (Ex. 33:20). Humans can at best “See My back.” Even when God intervenes in history, we can see this only in retrospect, looking back. Steven Hawking was wrong.[1] Even if we decode every scientific mystery, we still will not know the mind of God.

However, third, you can see My “glory”. That is what Moses asked for, once he realised that he could never know God’s “ways” or see His “face”. That is what God caused to pass by as Moses stood “in a cleft of the rock” (v. 22). We do not know at this stage, exactly what is meant by God’s glory, but we discover this at the very end of the book of Exodus. Chapters 35-40 describe how the Israelites built the Mishkan. When it is finished and assembled we read this:

We now understand the entire drama set in motion by the making of the Golden Calf. Moses pleaded with God to come closer to the people, so that they would encounter Him not only at unrepeatable moments in the form of miracles but regularly, on a daily basis, and not only as a force that threatens to obliterate all it touches but as a Presence that can be sensed in the heart of the camp.

That is why God commanded Moses to instruct the people to build the Mishkan. It is what He meant when He said: “Let them make Me a Sanctuary and I will dwell (ve-shachanti) among them” (Ex. 25:8). It is from this verb that we get the word Mishkan, “Tabernacle” and the post-biblical word Shechinah, meaning the Divine Presence. A shachen is a neighbour, one who lives next door. Applied to God it means “the Presence that is close.” If this is so – it is, for example, the way Judah Halevi understood the text[2] – then the entire institution of the Mishkan was a Divine response to the sin of the Golden Calf, and an acceptance by God of Moses’ plea that He come close to the people. We cannot see God’s face; we cannot understand God’s ways; but we can encounter God’s glory whenever we build a home, on earth, for His presence.

That is the ongoing miracle of Jewish spirituality. No one before the birth of Judaism ever envisaged God in such abstract and awe-inspiring ways: God is more distant than the furthest star and more eternal than time itself. Yet no religion has ever felt God to be closer. In Tanach the prophets argue with God. In the book of Psalms King David speaks to Him in terms of utmost intimacy. In the Talmud God listens to the debates between the Sages and accepts their rulings even when they go against a heavenly voice. God’s relationship with Israel, said the prophets, is like that between a parent and a child, or between a husband and a wife. In The Song of Songs it is like that between two infatuated lovers. The Zohar, key text of Jewish mysticism, uses the most daring language of passion, as does Yedid nefesh, the poem attributed to the sixteenth century Tzefat kabbalist R. Elazar Azikri.

That is one of the striking differences between the synagogues and the cathedrals of the Middle Ages. In a cathedral you sense the vastness of God and the smallness of humankind. But in the Altneushul in Prague or the synagogues of the Ari and R. Joseph Karo in Tzefat, you sense the closeness of God and the potential greatness of humankind. Many nations worship God, but Jews are the only people to count themselves His close relatives (“My child, my firstborn, Israel”, Ex. 4:22).

Between the lines of Exodus 33, if we listen attentively enough, we sense the emergence of one of the most distinctive and paradoxical features of Jewish spirituality. No religion has ever held God higher, but none has ever felt Him closer. That is what Moses sought and achieved in Exodus 33 in his most daring conversation with God.

[1] He famously said, at the end of A Brief History of Time, that if we were to reach a full scientific understanding of the cosmos, we would “know the mind of God.”
[2] Judah Halevi, The Kuzari, 1:97.