Hierarchy and Politics: The Never-Ending Story 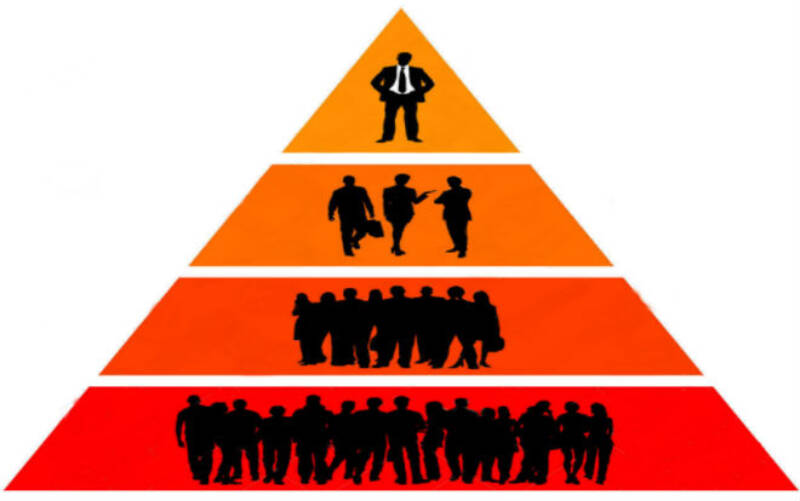 It was a classic struggle for power. The only thing that made it different from the usual dramas of royal courts, parliamentary meetings or corridors of power was that it took place in Burgers’ Zoo in Arnhem, Holland, and the key characters were male chimpanzees.

Frans de Waal’s study, Chimpanzee Politics,[1] has rightly become a classic. In it he describes how the alpha male, Yeroen, having been the dominant force for some time, found himself increasingly challenged by a young pretender, Luit. Luit could not depose Yeroen on his own, so he formed an alliance with another young contender, Nikkie. Eventually Luit succeeded and Yeroen was deposed.

Luit was good at his job. He was skilled at peacekeeping within the group. He stood up for the underdog and as a result was widely respected. The females recognised his leadership qualities and were always ready to groom him and let him play with their children. Yeroen had nothing to gain by opposing him. He was already too old to become alpha male again. Nonetheless, Yeroen decided to join forces with the young Nikkie. One night they caught Luit unawares and killed him. The deposed alpha male had his revenge.

Reading the story I thought of the story of Hillel in Pirkei Avot (2:6): “He saw a skull floating upon the water, and said: Because you drowned others, you were drowned; and those who drowned you, will themselves be drowned.” In fact, so humanlike were power-struggles among the chimpanzees that in 1995, Newt Gingrich, Republican Speaker of the House of Representatives, included de Waal’s work among the twenty-five books he recommended young congressional Republicans to read.[2]

Korach was a graduate of the same Machiavellian school of politics. He understood the three ground rules. First you have to be a populist. Play on people’s discontents and make it seem as if you are on their side against the current leader. “You have gone too far!” he said to Moses and Aaron. “The whole community is holy, every one of them, and the Lord is with them. Why then do you set yourselves above the Lord’s assembly?”

Second, assemble allies. Korach himself was a Levite. His grievance was that Moses had appointed his brother Aaron as High Priest. Evidently he felt that as Moses’ cousin – son of Yitzhar, the brother of Moses’ and Aaron’s father Amram – he felt that the position should have gone to him. He thought it unfair that both leadership roles should have gone to a single family within the clan.

Korach could hardly expect much support from within his own tribe. The other Levites had nothing to gain by deposing Aaron. Instead he found allies among two other disaffected groups: the Reubenites, Dathan and Aviram, and “250 Israelites who were men of rank within the community, representatives at the assembly, and famous.” The Reubenites were aggrieved that as descendants of Jacob’s firstborn, they had no special leadership roles. According to Ibn Ezra, the 250 “men of rank” were upset that, after the sin of the Golden Calf, leadership had passed from the firstborn within each tribe to the single tribe of Levi.

The revolt was bound eventually to fail since their grievances were different and could not all be satisfied. But that has never stopped unholy alliances. People with a grudge are more intent on deposing the current leader than on any constructive plan of action of their own. “Hate defeats rationality,” said the Sages.[3] Injured pride, the feeling that honour should have gone to you, not him, has led to destructive and self-destructive action for as long as humans have existed on earth.

Third, choose the moment when the person you seek to depose is vulnerable. Ramban notes that the Korach revolt took place immediately after the episode of the spies and the ensuing verdict that the people would not enter the land until the next generation. So long as the Israelites, whatever their complaints, felt that they were moving toward their destination, there was no realistic chance of rousing the people in revolt. Only when they realised that they would not live to cross the Jordan was rebellion possible. The people seemingly had nothing to lose.

The comparison between human and chimpanzee politics is not meant lightly. Judaism has long understood that Homo sapiens is a mix of what the Zohar calls nefesh ha-behamit and nefesh ha-Elokit, the animal soul and the Godly soul. We are not disembodied minds. We have physical desires and these are encoded in our genes. Scientists speak today about three systems: the ‘reptile’ brain that produces the most primal fight-or-flight responses, the ‘monkey’ brain that is social, emotional and sensitive to hierarchy, and the human brain, the prefrontal cortex, that is slow, reflective and capable of thinking through consequences of alternative courses of action. This confirms what Jews and others, Plato and Aristotle among them, have long known. It is in the tension and interplay between these systems that the drama of human freedom is played out.

In his most recent book, Frans de Waal notes that “among chimpanzees, hierarchy permeates everything.” Among the females this is taken for granted and does not lead to conflict. But among males, “power is always up for grabs.” It “has to be fought for and jealously guarded against contenders.” Male chimpanzees are “schmoozing and scheming Machiavellians.”[4] The question is: Are we?

This is not a minor question. It may even be the most important of all if humanity is to have a future. Anthropologists are generally agreed that the earliest humans, the hunter-gatherers, were generally egalitarian. Everyone had his or her part to play in the group. Their main tasks were to stay alive, find food, and avoid predators. There was no such thing as accumulated wealth. It was only with the development of agriculture, cities and trade that hierarchy came to dominate human societies. There was usually an absolute leader, a governing (literate) class, and the masses, used as labour in monumental building schemes and as troops for the imperial army. Judaism enters the world as a protest against this kind of structure.

We see this in the opening chapter of the Torah in which God creates the human person in His image and likeness, meaning that we are all equally fragments of the Divine. Why, asked the Sages, was man created singly? “So that no one could say, My ancestors were greater than yours.” Something of this egalitarianism can be heard in Moses’ remark to Joshua, “Would that all the Lord’s people were prophets, that He would rest his spirit on them.”

However, like many of the Torah’s ideals – among them vegetarianism, the abolition of slavery and the institution of monogamy – egalitarianism could not happen overnight. It would take centuries, millennia, and in many respects has not yet been fully achieved.

There were two hierarchical structures in biblical Israel. There were kings and there were priests, among them the High Priest. Both were introduced after a crisis: monarchy after the failure of the rule of the ‘judges’, the Levitical and Aaronide priesthood after the sin of the Golden Calf. Both led, inevitably, to tension and division.

Biblical Israel survived as a united kingdom[5] for only three generations of kings and then split in two. The priesthood became a major source of division in the late Second Temple period, leading to sectarian divisions between Sadducees, Boethusians and the rest. The story of Korach explains why. Where there is hierarchy, there will be competition as to who is the alpha male.

Is hierarchy an inevitable feature of all advanced civilisations? Maimonides seems to say Yes. For him, monarchy was a positive institution, not a mere concession. Abarbanel seems to say No. There are passages in his writing that suggest he was a utopian anarchist who believed that in an ideal world no one would rule over anyone. We would each acknowledge only the sovereignty of God.

Putting together the story of Korach and Frans de Waal’s chimpanzee version of House of Cards, the conclusion seems to follow that where there is hierarchy, there will be struggles to be alpha male. The result is what Thomas Hobbes called “a perpetual and restless desire of power after power, that ceaseth only in death.”

That is why the rabbis focused their attention not on the hierarchical crowns of kingship or priesthood but on the non-hierarchical crown of Torah, which is open to all who seek it. Here competition leads not to conflict but to an increase of wisdom,[6] and where Heaven itself, seeing Sages disagree, says, “These and those are the words of the living God.”[7]

The Korach story repeats itself in every generation. The antidote is daily immersion in the alternative world of Torah-study that seeks truth not power, and values all equally as voices in a sacred conversation.

[1] Frans de Waal, Chimpanzee Politics, London, Cape, 1982.
[2] This essay was written in the days following the Brexit vote in Britain, when a struggle was taking place over the leadership of both main political parties. I leave it to the reader to draw any comparisons, either with primate politics or the story of Korach.
[3] Bereishit Rabbah 55:8.
[4] Frans de Waal, Are we smart enough to know how smart animals are? New York, Norton, 2016, 168.
[5] Following the Brexit vote, the question is being asked in Britain as to whether the United Kingdom will remain a united kingdom.
[6] Baba Batra 21a.
[7] Eruvin 13b; Gittin 6b.