The Courage not to Conform 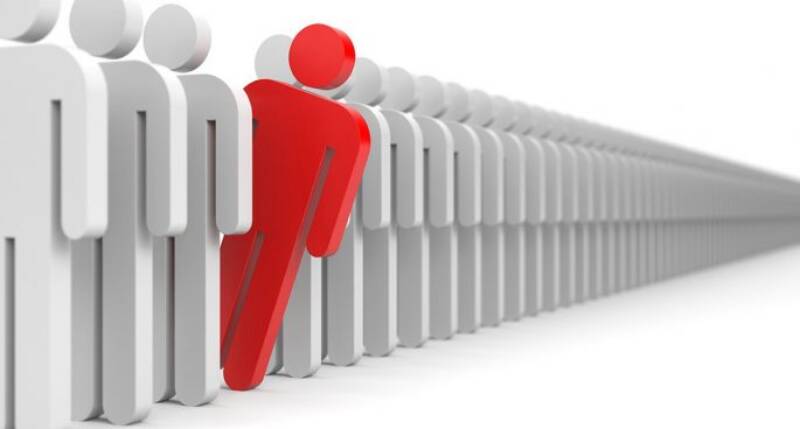 Leaders lead. That does not mean to say that they do not follow. But what they follow is different from what most people follow. They don’t conform for the sake of conforming. They don’t do what others do merely because others are doing it. They follow an inner voice, a call. They have a vision, not of what is, but of what might be. They think outside the box. They march to a different tune.

Never was this more dramatically signalled than in the first words of God to Abraham, the words that set Jewish history in motion: “Leave your land, your birthplace and your father’s house and go to the land that I will show you. (Gen. 12:1)”

Why? Because people do conform. They adopt the standards and absorb the culture of the time and place in which they live – “your land.” At a deeper level, they are influenced by friends and neighbours – “your birthplace.” More deeply still they are shaped by their parents, and the family in which they grew up – “your father’s house.”

I want you, says God to Abraham, to be different. Not for the sake of being different, but for the sake of starting something new: a religion that will not worship power and the symbols of power – for that is what idols really were and are. I want you, said God, to “teach your children and your household afterward to follow the way of the Lord by doing what is right and just” (Gen. 18:19).

To be a Jew is to be willing to challenge the prevailing consensus when, as so often happens, nations slip into worshipping the old gods. They did so in Europe throughout the nineteenth and early twentieth century. That was the age of nationalism: the pursuit of power in the name of the nation-state that led to two world wars and tens of millions of deaths. It is the age we are living in now as North Korea acquires and Iran pursues nuclear weapons so that they can impose their ambitions by force. It is what is happening today throughout much of the Middle East and Africa as nations descend into violence and into what Hobbes called “the war of every man against every man.”[1]

We make a mistake when we think of idols in terms of their physical appearance – statues, figurines, icons. In that sense they belong to the ancient times we have long outgrown. The way to think of idols is in terms of what they represent. They symbolise power. That is what Ra was for the Egyptians, Baal for the Canaanites, Chemosh for the Moabites, Zeus for the Greeks, and what missiles and bombs are for terrorists and rogue states today.

Power allows us to rule over others without their consent. As the Greek historian Thucydides put it: “The strong do what they wish and the weak suffer what they must.”[2] Judaism is a sustained critique of power. That is the conclusion I have reached after a lifetime of studying our sacred texts. It is about how a nation can be formed on the basis of shared commitment and collective responsibility. It is about how to construct a society that honours the human person as the image and likeness of God. It is about a vision, never fully realised but never abandoned, of a world based on justice and compassion, in which “They will neither harm nor destroy on all My holy mountain, for the earth will be filled with the knowledge of the Lord as the waters cover the sea” (Isaiah 11:9).

Abraham is without doubt the most influential person who ever lived. Today he is claimed as the spiritual ancestor of 2.3 billion Christians, 1.8 billion Muslims and 14 million Jews, more than half the people alive today. Yet he ruled no empire, commanded no great army, performed no miracles and proclaimed no prophecy. He is the supreme example in all of history of influence without power.

Why? Because he was prepared to be different. As the Sages say, he was called ha-ivri, “the Hebrew,” because “all the world was on one side (be-ever echad) and he was on the other”.[3] Leadership, as every leader knows, can be lonely. Yet you continue to do what you have to do because you know that the majority is not always right and conventional wisdom is not always wise. Dead fish go with the flow. Live fish swim against the current. So it is with conscience and courage. So it is with the children of Abraham. They are prepared to challenge the idols of the age.

After the Holocaust, some social scientists were haunted by the question of why so many people were prepared, whether by active participation or silent consent, to go along with a regime that was committing one of the great crimes against humanity. One key experiment was conducted by Solomon Asch. He assembled a group of people, asking them to perform a series of simple cognitive tasks. They were shown two cards, one with a line on it, the other with three lines of different lengths, and asked which was the same size as the line on the first. Unbeknown to one participant, all the others had been briefed by Asch to give the correct answer for the first few cards, and then to answer incorrectly for most of the rest. On a significant number of occasions the experimental subject gave an answer he could see was the wrong, because everyone else had done so. Such is the power of the pressure to conform: it can lead us to say what we know is untrue.

More frightening still was the Stanford experiment carried out in the early 1970s by Philip Zimbardo. The participants were randomly assigned roles as guards or prisoners in a mock prison. Within days the students cast as guards were behaving abusively, some of them subjecting the “prisoners” to psychological torture. The students cast as prisoners put up with this passively, even siding with the guards against those who resisted. The experiment was called off after six days, by which time even Zimbardo had found himself drawn into the artificial reality he had created. The pressure to conform to assigned roles is strong enough to lead people into doing what they know is wrong.

That is why Abraham, at the start of his mission, was told to leave “his land, his birthplace and his father’s house,” to free himself from the pressure to conform. Leaders must be prepared not to follow the consensus. One of the great writers on leadership, Warren Bennis, writes: “By the time we reach puberty, the world has shaped us to a greater extent than we realise. Our family, friends, and society in general have told us – by word and example – how to be. But people begin to become leaders at that moment when they decide for themselves how to be.”[4]

One reason why Jews have become, out of all proportion to their numbers, leaders in almost every sphere of human endeavour, is precisely this willingness to be different. Throughout the centuries, Jews have been the most striking example of a group that refused to assimilate to the dominant culture or convert to the dominant faith.

One other finding of Solomon Asch is worth noting. He noted that when just one other person was willing to support the individual who could see that the others were giving the wrong answer, it gave him the strength to stand up against the consensus. That is why, however small their numbers, Jews created communities. It is hard to lead alone, far less hard to lead in the company of others even if you are a minority.

Judaism is the counter-voice in the conversation of humankind. As Jews, we do not follow the majority merely because it is the majority. In age after age, century after century, Jews were prepared to do what the poet Robert Frost immortalised:

Two roads diverged in a wood, and I,
I took the one less travelled by,
And that has made all the difference.[5]

It is what makes a nation of leaders.