The Complexity of Human Rights 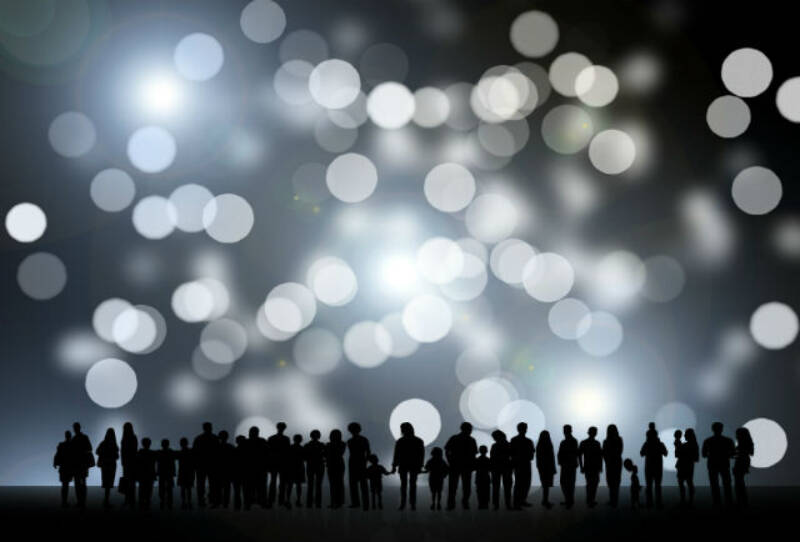 The book of Bamidbar comes to a close that is very strange indeed. Earlier in the parsha of Pinchas we read of how the five daughters of Tzelophehad came to Moses with a claim based on justice and human rights.[1] Their father had died without sons. Inheritance – in this case, of a share in the land – passes through the male line, but here there was no male line. Surely their father was entitled to his share, and they were his only heirs. By rights that share should come to them:

“Why should our father’s name be disadvantaged in his family merely because he did not have a son? Give us a portion of land along with our father’s brothers” .

Moses had received no instruction about such an eventuality, so he asked God directly. God found in favour of the women. “The daughters of Tzelophehad are right. You shall give them possession of an inheritance among their father’s brothers and transfer the inheritance of their father to them.” He gave Moses further instructions about the disposition of inheritance, and the narrative then passes on to other matters.

Only now, right at the end of the book, does the Torah report on an event that arose directly from that case. Leaders of Tzelophehad’s tribe, Menasheh, son of Joseph, came and made the following complaint. If the land were to pass to Tzelophehad’s daughters and they married men from another tribe, the land would eventually pass to their husbands, and thus to their husband’s tribes. Thus land that had initially been granted to the tribe of Menasheh might be lost to it in perpetuity.

Again, Moses took the case to God, who offered a simple solution. The daughters of Tzelophehad were entitled to the land, but so too was the tribe. Therefore, if they wish to take possession of the land, they must marry men from within their own tribe. That way both claims could be honoured. The daughters did not lose their right to the land but they did lose some freedom in choosing a marriage partner.

The two passages are intimately related. They use the same terminology. Both Tzelophehad’s daughters and the leaders of the clan “draw near”. They use the same verb to describe their potential loss: yigara, “disadvantaged, diminished”. God replies in both cases with the same locution, “kein … dovrot/dovrim,” rightly do they speak.[2] Why then are the two episodes separated in the text? Why does the book of Numbers end on this seemingly anticlimactic note? And does it have any relevance today?

Bamidbar is a book is about individuals. It begins with a census, whose purpose is less to tell us the actual number of Israelites than to “lift” their “heads”, the unusual locution the Torah uses to convey the idea that when God orders a census it is to tell the people that they each count. The book also focuses on the psychology of individuals. We read of Moses’ despair, of Aaron and Miriam’s criticism of him, of the spies who lacked the courage to come back with a positive report, and of the malcontents, led by Korach, who challenged Moses’ leadership. We read of Joshua and Caleb, Eldad and Medad, Datham and Aviram, Zimri and Pinchas, Balak and Bilam and others. This emphasis on individuals reaches a climax in Moses’ prayer to “God of the spirits of all flesh” to appoint a successor – understood by the Sages and Rashi to mean, appoint a leader who will deal with each individual as an individual, who will relate to people in their uniqueness and singularity.

That is the context of the claim of Tzelophehad’s daughters. They were claiming their rights as individuals. Justly so. As many of the commentators pointed out, the behaviour of the women throughout the wilderness years was exemplary while that of the men was the opposite. The men, not the women, gave gold for the golden calf. The spies were men: a famous comment by the Kli Yakar (R. Shlomo Ephraim Luntschitz, 1550 –1619) suggests that had Moses sent women instead, they would have come back with a positive report.[3] Recognising the justice of their cause, God affirmed their rights as individuals.

But society is not built on individuals alone. As the book of Judges points out, individualism is another name for chaos: “In those days there was no king in Israel, everyone did what was right in their own eyes.” Hence the insistence, throughout Bamidbar, on the central role of the tribes as the organising principle of Jewish life. The Israelites were numbered tribe by tribe. The Torah sets out their precise encampment around the Mishkan and the order in which they were to journey. In Naso, at inordinate length, the Torah repeats the gifts of each tribe at the inauguration of the Mishkan, despite the fact that they each gave exactly the same. The tribes were not accidental to the structure of Israel as a society. Like the United States of America, whose basic political structure is that of a federation of (originally thirteen, now fifty) states, so Israel was (until the appointment of a king) a federation of tribes.

The existence of something like tribes is fundamental to a free society.[4] The modern state of Israel is built on a vast panoply of ethnicities – Ashkenazi, Sefardi, Jews from Eastern, Central and Western Europe, Spain and Portugal, Arab lands, Russia and Ethiopia, America, South Africa, Australia and other places, some Hassidic, some Yeshiva-ish, others “Modern”, others “Traditional”, yet others secular and cultural.

We each have a series of identities, based partly on family background, partly on occupation, partly on locality and community. These “mediating structures”, larger than the individual but smaller than the state, are where we develop our complex, vivid, face-to-face interactions and identities. They are the domain of family, friends, neighbours and colleagues, and they make up what is collectively known as civil society. A strong civil society is essential to freedom.[5

That is why, alongside individual rights, a society must make space for group identities. The classic instance of the opposite came in the wake of the French revolution. In the course of the debate in the French Revolutionary Assembly in 1789, the Count of Clermont-Tonnerre made his famous declaration, “To the Jews as individuals, everything. To the Jews as a nation, nothing.” If they insisted on defining themselves as a nation, that is, as a distinct subgroup within the republic, said the Count, “we shall be compelled to expel them.”

Initially, this sounded reasonable. Jews were being offered civil rights in the new secular nation state. However, it was anything but. It meant that Jews would have to give up their identity as Jews in the public domain. Nothing – not religious or ethnic identity – should stand between the individual and the state. It was no accident that a century later, France became one of the epicentres of European antisemitism, beginning with Édouard Drumont’s vicious La France Juive, 1886, and culminating in the Dreyfus trial. Hearing the Parisian crowd shout “Mort aux Juifs”, Theodor Herzl realised that Jews had still not been accepted as citizens of Europe, despite all the protestations to the contrary. Jews found themselves regarded as a tribe in a Europe that claimed to have abolished tribes. European emancipation recognised individual rights but not collective ones.

The primatologist Frans de Waal, whose work among the bonobos we mentioned in this year’s Covenant and Conversation on Korach, makes the point powerfully. Almost the whole of modern Western culture, he says, was built on the idea of autonomous, choosing individuals. But that is not who we are. We are people with strong attachments to family, friends, neighbours, allies, co-religionists and people of the same ethnicity. He continues:

A morality exclusively concerned with individual rights tends to ignore the ties, needs and interdependencies that have marked our existence from the very beginning. It is a cold morality that puts space between people, assigning each person to his or her own little corner of the universe. How this caricature of a society arose in the minds of eminent thinkers is a mystery.[6]

That is precisely the point the Torah is making when it divides the story of the daughters of Tzelophehad into two. The first part, in parshat Pinchas, is about individual rights, the rights of Tzelophehad’s daughters to a share in the land. The second, at the end of the book, is about group rights, in this case the right of the tribe of Menasheh to its territory. The Torah affirms both, because both are necessary to a free society.

Many of the most seemingly intractable issues in contemporary Jewish life have appeared because Jews, especially in the West, are used to a culture in which individual rights are held to override all others. We should be free to live as we choose, worship as we choose, and identify as we choose. But a culture based solely on individual rights will undermine families, communities, traditions, loyalties, and shared codes of reverence and restraint.

[1] The word “rights” is, of course, an anachronism here. The concept was not born until the seventeenth century. Nonetheless it is not absurd to suggest that this is what is implied in the daughters’ claim, “Why should our father’s name be disadvantaged?”
[2] These two passages may well be the source of the story of the rabbi who hears both sides of a marital dispute, and says to both husband and wife, “You are right.” The rabbi’s disciple asks, “How can they both be right?” to which the rabbi replies, “You too are right.”
[3] Kli Yakar to Num. 13:2.
[4] See most recently Sebastian Junger: Tribe: On homecoming and belonging, Fourth Estate, 2016.
[5] This is the argument made most powerfully by Edmond Burke and Alexis de Tocqueville.
[6] Frans de Waal, Good Natured, Harvard University Press, 1996, 167.