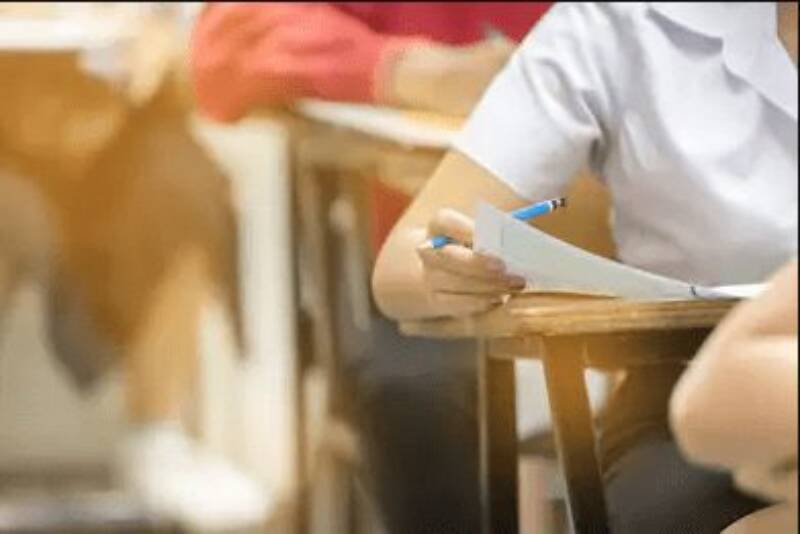 The Israelites were almost within sight of the Promised Land. They had successfully waged their first battles. They had just won a victory over the Midianites. There is a new tone to the narrative. We no longer hear the querulous complaints that had been the bass note of so much of the wilderness years.

We know why. That undertone was the sound of the generation, born in slavery, that had left Egypt. By now, almost forty years have passed. The second generation, born in freedom and toughened by conditions in the desert, have a more purposeful feel about them. Battle-tried, they no longer doubt their ability, with God’s help, to fight and win.

Yet it is at just this point that a problem arises, different in kind from those that had gone before. The people as a whole now have their attention focused on the destination: the land west of the river Jordan, the place that even the spies had confirmed to be “flowing with milk and honey” (Num. 13:27).

The members of the tribes of Reuben and Gad, though, begin to have different thoughts. Seeing that the land through which they were travelling was ideal for raising cattle, they decide that they would prefer to stay there, to the east of the Jordan, and propose this to Moses. Unsurprisingly, he is angry at the suggestion: “Moses said to the Gadites and Reubenites, ‘Are your brothers to go to war while you stay here? Why would you discourage the Israelites from going over into the land the Lord has given them?’” (Num. 32:6–7). He reminds them of the disastrous consequences of the earlier discouragement on the part of the spies. The whole nation will suffer.

This decision would show not only that they are ambivalent about God’s gift of the land but also that they have learned nothing from history.

The tribes do not argue with his claim. They accept its validity, but they point out that his concern is not incompatible with their objectives. They suggest a compromise:

Then they came up to him and said, “We would like to build sheepfolds for our flocks and towns for our children. But we will then arm ourselves and go as an advance guard before the Israelites until we have established them in their home. Meanwhile our children will live in fortified cities, for protection from the inhabitants of the land. We will not return to our homes until every Israelite has received his inheritance. We will not receive any inheritance with them on the other side of the Jordan, because our inheritance has come to us on the east side of the Jordan.”

We are willing, in other words, to join the rest of the Israelites in the battles that lie ahead. Not only this, but we are prepared to be the nation’s advance guard, in the forefront of the battle. We are not afraid of combat, nor are we trying to evade our responsibilities to our people as a whole. It is simply that we wish to raise cattle, and for this, the land to the east of the Jordan is ideal. Warning them of the seriousness of their undertaking, Moses agrees. If they keep their word, they will be allowed to settle east of the Jordan. And so, indeed, it happened (Josh. 22:1–5).

That is the story on the surface. But as so often in the Torah, there are subtexts as well as texts. One in particular was noticed by the Sages, with their sensitivity to nuance and detail. Listen carefully to what the Reubenites and Gadites said: “Then they came up to him and said, ‘We would like to build sheepfolds for our flocks and towns for our children.’” Moses replied: “Build towns for your children, and sheepfolds for your flocks, but do what you have promised” (Num. 32:24).

The ordering of the nouns here is crucial. The men of Reuben and Gad put property before people: they spoke of their flocks first, their children second.[1] Moses reversed the order, putting special emphasis on the children.

They paid more regard to their property than to their sons and daughters, because they mentioned their cattle before the children. Moses said to them: “Not so. Make the main thing primary and the subordinate thing secondary. First build cities for your children, and only then, folds for your flocks.”

A Midrash[2] makes the same point by way of an ingenious interpretation of a verse in Ecclesiastes: “The heart of the wise inclines to the right, but the heart of the fool to the left” (Eccl. 10:2). The Midrash identifies “right” with Torah and life: “He brought the fire of a religion to them from his right hand” (Deut. 33:2). “Left,” by contrast, refers to worldly goods:

Long life is in her right hand;
In her left hand are riches and honour.

Hence, infers the Midrash, the men of Reuben and Gad put “riches and honour” before faith and posterity. Moses hints to them that their priorities are wrong. The Midrash continues: “The Holy One, Blessed Be He, said to them: ‘Seeing that you have shown greater love for your cattle than for human souls, by your life, there will be no blessing in it.’”

This turned out to be not a minor incident in the wilderness long ago, but rather, a consistent pattern throughout much of Jewish history. The fate of Jewish communities, for the most part, was determined by a single factor: their decision, or lack of decision, to put children and their education first. Already in the first century, Josephus was able to write: “The result of our thorough education in our laws, from the very dawn of intelligence, is that they are, as it were, engraved on our souls.”[3] The Rabbis ruled that “any town that lacks children at school is to be excommunicated” (Shabbat 119b). Already in the first century, the Jewish community in Israel had established a network of schools at which attendance was compulsory (Bava Batra 21a) – the first such system in history.

The pattern persisted throughout the Middle Ages. In twelfth-century France a Christian scholar noted: “A Jew, however poor, if he has ten sons, will put them all to letters, not for gain as the Christians do, but for the understanding of God’s law – and not only his sons, but his daughters too.”[4]

In 1432, at the height of Christian persecution of Jews in Spain, a synod was convened at Valladolid to institute a system of taxation to fund Jewish education for all.[5] In 1648, at the end of the Thirty Years’ War, the first thing Jewish communities in Europe did to re-establish Jewish life was to re-organise the educational system. In their classic study of the shtetl, the small townships of Eastern Europe, Zborowski and Herzog write this about the typical Jewish family:

The most important item in the family budget is the tuition fee that must be paid each term to the teacher of the younger boys’ school. Parents will bend the sky to educate their son. The mother, who has charge of household accounts, will cut the family food costs to the limit if necessary, in order to pay for her son’s schooling. If the worst comes to the worst, she will pawn her cherished pearls in order to pay for the school term. The boy must study, the boy must become a good Jew – for her the two are synonymous.[6]

In 1849, when Samson Raphael Hirsch became Rabbi in Frankfurt, he insisted that the community create a school before building a synagogue. After the Holocaust, the few surviving yeshiva heads and chassidic leaders concentrated on encouraging their followers to have children and build schools.[7]

It is hard to think of any other religion or civilisation that has so predicated its very existence on putting children and their education first. There have been Jewish communities in the past that were affluent and built magnificent synagogues – Alexandria in the first centuries of the Common Era is an example. Yet because they did not put children first, they contributed little to the Jewish story. They flourished briefly, then disappeared.

Moses’ implied rebuke to the tribes of Reuben and Gad is not a minor historical detail but a fundamental statement of Jewish priorities. Property is secondary, children primary. Civilisations that value the young stay young. Those that invest in the future have a future. It is not what we own that gives us a share in eternity, but those to whom we give birth and the effort we make to ensure that they carry our faith and way of life into the next generation.

[1] Note also the parallel between the decision of the leaders of Reuben and Gad and that of Lot, in Genesis 13:10–13. Lot too made his choice of dwelling place based on economic considerations – the prosperity of Sodom and the cities of the plain – without considering the impact the environment would have on his children.
[2] Numbers Rabbah 22:9.
[3] Josephus, Contra Apionem, ii, 177–178.
[4] Beryl Smalley, The Study of the Bible in the Middle Ages (Notre Dame, IN: University of Notre Dame Press, 1952), 78.
[5] Salo Baron, The Jewish Community (Philadelphia: Jewish Publication Society of America, 1945), 2:171–173.
[6] Mark Zborowski and Elizabeth Herzog, Life Is with People: The Culture of the Shtetl (New York: Schocken, 1974), 87.
[7] My book on this subject is Jonathan Sacks, Will We Have Jewish Grandchildren? (London: Vallentine Mitchell, 1994).