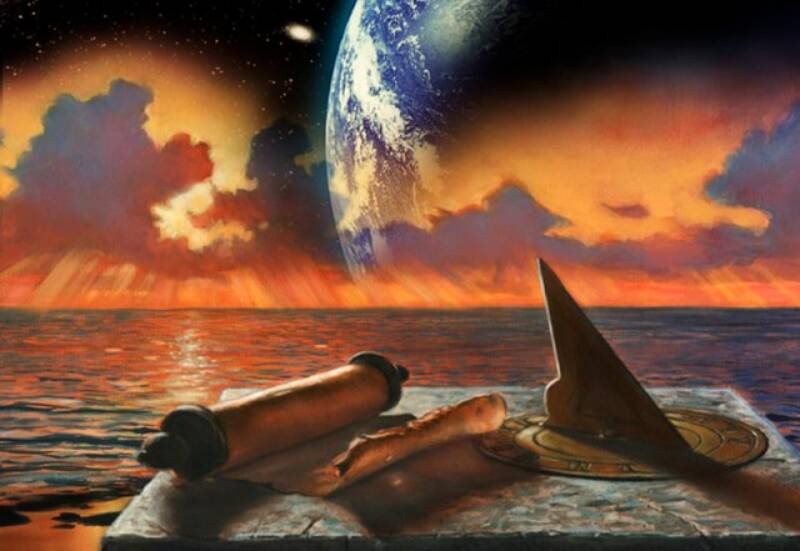 During the three weeks between 17 Tammuz and Tisha b’Av, as we recall the destruction of the Temples, we read three of the most searing passages in the prophetic literature, the first two from the opening of the book of Jeremiah, the third, next week, from the first chapter of Isaiah.

At perhaps no other time of the year are we so acutely aware of the enduring force of ancient Israel’s great visionaries. The prophets had no power. They were not kings or members of the royal court. They were (usually) not priests or members of the religious establishment. They held no office. They were not elected. Often they were deeply unpopular, none more so than the author of this week’s haftarah, Jeremiah, who was arrested, flogged, abused, put on trial and only narrowly escaped with his life. Only rarely were the prophets heeded in their lifetimes: the one clear exception was Jonah, and he spoke to non-Jews, the citizens of Nineveh. Yet their words were recorded for posterity and became a major feature of Tanach, the Hebrew Bible. They were the world’s first social critics and their message continues through the centuries. As Kierkegaard almost said: when a king dies, his power ends; when a prophet dies his influence begins.[1]

What was distinctive about the prophet was not that he foretold the future. The ancient world was full of such people: soothsayers, oracles, readers of runes, shamans and other diviners, each of whom claimed inside track with the forces that govern fate and “shape our ends, rough-hew them how we will.” Judaism has no time for such people. The Torah bans one “who practices divination or sorcery, interprets omens, engages in witchcraft, or casts spells, or who is a medium or spiritist or who consults the dead” (Deut. 18:10-11). It disbelieves such practices because it believes in human freedom. The future is not pre-scripted. It depends on us and the choices we make. If a prediction comes true it has succeeded; if a prophecy comes true it has failed. The prophet tells of the future that will happen if we do not heed the danger and mend our ways. He (or she – there were seven biblical prophetesses) does not predict; he or she warns.

Nor was the prophet distinctive in blessing or cursing the people. That was Bilaam’s gift, not Isaiah’s or Jeremiah’s. In Judaism, blessing comes through priests not prophets.

Several things made the prophets unique. The first was his or her sense of history. The prophets were the first people to see God in history. We tend to take our sense of time for granted. Time happens. Time flows. As the saying goes, time is God’s way of keeping everything from happening at once. But actually there are several ways of relating to time and different civilisations have perceived it differently.

There is cyclical time: time as the slow turning of the seasons, or the cycle of birth, growth, decline and death. Cyclical time is time as it occurs in nature. Some trees have long lives; most fruit flies have short ones; but all that lives, dies. The species endures, individual members do not. Kohelet contains the most famous expression of cyclical time in Judaism:

“The sun rises and the sun sets, and hurries back to where it rises. The wind blows to the south and turns to the north; round and round it goes, ever returning on its course … What has been done will be done again; there is nothing new under the sun.”

Then there is linear time: time as an inexorable sequence of cause and effect. The French astronomer Pierre-Simon Laplace gave this idea its most famous expression in 1814 when he said that if you “know all forces that set nature in motion, and all positions of all items of which nature is composed,” together with all the laws of physics and chemistry, then “nothing would be uncertain and the future just like the past would be present” before your eyes. Karl Marx applied this idea to society and history. It is known as historical inevitability, and when transferred to the affairs of humankind it amounts to a massive denial of personal freedom.

Finally there is time as a mere sequence of events with no underlying plot or theme. This leads to the kind of historical writing pioneered by the scholars of ancient Greece, Herodotus and Thucydides.

Each of these has its place, the first in biology, the second in physics, the third in secular history, but none was time as the prophets understood it. The prophets saw time as the arena in which the great drama between God and humanity was played out, especially in the history of Israel. If Israel was faithful to its mission, its covenant, then it would flourish.

If it was unfaithful it would fail. It would suffer defeat and exile. That is what Jeremiah never tired of telling his contemporaries.

The second prophetic insight was the unbreakable connection between monotheism and morality. Somehow the prophets sensed – it is implicit in all their words, though they do not explain it explicitly – that idolatry was not just false. It was also corrupting. It saw the universe as a multiplicity of powers that often clashed. The battle went to the strong. Might defeated right. The fittest survived while the weak perished. Nietzsche believed this, as did the social Darwinists.

The prophets opposed this with all their force. For them the power of God was secondary; what mattered was the righteousness of God. Precisely because God loved and had redeemed Israel, Israel owed Him loyalty as their sole ultimate sovereign, and if they were unfaithful to God they would also be unfaithful to their fellow humans. They would lie, rob, cheat: Jeremiah doubts whether there was one honest person in the whole of Jerusalem (Jer. 5:1). They would become sexually adulterous and promiscuous:

“I supplied all their needs, yet they committed adultery and thronged to the houses of prostitutes. They are well-fed, lusty stallions, each neighing for another man’s wife”

Their third great insight was the primacy of ethics over politics. The prophets have surprisingly little to say about politics. Yes, Samuel was wary of monarchy but we find almost nothing in Isaiah or Jeremiah about the way Israel/Judah should be governed. Instead we hear a constant insistence that the strength of a nation – certainly of Israel/Judah – is not military or demographic but moral and spiritual. If the people keep faith with God and one another, no force on earth can defeat them. If they do not, no force can save them. As Jeremiah says in this week’s haftarah, they will discover too late that their false gods offered false comfort:

They say to wood, ‘You are my father,’ and to stone, ‘You gave me birth.’ They have turned their backs to me and not their faces; yet when they are in trouble, they say, ‘Come and save us!’ Where then are the gods you made for yourselves? Let them come if they can save you when you are in trouble! For you have as many gods as you have towns, O Judah. (Jer. 2:27-28)

Jeremiah, the most passionate and tormented of all the prophets, has gone down in history as the prophet of doom. Yet this is unfair. He was also supremely a prophet of hope. He is the man who said that the people of Israel will be as eternal as the sun, moon and stars (Jer. 31). He is the man who, while the Babylonians were laying siege to Jerusalem, bought a field as a public gesture of faith that Jews would return from exile:

“For this is what the Lord Almighty, the God of Israel, says: Houses, fields and vineyards will again be bought in this land”

Jeremiah’s feelings of doom and hope were not in conflict: they were two sides of the same coin. The God who sentenced His people to exile would be the God who brought them back, for though His people might forsake Him, He would never forsake them. Jeremiah may have lost faith in people; he never lost faith in God.

Prophecy ceased in Israel with Haggai, Zekharia and Malachi in the Second Temple era. But the prophetic truths have not ceased to be true. Only by being faithful to God do people stay faithful to one another. Only by being open to a power greater than themselves do people become greater than themselves. Only by understanding the deep forces that shape history can a people defeat the ravages of history. It took a long time for biblical Israel to learn these truths, and a very long time indeed before they returned to their land, re-entering the arena of history. We must never forget them again.