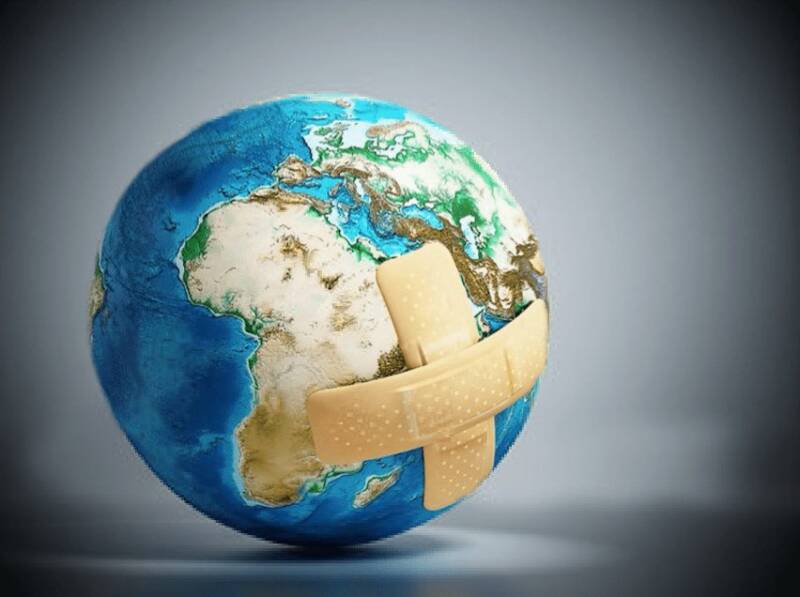 We know that Jews have won a disproportionate number of Nobel Prizes: over twenty per cent of them from a group that represents 0.2 per cent of the world population, an over-representation of 100 to one. But the most striking disproportion is in the field of economics. The first Nobel Prize in economics was awarded in 1969. The most recent winner, in 2017, was Richard Thaler. In total there have been 79 laureates, of whom 29 were Jews; that is, over 36 per cent.

Among famous Jewish economists, one of the first was David Ricardo, inventor of the theory of comparative advantage, which Paul Samuelson called the only true and non-obvious theory in the social sciences. Then there was John von Neumann, inventor of Game Theory (creatively enlarged by Nobel Prize winner Robert Aumann). Milton Friedman developed monetary economics, Kenneth Arrow welfare economics, and Joe Stiglitz and Jeffrey Sachs, development economics. Daniel Kahneman and the late Amos Tversky created the field of behavioural economics. Garry Becker applied economic analysis to other areas of decision making, as did Richard Posner to the interplay of economics and law. To these we must add outstanding figures in economic and financial policy: Larry Summers, Alan Greenspan, Sir James Wolfensohn, Janet Yellen, Stanley Fischer and others too numerous to mention.

It began with Joseph who, in this week’s parsha, became the world’s first economist. Interpreting Pharaoh’s dreams, he develops a theory of trade cycles – seven fat years followed by seven lean years – a cycle that still seems approximately to hold. Joseph also intuited that when a head of state dreams about cows and ears of corn, he is probably unconsciously thinking about macro-economics. The disturbing nature of the dreams suggested that God was sending an advance warning of a “black swan,”[1] a rare phenomenon for which conventional economics is unprepared.

So, having diagnosed the problem, he immediately proceeds to a solution: use the good years to build up resources for the lean times, a sound instance of long-term economic planning:

Let Pharaoh appoint commissioners over the land to take a fifth of the harvest of Egypt during the seven years of abundance. They should collect all the food of these good years that are coming and store up the grain under the authority of Pharaoh, to be kept in the cities for food.  This food should be held in reserve for the country, to be used during the seven years of famine that will come upon Egypt, so that the country may not be ruined by the famine.”

This turned out to be life-saving advice. His later economic policies, narrated in Vayigash (Gen. 47:11-26), are more questionable. When the people ran out of money during the lean years, Joseph told them to trade their livestock. When this too ran out, he arranged for them to sell their land to Pharaoh with the sole exception of the land belonging to the priests. The Egyptians were now, in essence, Pharaoh’s serfs, paying him a tax of 20 per cent of their produce each year.

This nationalisation of livestock, labour and land meant that power was now concentrated in the hands of Pharaoh, and the people themselves reduced to serfdom. Both of these developments would eventually be used against Joseph’s own people, when a new Pharaoh arose and enslaved the Israelites. It cannot be by accident that the Torah twice uses about the Egyptians the same phrase it will later use about the Israelites: avadim le-Pharo: they have become “Pharaoh’s slaves” (Gen. 47:19, 25). There is already here a hint that too much economic power in the hands of the state leads to what Friedrich Hayek called “the road to serfdom”[2] and the eclipse of liberty.

So a reasonable case could be made that Joseph was the first economist. But why the predominance of Jews in economics in the modern age? I do not want to argue that Jews created capitalism. They didn’t. Max Weber famously argued that it was the Protestant (primarily Calvinist) ethic that shaped “the spirit of capitalism.”[3] Rodney Stark argued that it was the Catholic Church that did so, prior to the Reformation.[4] The author of the first great text of market economics, Adam Smith’s The Wealth of Nations (1776), was a leading member of the Scottish Enlightenment whose religious views hovered between conventional Christianity and Deism. Those who have claimed a special kinship between Jews and capitalism – most notably Karl Marx and Werner Sombart – tended to like neither Jews nor capitalism.

Clearly, though, there is a strong affinity between the market economy and what is broadly known as the Judeo-Christian ethic, because it was only in such cultures that it emerged. China, for example, led the West in almost every aspect of technology until the seventeenth century, yet it failed to generate science, a free economy or an industrial revolution, and fell far behind until recent times. What was it about biblical values that proved so fruitful for economic thought, institutions and growth?

The Harvard historian and economist David Landes offered insight in his magisteral work The Wealth and Poverty of Nations.[5] First is the biblical insistence on property rights. He quotes Moses’ words during the Korach revolt: “I have not taken one ass from them, nor have I wronged any one of them” (Num. 16:15). Likewise, the prophet Samuel rhetorically asks the people who have come asking for a king: “Whose ox have I taken, or whose ass have I taken?” (1 Sam. 12:3). Landes says that these remarks set the Israelites apart from any other culture of the time. Elsewhere, the king’s right to appropriate other people’s property was taken for granted.[6] John Locke saw that private property rights are an essential element of a free society.

A second feature was Judaism’s respect for the dignity of labour. God saved Noah from the flood, but Noah had to build the ark. Third was the Judaic sense of linear time: time not as a series of cycles in which everything eventually returns to the way it was, but rather as an arena of change, development and progress. We are so familiar with these ideas – they form the bedrock of Western culture – that we are not always aware that they are not human universals. Jonathan Haidt calls them WEIRD: that is, they belong to societies that are Western, Educated, Industrialised, Rich and Democratic.[7]

To my mind, the most decisive single factor – the great break of Judaism from the ancient world of magic, mystery and myth – was the de-consecration of nature that followed from the fact that God created nature by an act of will, and by making us in His image, gave us too the creative power of will. That meant that for Jews, holiness lies not in the way the world is but in the way it ought to be. Poverty, disease, famine, injustice, and the exploitation of the powerless by the powerful are not the will of God. They may be part of human nature, but we have the power to rise above nature. God wants us not to accept but to heal, to cure, to prevent. So Jews have tended to become, out of all proportion to their numbers, lawyers fighting injustice, doctors fighting disease, teachers fighting ignorance, economists fighting poverty and (especially in modern Israel) agricultural technologists finding new ways to grow food in environments where it has never grown before.

All of this is brilliantly portrayed in this week’s parsha. First Joseph diagnoses the problem. There will be a famine lasting seven years. It is what he does next that is world-changing. He sees this not as a fate to be endured but as a problem to be solved. Then, without fuss, he solves it, saving a whole region from death by starvation.

What can be changed need not be endured. Human suffering is not a fate to be borne, but a challenge to be overcome. This is Joseph’s life-changing idea. What can be healed is not holy. God does not want us to accept poverty and pain but to cure them.

[1] Nassim Nicholas Taleb, The Black Swan: the impact of the highly improbable, London, Allen Lane, 2011.
[2] Friedrich Hayek, The Road to Serfdom, Chicago, 1946.
[3] Max Weber, The Protestant Ethic and the Spirit of Capitalism, London, 1930.
[4] Rodney Stark, The Victory of Reason: how Christianity led to freedom, capitalism and Western success, Random House, 2007.
[5] David Landes, The Wealth and Poverty of Nations, Little, Brown, 1998, 45-59.
[6] To be sure, a king of Israel was entitled to appropriate land for national necessities, but not for private gain. Hence Elijah’s denunciation of Ahab’s seizure of Navot’s vineyard (1 Kings 21). For a fine account of the halakhic and conceptual issues involved, see Din melekh be-Yisrael in Kol Kitvei Maharatz Chajes, Jerusalem, 1958,vol. 1, 43-49.
[7] Jonathan Haidt, The Righteous Mind: why good people are divided by politics and religion, London, Penguin, 2013.

LIFE-CHANGING IDEA #10
What can be healed is not holy. God does not want us to accept poverty and pain but to cure them.