The Author of Our Lives 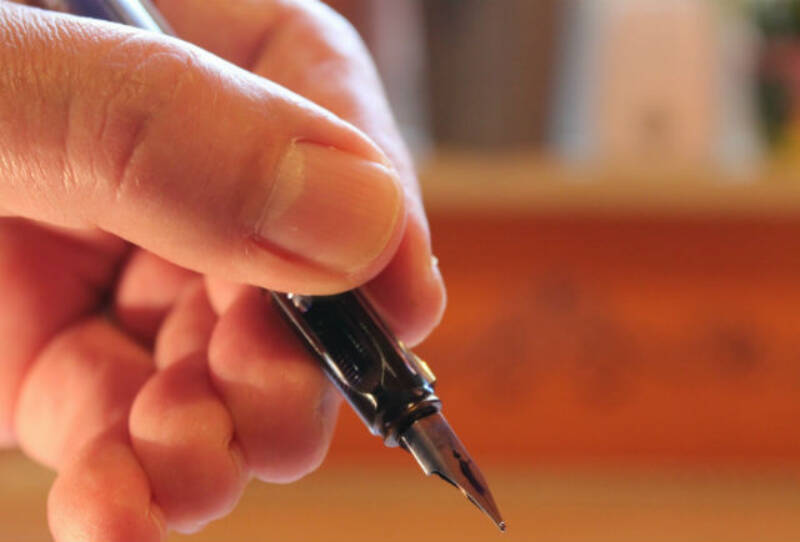 It was Joseph’s first real attempt to take his fate into his own hands, and it failed. Or so it seemed.

Consider the story so far, as set out in last week’s parsha. Almost everything that happens in Joseph’s life falls into two categories. The first are the things done to him. His father loves him more than his other sons. He gives him a richly embroidered cloak.

His brothers are envious and hate him. His father sends him to see how the brothers are faring, attending the flocks far away. He fails to find them and has to rely on a stranger to point him in the right direction. The brothers plot to kill him, and sell him as a slave. He is brought to Egypt. He is acquired as a slave by Potiphar. Potiphar’s wife finds him attractive, attempts to seduce him, and having failed, falsely accuses him of rape, as a result of which he is imprisoned.

This is extraordinary. Joseph is the centre of attention whenever, as it were, he is onstage, and yet he is, time and again, the done-to rather than the doer, an object of other people’s actions rather than the subject of his own.

The second category is more remarkable still. Joseph does do things. He runs Potiphar’s household. He organises a prison. He interprets the steward’s and baker’s dreams. But, in a unique sequence of descriptions, the Torah explicitly attributes his actions and their success to God.

Here is Joseph in Potiphar’s house:

God was with Joseph, and He made him very successful. Soon he was working in his master’s own house. His master realised that God was with [Joseph], and that God granted success to everything he did.

As soon as [his master] had placed him in charge of his household and possessions, God blessed the Egyptian because of Joseph. God’s blessing was in all [the Egyptian] had, both in the house and the field.

Here is Joseph in prison:

God was with Joseph, and He showed him kindness, making him find favour with the warden of the dungeon. Soon, the warden had placed all the prisoners in the dungeon under Joseph’s charge. [Joseph] took care of everything that had to be done. The warden did not have to look after anything that was under [Joseph’s] care. God was with [Joseph], and God granted him success in everything he did.

And here is Joseph interpreting dreams:

‘Interpretations are God’s business,’ replied Joseph. ‘If you want to, tell me about [your dreams].’

Of no other figure in Tanach is this said so clearly, consistently and repeatedly. Joseph seems decisive, organised and successful and so he appeared to others. But, says the Torah, it was not him but God who was responsible both for what he did and for its success. Even when he resists the advances of Potiphar’s wife, he makes it explicit that it is God who makes what she wants morally impossible:

“How could I do such a great wrong? It would be a sin before God!”

The only act clearly attributed to him occurs at the very start of the story, when he brings a “bad report” about his brothers, the sons of Bilhah and Zilpah the handmaids. (39:2) This apart, every twist and turn of his constantly changing fate is the result of someone else’s act, either that of another human or of God (as for Joseph’s dreams – were they a Divine intimation or a product of his own imagination? – that is another story for another time).

That is why we sit up and take notice when, at the end of the previous parsha, Joseph takes destiny into his own hands. Having told the chief steward that in three days he would be pardoned by Pharaoh and restored to his former position, and having no doubt at all that this would happen, he asks him to plead his cause with Pharaoh and secure his freedom:

“When things go well for you, just remember that I was with you. Do me a favour and say something about me to Pharaoh. Perhaps you will be able to get me out of this place.”

What happens? “The chief steward did not remember Joseph. He forgot about him.” (40:23) The doubling of the verb is powerful. He did not remember. He forgot. The one time Joseph tries to be the author of his own story, he fails. The failure is decisive.

Tradition added one final touch to the drama. It ended the parsha of Vayeshev with those words, leaving us at the point that his hopes are dashed. Will he rise to greatness? Will his dreams come true? The question “What happens next?” is intense, and we have to wait a week to know.

Time passes and with the utmost improbability (Pharaoh too has dreams, and none of his magicians or wise men can interpret them – itself odd, since dream interpretation was a specialty of the ancient Egyptians), we learn the answer. “Two full years passed.” Those, the words with which our parsha begins, are the key phrase. What Joseph sought to happen, happened. He did leave the prison. He was set free. But not until two full years had passed.

Between the attempt and the outcome, something intervened. That is the significance of the lapse of time. Joseph planned his release, and he was released, but not because he planned it. His own attempt ended in failure. The steward forgot all about him. But God did not forget about him. God, not Joseph, brought about the sequence of events – specifically Pharaoh’s dreams – that led to his release.

What we want to happen, happens, but not always when we expect, or in the way we expect, or merely because we wanted it to happen. God is the co-author of the script of our life, and sometimes – as here – He reminds us of this by making us wait and taking us by surprise.

That is the paradox of the human condition as understood by Judaism. On the one hand we are free. No religion has so emphatically insisted on human freedom and responsibility. Adam and Eve were free not to sin. Cain was free not to kill Abel. We make excuses for our failures – it wasn’t me; it was someone else’s fault; I couldn’t help it. But these are just that: excuses. It isn’t so. We are free and we do bear responsibility.

Yet, as Hamlet said: “There’s a divinity that shapes our ends/ Rough-hew them how we will.” God is intimately involved in our life. Looking back in middle- or old age, we can often discern, dimly through the mist of the past, that a story was taking shape, a destiny slowly emerging, guided in part by events beyond our control. We could not have foreseen that this accident, that illness, this failure, that seemingly chance encounter, years ago, would have led us in this direction. Yet now in retrospect it can seem as if we were a chess piece moved by an invisible hand that knew exactly where it wanted us to be.

It was this view, according to Josephus, that distinguished the Pharisees (the architects of what we call rabbinic Judaism) from the Sadducees and the Essenes. The Sadducees denied fate. They said God does not intervene in our lives. The Essenes attributed all to fate. They believed that everything we do has been predestined by God. The Pharisees believed in both fate and free will. “It was God’s good pleasure that there should be a fusion [of divine providence and human choice] and that the will of man with his virtue and vice should be admitted to the council-chamber of fate” (Antiquities, xviii, 1, 3).

Nowhere is this clearer than in the life of Joseph as told in Bereishit, and nowhere more so than in the sequence of events told at the end of last week’s parsha and the beginning of this. Without Joseph’s acts – his interpretation of the steward’s dream and his plea for freedom – he would not have left prison. But without divine intervention in the form of Pharaoh’s dreams, it would also not have happened.

This is the paradoxical interplay of fate and freewill. As Rabbi Akiva said: “All is foreseen yet freedom of choice is given” (Avot 3:15). Isaac Bashevis Singer put it wittily: “We have to believe in free will: we have no choice.” We and God are co-authors of the human story. Without our efforts we can achieve nothing. But without God’s help we can achieve nothing either. Judaism found a simple way of resolving the paradox. For the bad we do, we take responsibility. For the good we achieve, we thank God. Joseph is our mentor. When he is forced to act harshly he weeps. But when he tells his brothers of his success he attributes it to God. That is how we too should live.