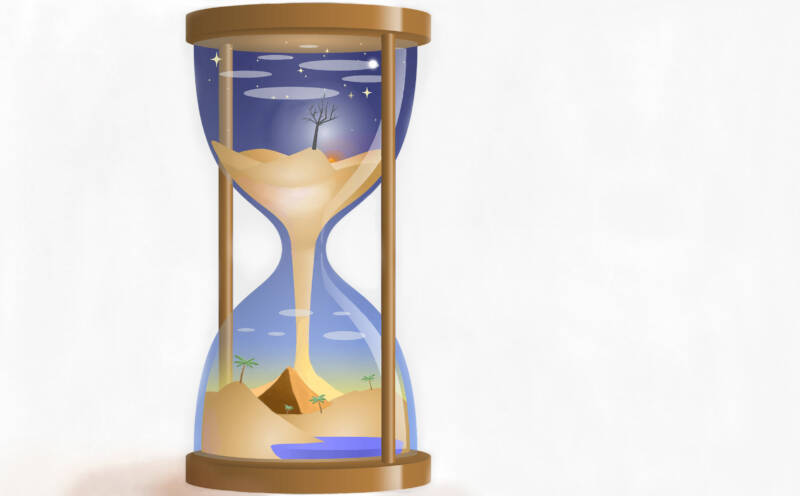 Something extraordinary happens between the previous parsha and this one. It is almost as if the pause of a week between them were itself part of the story.

Recall last week’s parsha about the childhood of Joseph, focusing not on what happened but on who made it happen. Throughout the entire rollercoaster ride of Joseph’s early life he is described as passive, not active; the done-to, not the doer; the object, not the subject, of verbs.

It was his father who loved him and gave him the richly embroidered cloak. It was his brothers who envied and hated him. He had dreams, but we do not dream because we want to but because, in some mysterious way still not yet fully understood, they come unbidden into our sleeping mind.

His brothers, tending their flocks far from home, plotted to kill him. They threw him into a pit. He was sold as a slave. In Potiphar’s house he rose to a position of seniority, but the text goes out of its way to say that this was not because of Joseph himself, but because of God:

God was with Joseph, and he became a successful man. He lived in the house of his Egyptian master. His master saw that God was with him, and that God granted him success in all that he did.

Potiphar’s wife tried to seduce him, and failed, but here too, Joseph was passive, not active. He did not seek her, she sought him. Eventually, “she caught him by his cloak, saying, ‘Lie with me’! But he left his garment in her hand, and fled and ran outside” (Gen. 39:12). Using the garment as evidence, she had him imprisoned on a totally false charge. There was nothing Joseph could do to establish his innocence.

In prison, again he became a leader, a manager, but again the Torah goes out of its way to attribute this not to Joseph but to Divine intervention:

God was with Joseph and showed him kindness, granting him favour in the sight of the prison warden… Whatever was done there, God was the one who did it. The prison warden paid no heed to anything that was in Joseph’s care, because God was with him; and whatever he did, God made it prosper.

Then Joseph met Pharaoh’s chief butler and baker. They had dreams, and Joseph interpreted them, but insisted that it is not he but God who was doing so:

“Joseph said to them, ‘Interpretations belong to God. Tell me your dreams.’”

There is nothing like this anywhere else in Tanach. Whatever happened to Joseph was the result of someone else’s deed: those of his father, his brothers, his master’s wife, the prison warden, or God Himself. Joseph was the ball thrown by hands other than his own.

Then, for essentially the first time in the whole story, Joseph decided to take fate into his own hands. Knowing that the chief butler was about to be restored to his position, he asked him to bring his case to the attention of Pharaoh:

“Remember me when it is well with you; please do me the kindness to make mention of me to Pharaoh, and so get me out of this place. For indeed I was stolen out of the land of the Hebrews; and here also I have done nothing that they should have put me into prison.”

A double injustice had been done, and Joseph saw this as his one chance of regaining his freedom. But the end of the parsha delivers a devastating blow:

The chief cupbearer did not remember Joseph, and forgot him.

The anticlimax is intense, emphasised by the double verb, “did not remember” and “forgot.” We sense Joseph waiting day after day for news. None comes. His last, best hope has gone. He will never go free. Or so it seems.

To understand the power of this anticlimax, we must remember that only since the invention of printing and the availability of books have we been able to tell what happens next merely by turning a page. For many centuries, there were no printed books. People knew the biblical story primarily by listening to it week by week. Those who were hearing the story for the first time had to wait a week to discover what Joseph’s fate would be.

The parsha break is thus a kind of real-life equivalent to the delay Joseph experienced in prison, which, as this parsha begins by telling us, took “two whole years.” It was then that Pharaoh had two dreams that no one in the court could interpret, prompting the chief butler to remember the man he had met in prison. Joseph was brought to Pharaoh, and within hours was transformed from zero to hero: from prisoner-without-hope to viceroy of the greatest empire of the ancient world.

Why this extraordinary chain of events? It is telling us something important, but what? Surely this: God answers our prayers, but often not when we thought or how we thought. Joseph sought to get out of prison, and he did get out of prison. But not immediately, and not because the butler kept his promise.

The story is telling us something fundamental about the relationship between our dreams and our achievements. Joseph was the great dreamer of the Torah, and his dreams for the most part came true. But not in a way he or anyone else could have anticipated. At the end of the previous parsha – with Joseph still in prison – it seemed as if those dreams had ended in ignominious failure. We have to wait for a week, as he had to wait for two years, before discovering that it was not so.

There is no achievement without effort. That is the first principle. God saved Noah from the Flood, but first Noah had to build the Ark. God promised Abraham the land, but first he had to buy the Cave of Machpelah in which to bury Sarah. God promised the Israelites the land, but they had to fight the battles. Joseph became a leader, as he dreamed he would. But first he had to hone his practical and administrative skills, first in Potiphar’s house, then in prison. Even when God assures us that something will happen, it will not happen without our effort. A Divine promise is not a substitute for human responsibility. To the contrary, it is a call to responsibility.

But effort alone is not enough. We need siyata diShemaya, “the help of Heaven.” We need the humility to acknowledge that we are dependent on forces not under our control. No one in Genesis invoked God more often than Joseph. As Rashi says, “God’s Name was constantly in his mouth.”[1] He credited God for each of his successes. He recognised that without God he could not have done what he did. Out of that humility came patience.

Those who have achieved great things have often had this unusual combination of characteristics. On the one hand they work hard. They labour, they practise, they strive. On the other, they know that it will not be their hand alone that writes the script. It is not our efforts alone that decide the outcome. So we pray, and God answers our prayers – but not always when or how we expected. (And of course, sometimes the answer is ‘No’.)

The Talmud (Niddah 70b) says it simply. It asks: What should you do to become rich? It answers: Work hard and behave honestly. But, says the Talmud, many have tried this and did not become rich. Back comes the answer: You must pray to God from whom all wealth comes. In which case, asks the Talmud, why work hard? Because, answers the Talmud: The one without the other is insufficient. We need both: human effort and Divine favour. We have to be, in a certain sense, patient and impatient – impatient with ourselves but patient in waiting for God to bless our endeavours.

The week-long delay between Joseph’s failed attempt to get out of prison and his eventual success is there to teach us this delicate balance. If we work hard enough, God grants us success – not when we want but, rather, when the time is right.

1. How can humility and faith bring about patience?

2. Can you name some other biblical figures who, like Joseph, both prayed to God for help, and took action themselves?

3. When have you achieved success? Can you attribute this to both God’s help and your own hard work?