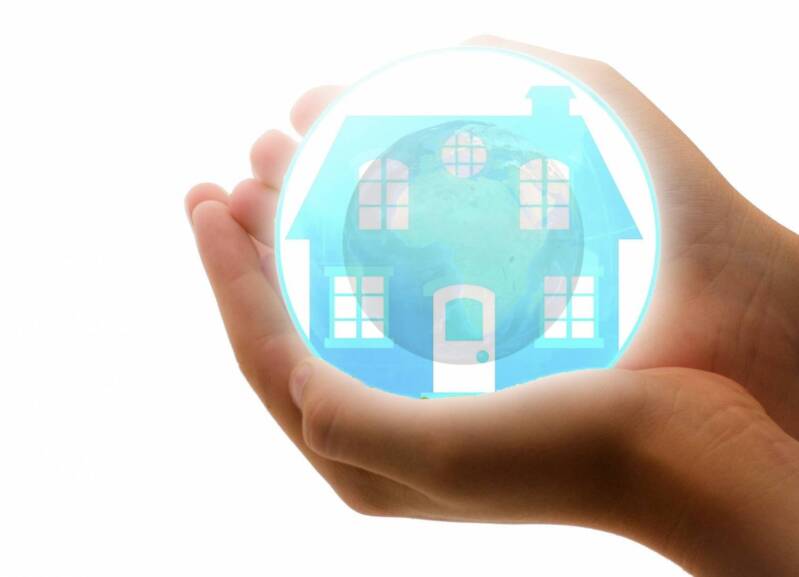 The coronavirus pandemic raised a series of deep moral and political issues.[1] How far should governments go in seeking to prevent its spread? To what extent should it restrict people’s movements at the cost of violating their civil liberties? How far should it go in imposing a clampdown of businesses at the cost of driving many of them bankrupt, rendering swathes of the population unemployed, building up a mountain of debt for the future and plunging the economy into the worst recession since the 1930s? These are just a few of the many heart-breaking dilemmas that the pandemic forced on governments and on us.

Strikingly, almost every country adopted the same measures: social distancing and lockdown until the incidence of new cases had reached its peak (Sweden was the most conspicuous exception). Nations didn’t count the cost. Virtually unanimously, they placed the saving of life above all other considerations. The economy may suffer, but life is infinitely precious and saving it takes precedence over all else.

This was a momentous victory for the value first articulated in the Torah in the Noahide covenant: “He who sheds the blood of man, by man shall his blood be shed, for in the image of God He created man” (Gen. 9:6). This was the first declaration of the principle that human life is sacred. As the Sages put it, “Every life is like a universe. Save a life and it is as if you have saved a universe.”[2]

In the ancient world, economic considerations took precedence over life. Great building projects like the Tower of Babel and the Egyptian pyramids involved huge loss of life. Even in the 20th century, lives were sacrificed to economic ideology: between six and nine million under Stalin, and between 35 and 45 million under Chinese communism. The fact that virtually all nations, in the face of the pandemic, chose life was a significant victory for the Torah’s ethic of the sanctity of life.

That said, the former Supreme Court judge Jonathan Sumption wrote a challenging article in which he argued that the world, or at least Britain, had got it wrong.[3] It was overreacting. The cure may be worse than the disease. The lockdown amounted to subjecting the population to house arrest, causing great distress and giving the police unprecedented and dangerous powers. It represented “an interference with our lives and our personal autonomy that is intolerable in a free society.” The economic impact would be devastating. “If all this is the price of saving human life, we have to ask whether it is worth paying.”

There are, he said, no absolute values in public policy. As proof he cited the fact that we allow cars, despite knowing that they are potentially lethal weapons, and that every year thousands of people will be killed or maimed by them. In public policy there are always multiple, conflicting considerations. There are no non-negotiable absolutes, not even the sanctity of life.

It was a powerful and challenging piece. Are we wrong to think that life is indeed sacred? Might we be placing too high a value on life, imposing a huge economic burden on future generations?

I am going to suggest, oddly enough, that there is a direct connection between this argument and the story of Pinchas. It is far from obvious, but it is fundamental. It lies in the difference – philosophical and halachic – between moral and political decisions.[4]

Recall the Pinchas story. The Israelites, having been saved by God from Bilam’s curses, fell headlong into the trap he then set for them. They began consorting with Moabite women and were soon worshipping their gods. God’s anger burned. He ordered the death of the people’s leaders. A plague raged; 24,000 died. A leading Israelite, Zimri, brought a Midianite woman, Cozbi, and cohabited with her in full view of Moses and the people. It was the most brazen of acts. Pinchas took a spear and drove it through them both. They died, and the plague stopped.

Was Pinchas a hero or a murderer? On the one hand, he saved countless lives: no more people died because of the plague. On the other hand, he could not have been certain of that in advance. To any onlooker, he might have seemed simply a man of violence, caught up in the lawlessness of the moment. The parsha of Balak ends with this terrible ambiguity unresolved. Only in our parsha do we hear the answer. God says:

“Pinchas, son of Eleazar, son of Aaron the Priest, has turned back My anger from the Israelites by being zealous among them on My behalf, so that I did not wipe out the Israelite people in My zeal. Therefore say: I am making with him My covenant of peace.”

God declared Pinchas a hero. He had saved the Israelites from destruction, showed the zeal that counterbalanced the people’s faithlessness, and as a reward, God made a personal covenant with him. Pinchas did a good deed.
Halachah, however, dramatically circumscribes his act in multiple ways. First, it rules that if Zimri had turned and killed Pinchas in self-defence, he would be declared innocent in a court of law.[5] Second, it rules that if Pinchas had killed Zimri and Cozbi just before or after they were engaged in cohabitation, he would have been guilty of murder.[6] Third, had Pinchas consulted a Bet Din and asked whether he was permitted to do what he was proposing to do, the answer would have been, No.[7] This is one of the rare cases where we say Halachah ve-ein morin kein: “It is the law, but we do not make it known.” And there are many other conditions and reservations. The Torah resolves the ambiguity but halachah reinstates it. Legally speaking, Pinchas was on very thin ice.

Political decisions are answers to the question, “What should we do?” where the “we” means the nation as a whole. They tend to involve several conflicting considerations, and there is rarely a clear-cut solution. Usually the decision will be based on an evaluation of the likely consequences. In Judaism this sphere is known as mishpat melech (the legal domain of the king), or hilchot medinah (public policy regulations).[8] Whereas halachah is timeless, public policy tends to be time-bound and situational (“a time to kill and a time to heal, a time to tear down and a time to build”).

Were we in Pinchas’ position, asking, “Should I kill Zimri and Cozbi?” the moral answer is an unequivocal ‘No’. They may deserve to die; the whole nation may be eyewitnesses to their sin; but you cannot execute a death sentence without a duly constituted court of law, a trial, evidence and a judicial verdict. Killing without due process is murder. That is why the Talmud rules Halachah ve-ein morin kein: if Pinchas had asked a Bet Din whether he were permitted to act as he intended, he would be told, No. Halachah is based on non-negotiable moral principle, and halachically you cannot commit murder even to save lives.

But Pinchas was not acting on moral principle. He was making a political decision. There were thousands dying. The political leader, Moses, was in a highly compromised position. How could he condemn others for consorting with Midianite women when he himself had a Midianite wife? Pinchas saw that there was no one leading. The danger was immense. God’s anger, already intense, was about to explode. So he acted – not on moral principle but on political calculation, relying not on halachah but on what would later be known as mishpat melech. Better take two lives immediately, that would have been eventually sentenced to death by the court, to save thousands now. And he was right, as God later made clear.

Now we can see exactly what was ambiguous about Pinchas’ act. He was a private individual. The question he would normally have asked was, “What shall I do?”, to which the answer is a moral one. But he acted as if he were a political leader asking, “What shall we do?” and deciding, based on consequences, that this would save many lives. Essentially, he acted as if he were Moses. He saved the day and the people. But imagine what would happen anywhere if an ordinary member of the public usurped the role of Head of State. Had God not endorsed Pinchas’ action, he would have had a very difficult time.

The difference between moral and political decisions becomes very clear when it comes to decisions of life and death. The moral rule is: saving life takes precedence over all other mitzvot except three: incest, idolatry and murder. If a group is surrounded by gangsters who say, “Hand over one of you, or we will kill you all,” they must all be prepared to die rather than hand over one.[9] Life is sacred and must not be sacrificed, whatever the consequences. That is morality; that is halachah.

However, a king of Israel was permitted, with the consent of the Sanhedrin, to wage a (non-defensive) war, even though many would die as a result.[10] He was permitted to execute a non-judicial death sentence against individuals on public policy grounds (le-takken ha-olam kefi mah she-ha-sha’ah tzerichah).[11] In politics, as opposed to morality, the sanctity of life is a high value but not the only one. What matters are consequences. A ruler or government must act in the long-term interests of the people. That is why, though some will die as a result, governments are now gradually easing the lockdown provisions once the rate of infection falls, to relieve distress, ease the economic burden, and restore suspended civil liberties.

We have moral duties as individuals, and we make political decisions as nations. The two are different. That is what the story of Pinchas is about. It also explains the tension in governments during the pandemic. We have a moral commitment to the sanctity of life, but we also have a political commitment, not just to life but also to “liberty and the pursuit of happiness.”[12] What was beautiful about the global response to Covid-19 was that virtually every nation in the world put moral considerations ahead of political ones until the danger began to recede.

I believe that there are moral and political decisions and they are different. But there is a great danger that the two may drift apart. Politics then becomes amoral, and eventually corrupt. That is why the institution of prophecy was born. Prophets hold politicians accountable to morality. When kings act for the long-term welfare of the nation, they are not criticised. When they act for their own benefit, they are.[13] Likewise when they undermine the people’s moral and spiritual integrity.[14] Salvation by zealot – the Pinchas case – is no solution. Politics must be as moral as possible if a nation is to flourish in the long run.