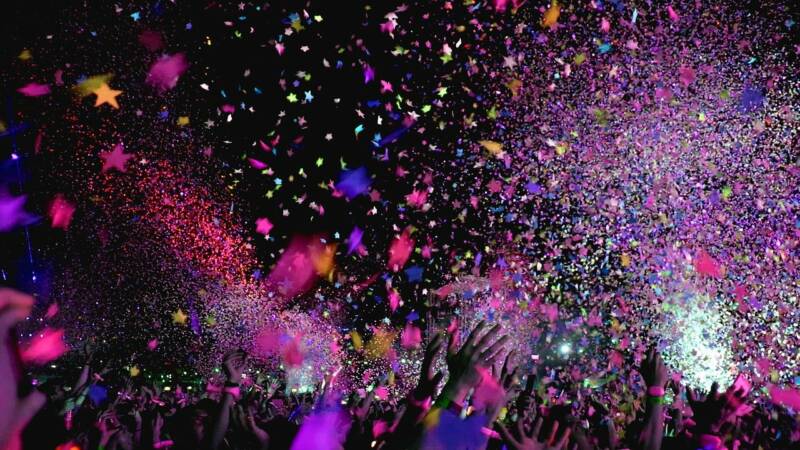 If we were to ask what key word epitomises the society Jews were to make in the Promised Land, several concepts would come to mind: justice, compassion, reverence, respect, holiness, responsibility, dignity, loyalty. Surprisingly, though, another word figures centrally in Moses’ speeches in Deuteronomy. It is a word that appears only once in each of the other books of the Torah: Genesis, Exodus, Leviticus, and Numbers.[1] Yet it appears twelve times in Deuteronomy, seven of them in Parshat Re’eh. The word is simcha, joy.

It is an unexpected word. The story of the Israelites thus far has not been a joyous one. It has been marked by suffering on the one hand, rebellion and dissension on the other. Yet Moses makes it eminently clear that joy is what the life of faith in the land of promise is about. Here are the seven instances in this parsha, and their contexts:

Why does Moses emphasise joy specifically in the book of Deuteronomy? Perhaps because is there, in the speeches Moses delivered in the last month of his life, that he scaled the heights of prophetic vision never reached by anyone else before or since. It is as if, standing on a mountaintop, he sees the whole course of Jewish history unfold below him, and from that dizzying altitude he brings back a message to the people gathered around him: the next generation, the children of those he led out of Egypt, the people who will cross the Jordan he will not cross and enter the land he is only able to see from afar.

What he tells them is unexpected, counter-intuitive. In effect he says this: “You know what your parents suffered. You have heard about their slavery in Egypt. You yourselves have known what it is to wander in the wilderness without a home or shelter or security. You may think those were the greatest trials, but you are wrong. You are about to face a harder trial. The real test is security and contentment.”

Absurd though this sounds, it has proved true throughout Jewish history. In the many centuries of dispersion and persecution, from the destruction of the Second Temple to the nineteenth century, no one raised doubts about Jewish continuity. They did not ask, “Will we have Jewish grandchildren?” Only since Jews achieved freedom and equality in the Diaspora and independence and sovereignty in the State of Israel has that question come to be asked. When Jews had little to thank God for, they thanked Him, prayed to Him, and came to the synagogue and the house of study to hear and heed His word. When they had everything to thank Him for, many turned their backs on the synagogue and the house of study.

Moses was giving prophetic expression to the great paradox of faith: It is easy to speak to God in tears. It is hard to serve God in joy. It is the warning he delivered as the people came within sight of their destination: the Promised Land. Once there, they were in danger of forgetting that the land was theirs only because of God’s promise to them, and only for as long as they remembered their promise to God.

Simcha is usually translated as joy, rejoicing, gladness, happiness, pleasure, or delight. In fact, simcha has a nuance untranslatable into English. Joy, happiness, pleasure, and the like are all states of mind, emotions. They belong to the individual. We can feel them alone. Simcha, by contrast, is not a private emotion. It means happiness shared. It is a social state, a predicate of “we,” not “I.” There is no such thing as feeling simcha alone.

Moses repeatedly labours the point. When you rejoice, he says time and again, it must be “you, your sons and daughters, your menservants and maidservants, and the Levites, the strangers, the fatherless, and the widows in your towns.” A key theme of Parshat Re’eh is the idea of a central Sanctuary “in the place the Lord your God will choose.” As we know from later Jewish history, during the reign of King David, this place was Jerusalem, where David’s son Solomon eventually built the Temple.

What Moses is articulating for the first time is the idea of simcha as communal, social, and national rejoicing. The nation was to be brought together not just by crisis, catastrophe, or impending war, but by collective celebration in the presence of God. The celebration itself was to be deeply moral. Not only was this a religious act of thanksgiving; it was also to be a form of social inclusion. No one was to be left out: not the stranger, or the servant, or the lonely (the orphan and widow). In a remarkable passage in the Mishneh Torah, Maimonides makes this point in the strongest possible terms:

And while one eats and drinks, it is their duty to feed the stranger, the orphan, the widow, and other poor and unfortunate people, for those who lock the doors to their courtyard, eating and drinking with their family, without giving anything to eat and drink to the poor and the bitter in soul – their meal is not a rejoicing in a Divine commandment, but a rejoicing only in their own stomach. It is of such persons that Scripture says, “Their sacrifices shall be to them as the bread of mourners, all that eat thereof shall be polluted; for their bread is a disgrace to their own appetite” (Hos. 9:4). Rejoicing of this kind is a disgrace to those who indulge in it, as Scripture says, “And I will spread dung upon your faces, even the dung of your sacrifices.” (Mal. 2:3).

Moses’ insight remains valid today. The West is more affluent than any previous society has ever been. Our life expectancy is longer, our standards of living higher, and our choices wider than at any time since Homo sapiens first walked on earth. Yet Western societies are not measurably happier. The most telling indices of unhappiness – drug and alcohol abuse, depressive illness, stress-related syndromes, eating disorders, and the rest – have risen by between 300 and 1,000 per cent in the space of two generations. Why so?

In 1968 I met the Lubavitcher Rebbe, Rabbi Menachem Mendel Schneersohn, of blessed memory, for the first time. While I was there, the Chassidim told me the following story. A man had written to the Rebbe in roughly these terms: “I am depressed. I am lonely. I feel that life is meaningless. I try to pray, but the words do not come. I keep mitzvot but find no peace of mind. I need the Rebbe’s help.” The Rebbe sent a brilliant reply without using a single word. He simply circled the first word of every sentence and sent the letter back. The word in each case was “I.”

Our contemporary consumer is constructed in the first-person singular: I want, I need, I must have. There are many things we can achieve in the first-person singular but one we cannot, namely, simcha – because simcha is the joy we share, the joy we have only because we share. That, said Moses before the Israelites entered their land, would be their greatest challenge. Suffering, persecution, a common enemy, unite a people and turn it into a nation. But freedom, affluence, and security turn a nation into a collection of individuals, each pursuing his or her own happiness, often indifferent to the fate of those who have less, the lonely, the marginal, and the excluded. When that happens, societies start to disintegrate. At the height of their good fortune, the long slow process of decline begins.

The only way to avoid it, said Moses, is to share your happiness with others, and, in the midst of that collective, national celebration, serve God.[2] Blessings are not measured by how much we own or earn or spend or possess but by how much we share. Simcha is the mark of a sacred society. It is a place of collective joy.

[1] Gen. 31:27; Ex. 4:14; Lev. 23:40; Num. 10:10.
[2] The great French sociologist Émile Durkheim (whose father, grandfather, and great-grandfather were all rabbis) argued, in The Elementary Forms of the Religious Life (trans. Karen E. Fields [New York: Free Press, 1995]), that religion is born in the experience of “collective effervescence,” which is closely related to simcha in the biblical sense.