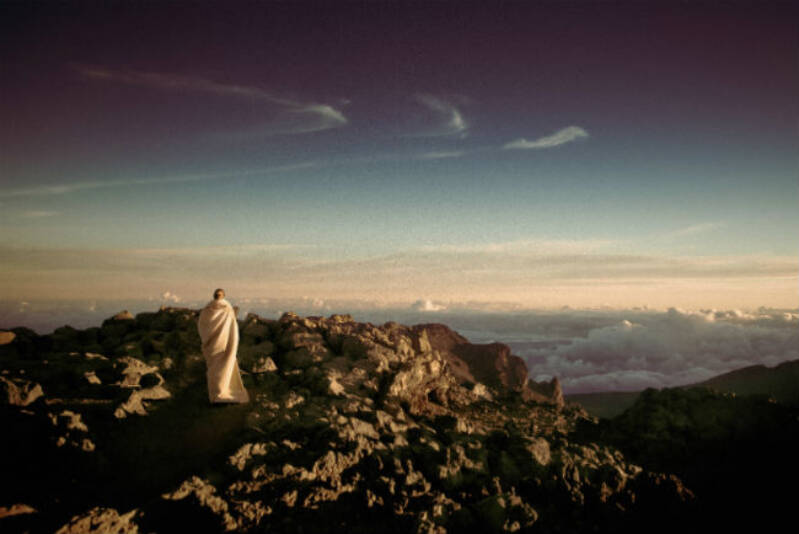 Covenant & Conversation this year is about spirituality, about the search for God and His place in our lives. Where and how do we find God? What difference does it make? How does Judaism help us become better, more sensitive and generous as individuals? How does it affect our emotional life? Does it help us order our priorities so that we care for the things that are important, not just urgent? Does it give us the strength to survive hard times, to keep going despite the falls, the failures and the losses? Does it help us to endure without loss of hope, and persist without loss of energy? Does it teach us to love and forgive? Does it bring us joy?

Spirituality is not the same as “religion”, though the two are related. In essence, spirituality is what happens when we open ourselves to something greater than ourselves. Some find it in the beauty of nature, or art, or music. Others find it in prayer, or performing a mitzvah, or learning a sacred text. Yet others find it in helping other people or in friendship or love.

Spirituality is what tells us that “man does not live by bread alone but by everything that comes from the mouth of God.” We are not just physical beings with biological drives. We have hopes, dreams, fears, loves. We strive for connection. We make sacrifices for the sake of others. We search for meaning. We experience transcendence.

I, like many others, have found God in the depths of despair and the heights of joy. I found Him in a Jerusalem sunset, standing on Mount Scopus looking out toward the Judean hills, as the whole landscape turned red-gold and the world seemed ablaze with a Divine radiance. I felt Him lifting me in some of the most difficult moments of my life, helping me to stand up and carry on. I sensed Him when our children and grandchildren were born, as the love that brings new life into being. I feel Him each Friday evening as He surrounds our Shabbat table with Clouds of Glory. I turn to Him for strength whenever I begin a new stage of life’s journey. I try to express my thanks to Him every time I feel I have done something He would have wanted me to do.

I decided to write about spirituality this year, because so many people I meet are searching for it, and because they say they do not always find it in Judaism today. Those who are engaged in a spiritual search are not always religious in the conventional sense. Some describe themselves as secular or cultural or ethnic Jews. I find this very beautiful because it confirms what the Sages said, describing the moment when Moses said to God about the Israelites, “They won’t believe in me.” God, according to the Talmud, replied, “They are believers, the children of believers, but in the end, you will not believe.” Sometimes ordinary people who don’t see themselves as religious can have more faith than religious leaders. Not everyone is a master of Jewish law, but spirituality is engraved in all our souls. God enters, said the Rebbe of Kotzk, wherever we let Him in.

There is, undeniably, something of a crisis in Jewish spirituality today. This is sad, because for many centuries Jews were the God-intoxicated people. If there is a single sentence that sums up Jewish history, it is surely the statement of the prophet Zechariah: “Not by power and not by might but by My spirit, says the Lord of hosts.” Jews never had much power despite what the Protocols of the Elders of Zion might say. That always was a fantasy. Nor did they have might. Christianity and Islam built massive, monumental empires. Jews never did.

What our ancestors had in full measure was God’s spirit. They felt God close. There is something moving about the word Jews used to describe this. They called it the Shechinah, usually translated as the Divine Presence, but which actually means something more striking. A shachen is a neighbour, the person who lives next door. That is how close Jews felt God to be. Yes, He is more distant than the furthest galaxy, but He is also closer to us than we are to ourselves. The God of Abraham is not a distant God. He is enthroned in majesty in heaven. But He is also parent, partner, neighbour, mentor, friend.

So it was for many centuries. Then something changed: something too complex to be analysed here. But at a certain point in the modern age, many Jews became ultra-rationalists. They pioneered in physics, medicine, sociology, anthropology, mathematics and philosophy. They became shapers of the modern mind. But in the process, many lost that sense of intimacy with God that resonated so powerfully with our ancestors, giving them their sense of hope and courage and singularity.

No faith ever held God so close. Yes, we wrestled with Him, and He with us. Jews questioned, argued, challenged. We were not passive accepters of our fate. It was always a tempestuous relationship. But it was never less than a relationship. For us, as Martin Buber said, God was always a Thou, not an It, a person not a concept, a source of love not a metaphysical abstraction.

In this year’s essays, I will be a little more personal than usual. The reason is that in Judaism there is no one form of spirituality. There are many. The Torah signals this in a subtle way. Three times in the book of Exodus we read of how the Israelites agreed to the covenant with God at Mount Sinai, but there is a subtle difference between the first two and the third:

The people all responded together, “We will do [na’aseh] everything the Lord has said.”

When Moses went and told the people all the Lord’s words and laws, they responded with one voice, “Everything the Lord has said we will do [na’aseh].”

Then he took the Book of the Covenant and read it to the people. They responded, “We will do and hear [na’aseh ve-nishma] everything the Lord has said.”

Note how, in the first two verses, which refer only to action (na’aseh), there is unanimity. They people respond “together”. They do so “with one voice.” In the third case, which refers not only to doing but also to hearing (nishma), there is no unanimity. “Hearing” here means many things: listening, paying attention, understanding and responding. It means, in other words, the spiritual dimension of Judaism. Hence the special and distinctive feature of Judaism, that we are a community of doing rather than of thinking, understanding and feeling. There is an authoritative code of Jewish law. When it comes to halachah, the way of Jewish doing, we seek consensus. However, as Maimonides writes several times in his Commentary to the Mishnah,[1] there is no psak, no authoritative ruling, when it comes to non-halachic aspects of Judaism. We each have our own way of understanding Judaism, our own path to God.

So there is the way of the priest and the way of the prophet. Judaism has its poets, its philosophers, its rationalists and its mystics. Chassidim found God in joy. Others found God in study. Some found Him in visions, others in prayer, yet others in a sensed presence that had and needed no words. For many the supreme book of spirituality is the Book of Psalms – the lexicon of the Jewish soul.

We all need times when we silence the clamorous demands of the self and open ourselves to the majestic beauty of the created world, the inner voice of the Divine command, and God’s call to mend some of the fractures of our deeply injured world. What is beautiful about the Torah is that it shows the heroes and heroines of our people’s past not as epitomes of perfection but as human beings – great, to be sure, but always human – wrestling with God and finding Him wrestling with us.

We are spiritual beings. We are not just random mutations of genes, blindly replicating themselves into the future. Nor are we merely profit-maximisers or pleasure-seekers. We seek meaning in our lives, and we are lifted when we are able to endow ordinary acts with the charisma of holiness. In this, we have the precedent of the great lives of those who came before us, whose stories, recorded in our sacred texts, still speak to us, showing how ordinary people can be raised to extraordinary heights when they open their minds and moods to the One who is beyond us yet within us.

‘“Not by power and not by might but by My spirit”, says the Lord of hosts.’ That was the voice of faith twenty-five centuries ago, and it still holds true. We will need spiritual strength even more than military, economic or technological strength in the years ahead. For it is spirituality that teaches us that life is sacred, that there is more to happiness than the pursuit of wealth, power, success or fame, and that though life is short we can, at blessed moments, experience the transformative power of joy giving us a sense of eternity in the midst of time.

I hope the very personal nature of these essays help you to find your own way to the Divine Presence, which is always there: the music beneath the noise, the call beneath the clamour, the voice of God within the human soul.