The Price of Free Speech 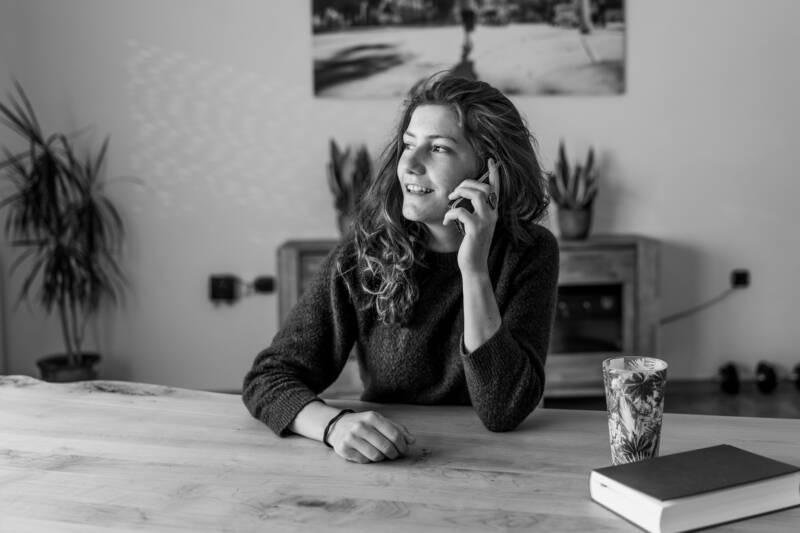 Hannah Smith was a fourteen-year-old schoolgirl living in Lutterworth, Leicestershire. Bright and outgoing, she enjoyed an active social life and seemed to have an exciting future ahead of her. On the morning of 2nd August 2013, Hannah was found hanged in her bedroom. She had committed suicide.

Seeking to unravel what had happened, her family soon discovered that she had been the target of anonymous abusive posts on a social network website. Hannah was a victim of the latest variant of the oldest story in human history: the use of words as weapons by those seeking to inflict pain. The new version is called cyber-bullying.

The Jewish phrase for this kind of behaviour is lashon hara, evil speech, speech about people that is negative and derogatory. It means, quite simply, speaking badly about people, and is a subset of the biblical prohibition against spreading gossip.[1]

Despite the fact that it is not singled out in the Torah for a prohibition in its own right, the Sages regarded it as one of the worst of all sins. They said, astonishingly, that it is as bad as the three cardinal sins – idolatry, murder and incest – combined. More significantly in the context of Hannah Smith they said it kills three people, the one who says it, the one he says it about, and the one who listens in.[2]

The connection with this week’s parsha is straightforward. Tazria and Metzora, are about a condition called tsara’at, sometimes translated as leprosy. The commentators were puzzled as to what this condition is and why it should be given such prominence in the Torah. They concluded that it was precisely because it was a punishment for lashon hara, derogatory speech.

Evidence for this is the story of Miriam (Numbers 12:1) who spoke slightingly about her brother Moses “because of the Ethiopian wife he had taken.” God himself felt bound to defend Moses’ honour and as a punishment, turned Miriam leprous. Moses prayed for God to heal her. God mitigated the punishment to seven days, but did not annul it entirely.

Clearly this was no minor matter, because Moses singles it out among the teachings he gives the next generation:

“Remember what the Lord your God did to Miriam along the way after you came out of Egypt.”

Oddly enough Moses himself, according to the Sages, had been briefly guilty of the same offence. At the Burning Bush when God challenged him to lead the people Moses replied, “They will not believe in me” (Ex. 4:1). God then gave Moses three signs: water that turned to blood, a staff that became a snake, and his hand briefly turning leprous. We find reference later in the narrative to water turning to blood and a staff turning into a serpent, but none to a hand that turns leprous.

The Sages, ever alert to the nuances of the biblical text, said that the hand that turned leprous was not a sign but a punishment. Moses was being reprimanded for “casting doubts against the innocent” by saying that the Israelites would not believe in him. “They are believers the children of believers,” said God according to the Talmud, “but in the end you will not believe.”[3]

How dangerous lashon hara can be is illustrated by the story of Joseph and his brothers. The Torah says that he “brought an evil report” to his father about some of his brothers (Gen. 37:2). This was not the only provocation that led his brothers to plot to kill him and eventually sell him as a slave. There were several other factors. But his derogatory gossip did not endear him to his siblings.

No less disastrous was the “evil report” (dibah: the Torah uses the same word as it does in the case of Joseph) brought back by the spies about the land of Canaan and its inhabitants (Num. 13:32). Even after Moses’ prayers to God for forgiveness, the report delayed entry in the land by almost forty years and condemned a whole generation to die in the Wilderness.

Why is the Torah so severe about lashon hara, branding it as one of the worst of sins? Partly this has deep roots in the Jewish understanding of God and the human condition. Judaism is less a religion of holy people and holy places than it is a religion of holy words.

God created the universe by words: “And God said, Let there be… and there was.” God reveals himself in words. He spoke to the patriarchs and the prophets and at Mount Sinai to the whole nation. Our very humanity has to do with our ability to use language. The creation of homo sapiens is described in the Torah thus:

“Then the Lord God formed man from the dust of the ground and breathed into his nostrils the breath of life, and the man became a living being.”

The Targum renders the last phrase as “and the man became a speaking being.” Language is life. Words are creative but also destructive. If good words are holy then evil words are a desecration.

One sign of how seriously Judaism takes this is the prayer we say at the end of every Amidah, at least three times a day: “My God, guard my tongue from evil and my lips from deceitful speech. To those who curse me let my soul be silent; may my soul be to all like the dust.” Having prayed to God at the beginning to “Open my lips so that my mouth may declare Your praise,” we pray to Him at the end to help us close our lips so that we do not speak badly about others, nor react when others speak badly about us.

Despite everything, however – despite the Torah’s prohibition of gossip, despite its stories about Joseph, Moses, Miriam and the spies, despite the unparalleled strictures against evil speech by the Sages – lashon hara remained a problem throughout Jewish history and still does today. Every leader is subject to it. The Sages said that when Moses left his tent early in the morning, people would say, “You see, he has had a row with his wife.” If he left late they would say, “He is plotting against us.”[4]

Anyone from CEO to parent to friend who seeks to be a leader has to confront the issue of lashon hara. Firstly he or she may have to put up with it as the price of any kind of achievement. Some people are envious. They gossip. They build themselves up by putting other people down. If you are in any kind of leadership position, you may have to live with the fact that behind your back – or even before your face – people will be critical, malicious, disdainful, vilifying and sometimes downright dishonest. This can be hard to bear. Having known many leaders in many fields I can testify to the fact that not all people in the public eye have a thick skin. Many of them are very sensitive and can find constant, unjust criticism deeply draining.

If you should ever suffer this, the best advice is given by Maimonides: “If a person is scrupulous in his conduct, gentle in his conversation, pleasant toward his fellow creatures, affable in manner when receiving them, not responding even when affronted, but showing courtesy to all, even to those who treat him with disdain … such a person has sanctified God and about him Scripture says, “You are my servant, Israel, in whom I will be glorified (Isaiah 49:3).”[5]

That is in relation to lashon hara directed against yourself. As for the group as a whole, however, you should practise zero tolerance toward lashon hara. Allowing people to speak badly about one another will eventually destroy the integrity of the group. Evil speech generates negative energies. Within the group it sows the seeds of distrust and envy. Directed outside the group it can lead to arrogance, self-righteousness, racism and prejudice, all of which are fatal to the moral credibility of any team. Whether or not you are the leader of such a group you must politely make it clear that you will have nothing to do with this kind of speech and that it has no place in your conversations.

Cyber-bullying is the latest manifestation of lashon hara. In general the Internet is the most effective distributor of hate-speech ever invented. Not only does it make targeted communication so easy, but it also bypasses the face-to-face encounter that can sometimes induce shame, sensitivity and self-control. Greek myth told the story of Gyges’ ring that had the magical property of making whoever wore it invisible, so that he or she could get away with anything.[6] Social media that enable people to post anonymous comments or adopt false identities are as near as anyone has yet come to inventing a Gyges’ ring. That is what is so dangerous about it.

The story of Hannah Smith and the other teenage suicides is a tragic reminder of how right the Sages were to reject the idea that “words can never harm me,” and insist to the contrary that evil speech kills. Free speech is not speech that costs nothing. It is speech that respects the freedom and dignity of others. Forget this and free speech becomes very expensive indeed.

All of which helps us to understand the biblical idea of tsara’at. The peculiar property of tsara’at – whether as a skin disease, a discolouration of garments or mould on the walls of a house – is that it was immediately and conspicuously visible. People engage in lashon hara because, like wearers of Gyges’ ring, they think they can get away with it. “It wasn’t me. I never said it. I didn’t mean it. I was misunderstood.” The Torah is here telling us that malicious speech uttered in private is to be stigmatised in public and those who engage in it are to be openly shamed.

To put it at its simplest: as we behave to others so God behaves to us. Do not expect God to be kind to those who are unkind to their fellow humans.