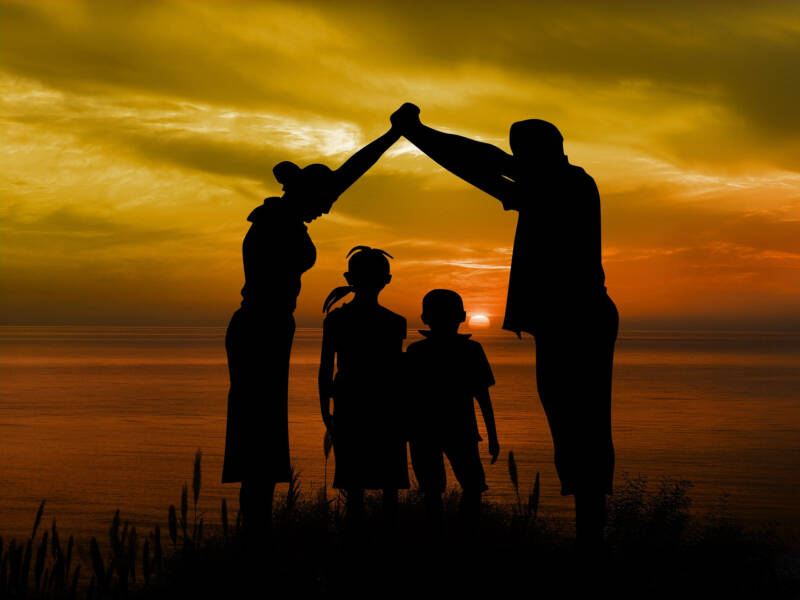 In this week’s sedra, we see Isaac as the parent of two very different sons.

“The boys grew up. Esau became a skilful hunter, a man of the outdoors; but Jacob was a mild man who stayed at home among the tents. Isaac, who had a taste for wild game, loved Esau, but Rebecca loved Jacob.”

We have no difficulty understanding why Rebecca loved Jacob. She had received an oracle from God in which she was told:

“Two nations are in your womb, and two peoples from within you will be separated; one people will be stronger than the other, and the older will serve the younger.”

Jacob was the younger. Rebecca seems to have inferred, correctly as it turned out, that it would be he who would continue the covenant, who would stay true to Abraham’s heritage, and who would teach it to his children, carrying the story forward into the future.

The real question is, why did Isaac love Esau? Could he not see that he was a man of the outdoors, a hunter, not a contemplative or a man of God? Is it conceivable that he loved Esau merely because he had a taste for wild game? Did his appetite rule his mind and heart? Did Isaac not know how Esau sold his birthright for a bowl of soup, and how he subsequently “despised” the birthright itself (Gen. 25:29-34). Was this someone with whom to entrust the spiritual patrimony of Abraham?

Isaac surely knew that his elder son was a man of mercurial temperament who lived in the emotions of the moment. Even if this did not trouble him, the next episode involving Esau clearly did:

“When Esau was forty years old, he married Judith, daughter of Beeri the Hittite, and also Basemath daughter of Elon the Hittite. They were a source of grief to Isaac and Rebecca.”

Esau had made himself at home among the Hittites. He had married two of their women. This was not a man to carry forward the Abrahamic covenant which involved a measure of distance from the Hittites and Canaanites and all they represented in terms of religion, culture, and morality.

Yet Isaac clearly did love Esau. Not only does the verse with which we began say so. It remained so. Genesis 27, with its morally challenging story of how Jacob dressed up as Esau and took the blessing that had been meant for him, is remarkable for the picture it paints of the genuine, deep affection between Isaac and Esau. We sense this at the beginning when Isaac asks Esau: “Prepare me the kind of tasty food I like and bring it to me to eat, so that I may give you my blessing before I die.” (Gen. 27:7) This is not Isaac’s physical appetite speaking. It is his wish to be filled with the smell and taste he associates with his elder son, so that he can bless him in a mood of focused love.

It is the end of the story, though, that really conveys the depth of feeling between them. Esau enters with the food he has prepared. Slowly Isaac, and then Esau, realise the nature of the deception that has been practiced against them. Isaac “trembled violently.” Esau “burst out with a loud and bitter cry.” (Gen. 27:33-34)

It is difficult to convey the power of these descriptions: much is lost in translation. The Torah generally says little about people’s emotions. During the whole of the trial of the Binding of Isaac we are given not the slightest indication of what Abraham or Isaac felt in one of the most suspenseful episodes in Genesis. The text is, as Erich Auerbach said, “fraught with background,” meaning, more is left unsaid than said.[1] The depth of feeling the Torah describes in speaking of Isaac and Esau at that moment is thus rare and almost overwhelming. Father and son share their sense of betrayal, Esau passionately seeking some blessing from his father, and Isaac rousing himself to do so. The bond of love between them is intense. So the question returns with undiminished force: why did Isaac love Esau, despite everything; his wildness, his mutability, and his outmarriages?

The Sages gave an explanation. They interpreted the phrase “skilful hunter” to mean that Esau trapped and deceived Isaac. He pretended to be more religious than he was.[2]

There is, though, quite a different explanation, closer to the plain sense of the text, and very moving. Isaac loved Esau because Esau was his son, and that is what parents do. They love their children unconditionally. That does not mean that Isaac could not see the faults in Esau’s character. It does not imply that he thought Esau the right person to continue the covenant. Nor does it mean he was not pained when Esau married Hittite women. The text explicitly says he was. But it does mean that Isaac knew that a father must love his son because he is his son. That is not incompatible with being critical of what he does. But a parent does not disown their child, even when the child disappoints their expectations. Isaac was teaching us a fundamental lesson in parenthood.

Why Isaac? Because he knew that Abraham had sent his son Ishmael away. He may have known how much that pained Abraham and injured Ishmael. There is a remarkable series of midrashim that suggest that Abraham visited Ishmael even after he sent him away, and others that say it was Isaac who effected the reconciliation.[3] He was determined not to inflict the same fate on Esau.

Likewise, he knew to the very depths of his being the psychological cost on both his father and himself of the trial of the Binding. At the beginning of the chapter of Jacob, Esau and the blessing the Torah tells us that Isaac was blind. There is a Midrash that suggests that it was tears shed by the angels as they watched Abraham bind his son and lift the knife that fell into Isaac’s eyes, causing him to go blind in his old age.[4] The trial was surely necessary, otherwise God would not have commanded it. But it left wounds, psychological scars, and it left Isaac determined not to have to sacrifice Esau, his own child. In some way, then, Isaac’s unconditional love of Esau was a tikkun for the rupture in the father-son relationship brought about by the Binding.

Thus, though Esau’s path was not that of the covenant, Isaac’s gift of paternal love helped prepare the way for the next generation, in which all of Jacob’s children remained within the fold.

There is a fascinating argument between two mishnaic Sages that has a bearing on this. There is a verse in Deuteronomy (14:1) that says about the Jewish people, “You are children of the Lord your God.” Rabbi Judah held that this applied only when Jews behaved in a way worthy of the children of God. Rabbi Meir said that it was unconditional: whether Jews behave like God’s children or they do not, they are still called the children of God. (Kiddushin 36a)

Rabbi Meir, who believed in unconditional love, acted in accordance with his view. His own teacher, Elisha ben Abuya, eventually lost his faith and became a heretic, yet Rabbi Meir continued to study with him and respect him, maintaining that at the very last moment of his life he had repented and returned to God.[5]

To take seriously the idea, central to Judaism, of Avinu Malkeinu, that our King is first and foremost our parent, is to invest our relationship with God with the most profound emotions. God wrestles with us, as does a parent with a child. We wrestle with him as a child does with their parents. The relationship is sometimes tense, conflictual, even painful, yet what gives it its depth is the knowledge that it is unbreakable. Whatever happens, a parent is still a parent, and a child is still a child. The bond may be deeply damaged but it is never broken beyond repair.

Perhaps that is what Isaac was signalling to all generations by his continuing love for Esau, so unlike him, so different in character and destiny, yet never rejected by him – just as the Midrash says that Abraham never rejected Ishmael and found ways of communicating his love. Unconditional love is not uncritical, but it is unbreakable. That is how we should love our children – for it is how God loves us.

[2] He would ask him questions such as, “Father, how do we tithe salt and straw?” knowing that in fact these were exempt from tithe. Isaac thought that meant that he was scrupulous in his observance of the commandments (Rashi to Gen. 25:27; Tanchuma, Toldot, 8).