Spirits in a Material World 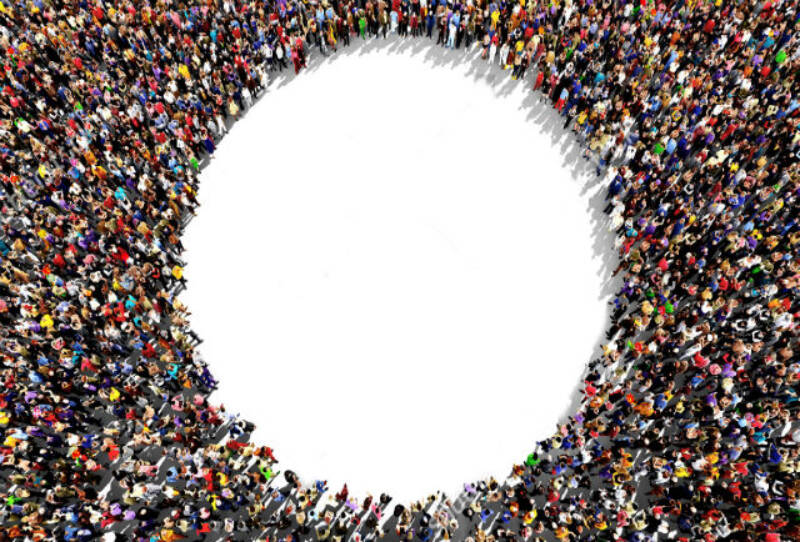 Spirits in a Material World

The Torah sometimes says something of fundamental importance in what seems like a minor and incidental comment. There is a fine example of this near the beginning of this parsha.

In the previous parsha, we read of how Moses was sent by God to lead the Israelites to freedom, and how his initial efforts met with failure. Not only did Pharaoh not agree to let the people go; he made the working conditions of the Israelites even worse. They had to make the same number of bricks as before, but now they had to gather their own straw. The people complained to Pharaoh, then they complained to Moses, and then Moses complained to God.

“Why have You brought trouble to this people? Why did You send me?”

At the beginning of Va’era, God tells Moses that He will indeed bring the Israelites to freedom, and tells him to announce this to the people. Then we read this:

So Moses told this to the Israelites but they did not listen to him, because their spirit was broken and because the labour was harsh.

The italicised phrase seems simple enough. The people did not listen to Moses because he had brought them messages from God before which had done nothing to improve their situation. They were busy trying to survive day by day. They had no time for utopian promises that seemed to have no grounding in reality. Moses had failed to deliver in the past. They had no reason to think he would do so in the future. So far, so straightforward.

But there is something more subtle going on beneath the surface. When Moses first met God at the Burning Bush, God told him to lead, and Moses kept refusing on the grounds that the people would not listen to him. He was not a man of words. He was slow of speech and tongue. He was a man of “uncircumcised lips” (Ex. 6:30). He lacked eloquence. He could not sway crowds. He was not an inspirational leader.

It turned out, though, that Moses was both right and wrong, right that they did not listen to him, but wrong about why. It had nothing to do with his failures as a leader or a public speaker. In fact, it had nothing to do with Moses at all. They did not listen “because their spirit was broken and because the labour was harsh.” In other words: If you want to improve people’s spiritual situation, first improve their physical situation. That is one of the most humanising aspects of Judaism.

Spiritual achievement, says Maimonides, is higher than material achievement, but we need to ensure the latter first, because “a person suffering from great hunger, thirst, heat or cold, cannot grasp an idea even if it is communicated by others, much less can he arrive at it by his own reasoning.” In other words, if we lack basic physical needs, there is no way we can reach spiritual heights. When people’s spirits are broken by harsh labour they cannot listen to a Moses. If you want to improve people’s spiritual situation, first improve their physical conditions.

This idea was given classic expression in modern times by two New York Jewish psychologists, Abraham Maslow (1908–1970) and Frederick Herzberg (1923–2000). Maslow was fascinated by the question of why many people never reached their full potential. He also believed – as, later, did Martin Seligman, creator of positive psychology – that psychology should focus not only on the cure of illness but also on the positive promotion of mental health. His most famous contribution to the study of the human mind was his “hierarchy of needs.”

We are not a mere bundle of wants and desires. There is a clear order to our concerns. Maslow enumerated five levels. First are our physiological needs: for food and shelter, the basic requirements of survival. Next come safety needs: protection against harm done to us by others. Third is our need for love and belonging. Above that comes our desire for recognition and esteem, and higher still is self-actualisation: fulfilling our potential, becoming the person we feel we could and should be. In his later years Maslow added a yet higher stage: self-transcendence, rising beyond the self through altruism and spirituality.

Herzberg simplified this whole structure by distinguishing between physical and psychological factors. He called the first, Adam needs, and the second Abraham needs. Herzberg was particularly interested in what motivates people at work. What he realised in the late 1950s – an idea revived more recently by American-Israeli economist Dan Ariely – is that money, salary, and financial rewards (stock options and the like) is not the only motivator. People do not necessarily work better, harder, or more creatively, the more you pay them. Money works up to a certain level, but beyond that the real motivator is the challenge to grow, create, find meaning, and to invest your highest talents in a great cause. Money speaks to our Adam needs, but meaning speaks to our Abraham needs.

There is a truth here that Jews and Judaism have tended to note and live by more fully than many other civilisations and faiths. Most religions are cultures of acceptance. There is poverty, hunger, and disease on earth because that is the way the world is; that is how God made it and wants it. Yes, we can find happiness, nirvana, or bliss, but to achieve it you must escape from the world, by meditation, or retreating to a monastery, or by drugs, or trance, or by waiting patiently for the joy that awaits us in the world to come. Religion anaesthetises us to pain.

That isn’t Judaism at all. When it comes to the poverty and pain of the world, ours is a religion of protest, not acceptance. God does not want people to be poor, hungry, sick, oppressed, uneducated, deprived of rights, or subject to abuse. He has made us His agents in this cause. He wants us to be His partners in the work of redemption. That is why so many Jews have become doctors fighting disease, lawyers fighting injustice, or educators fighting ignorance. It is surely why they have produced so many pioneering (and Nobel Prize-winning) economists. As Michael Novak (citing Irving Kristol) writes:

Jewish thought has always felt comfortable with a certain well-ordered worldliness, whereas the Christian has always felt a pull to otherworldliness. Jewish thought has had a candid orientation toward private property, whereas Catholic thought – articulated from an early period chiefly among priests and monks – has persistently tried to direct the attention of its adherents beyond the activities and interests of this world to the next. As a result, tutored by the law and the prophets, ordinary Jews have long felt more at home in this world, while ordinary Catholics have regarded this world as a valley of temptation and as a distraction from their proper business, which is preparation for the world to come.[2]

God is to be found in this world, not just the next. But for us to climb to spiritual heights we must first have satisfied our material needs. Abraham was greater than Adam, but Adam came before Abraham. When the physical world is harsh, the human spirit is broken, and people cannot then hear the word of God, even when delivered by a Moses.

Alleviating poverty, curing disease, ensuring the rule of law, and respect for human rights: these are spiritual tasks no less than prayer and Torah study. To be sure, the latter are higher, but the former are prior. People cannot hear God’s message if their spirit is broken and their labour harsh.