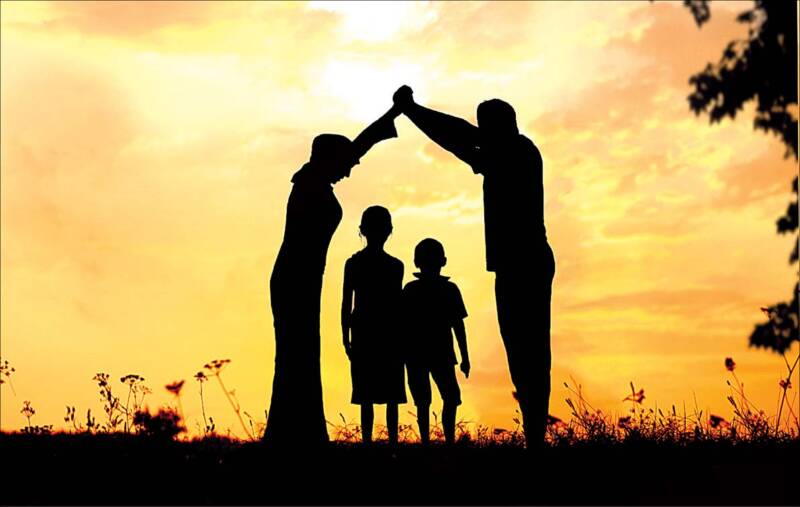 With this week’s double parsha, with its long account of the construction of the sanctuary – one of the longest narratives in the Torah, taking a full 13 chapters – comes to a magnificent climax:

That is what the building of the sanctuary was about: how to bring God, as it were, from heaven to earth, or at least from the top of the mountain to down in the valley, from the remote God of awe-inspiring power to the Shechinah, the indwelling Presence, God as shakhen, a neighbour, intimate, close, within the camp, in the midst of the people.

Yet for all this, we wonder why the Torah has to go on at such length in its details of the Mishkan, taking up the whole of Terumah and Tetzaveh, half of Ki Tissa, and then again Vayakhel and Pekudei. After all, the Mishkan was at best a temporary dwelling for the Shechinah, suited to the years of wandering and wilderness. In Israel, it was superseded by the Temple. For two thousand years in the absence of a Temple its place was taken by the synagogue. Why, if the Torah is timeless, does it devote such space to what was essentially a time-bound structure?

The answer is deep and life-transforming, but to reach it we have to note some salient facts. First, the language the Torah uses in Pekudei is highly reminiscent of the language used in the narrative of the creation of the universe:

Clearly the Torah wants us to connect birth of the universe with the building of the Mishkan, but how and why?

The numerical structure of the two passages heightens the connection. We know that the key number of the creation narrative is seven. There are seven days, and the word “good” appears seven times. The first verse of the Torah contains seven Hebrew words, and the second, 14. The word eretz, “earth,” appears 21 times, the word Elokim, “God,” 35 times, and so on.

So too in Pekudei, the phrase “as the Lord commanded Moses” appears seven times in the account of the making of the priestly garments (Ex. 39:1-31), and another seven times in the description of Moses setting up the Sanctuary (Ex. 40:17-33).

Note also one tiny detail, the apparently odd and superfluous “And” at the very beginning of the book of Exodus: “And these are the names …” The presence of this connective suggests that the Torah is telling us to see Genesis and Exodus as inherently connected. They are part of the same extended narrative.

The final relevant fact is that one of the Torah’s most significant stylistic devices is the chiasmus, or “mirror-image symmetry” – a pattern of the form ABCC1B1A1, as in “(A) He who sheds (B) the blood (C) of man, (C1) by man (B1) shall his blood (A1) be shed” (Gen. 9:6). This form can be the shape of a single sentence, as here, or a paragraph, but it can also exist at larger levels of magnitude.

What it means is that a narrative reaches a certain kind of closure when the end takes us back to the beginning – which is precisely what happens at the end of Exodus. It reminds us, quite precisely, of the beginning of all beginnings, when God created heaven and earth. The difference is that this time human beings have done the creating: the Israelites, with their gifts, the labour and their skills.

But the parallel goes far deeper than this – telling us about the very nature of the difference between kodesh and chol, sacred and secular, the holy and the mundane.

We owe to the great mystic, R. Isaac Luria, the concept of tzimtzum, “self-effacement” or “self-limitation.” Luria was perplexed by the question: If God exists, how can the universe exist? At every point in time and space, the Infinite should crowd out the finite. The very existence of God should act as does a Black Hole to everything in its vicinity. Nothing, not even light waves, can escape a Black Hole, so overwhelming is its gravitational pull. Likewise, nothing physical or material should be able to survive for even a moment in the presence of the pure, absolute Being of God.

Luria’s answer was that, in order for the universe to exist, God had to hide Himself, screen His presence, limit His Being. That is tzimtzum.

Now let us come back to the key words kodesh and chol. One of the root meanings of chol, and the related root ch-l-l, is “empty.” Chol is the space vacated by God through the process of self-limitation so that a physical universe can exist. It is, as it were, “emptied” of the pure Divine light.

Kodesh is the result of a parallel process in the opposite direction. It is the space vacated by us so that God’s presence can be felt in our midst. It is the result of our own tzimtzum. We engage in self-limitation every time we set aside our devices and desires in order to act on the basis of God’s will, not our own.

That is why the details of the Sanctuary are described at such length: to show that every feature of its design was not humanly invented but God-given. That is why the human equivalent of the word “good” in the Genesis creation account is “as the  Lord commanded Moses.” When we nullify our will to do God’s will, we create something that is holy.

So the making of the Sanctuary that takes up the last third of the book of Exodus is not just about a specific construction, the portable shrine that the Israelites took with them on journey through the wilderness. It is about an absolutely fundamental feature of the religious life, namely the relationship between the sacred and the secular, kodesh and chol. Chol is the space God makes for us. Kodesh is the space we make for God.

So, for six days a week – the days that are chol – God makes space for us to be creative. On the seventh day, the day that is Kadosh, we make space for God by acknowledging that we are His creations. And what applies in time applies also in space. There are secular places where we pursue our own purposes. And there are holy places where we open ourselves, fully and without reserve, to God’s purposes.

If this is so, we have before us an idea with life-transforming implications. The highest achievement is not self-expression but self-limitation: making space for something other and different from us. The happiest marriages are those in which each spouse makes space for the other to be his or her-self. Great parents make space for their children. Great leaders make space for their followers. Great teachers make space for their pupils. They are there when needed, but they don’t crush or inhibit or try to dominate. They practice tzimtzum, self-limitation, so that others have the space to grow. That is how God created the universe, and it is how we allow others to fill our lives with their glory.

The highest achievement is not self-expression but self-limitation: making space for something other and different from us.