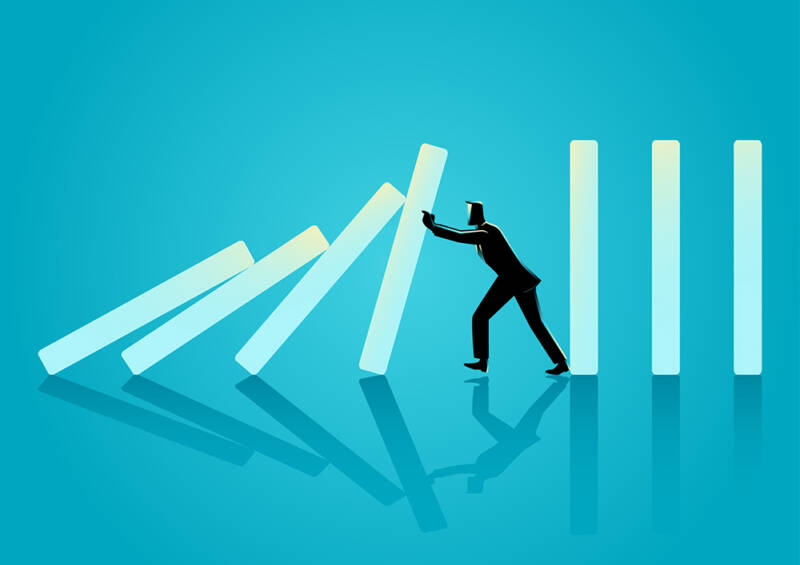 I was once present when the great historian of Islam, Bernard Lewis, was asked to predict the course of events in the Middle East. He replied, “I’m a historian, so I only make predictions about the past. What is more, I am a retired historian, so even my past is passé.” Predictions are impossible in the affairs of living, breathing human beings because we are free and there is no way of knowing in advance how an individual will react to the great challenges of their life.

If one thing has seemed clear throughout the last third of Genesis, it is that Joseph will emerge as the archetypal leader. He is the central character of the story, and his dreams and the shifting circumstances of his fate all point in that direction. Least likely as a candidate for leadership is Judah, the man who proposed selling Joseph as a slave (Gen. 37:26-27), whom we next see separated from his brothers, living among the Canaanites, intermarried with them, losing two of his sons because of sin, and having sexual relations with a woman he takes to be a prostitute. The chapter in which this is described begins with the phrase, “At that time Judah went down from among his brothers” (Gen. 38:1). The commentators take this to indicate Judah’s moral decline. At this point in the story, we may have no doubt who will lead and who will follow.

Yet history turned out otherwise. Joseph’s descendants, the tribes of Ephraim and Menashe, disappeared from the pages of history after the Assyrian conquest in 722 BCE, while Judah’s descendants, starting with David, became kings. The tribe of Judah survived the Babylonian conquest, and it is Judah whose name we bear as a people. We are Yehudim, “Jews.” This week’s parsha of Vayigash explains why.

Already in last week’s parsha we began to see Judah’s leadership qualities. The family had reached deadlock. They desperately needed food, but they knew that the Egyptian viceroy had insisted that they bring their brother Benjamin with them, and Jacob refused to let this happen. His beloved wife Rachel’s first son (Joseph) was already lost to him, and he was not about to let the other, Benjamin, be taken on a hazardous journey. Reuben, in keeping with his unstable character, made an absurd suggestion: “Kill my two sons if I do not bring Benjamin back safely.” (Gen. 42:37) In the end it was Judah, with his quiet authority – “I myself will guarantee his safety; you can hold me personally responsible for him” (Gen. 43:9) – who persuaded Jacob to let Benjamin go with them.

Now, as the brothers attempt to leave Egypt, and return home, the nightmare scenario has unfolded. Benjamin has been found with the viceroy’s silver cup in his possession. The official delivers his verdict. Benjamin is to be held as a slave. The other brothers can go free. This is the moment when Judah steps forward and makes a speech that changes history. He speaks eloquently about their father’s grief at the loss of one of Rachel’s sons. If he loses the other, he will die of grief. I, says Judah, personally guaranteed his safe return. He concludes:

“Now then, please let your servant remain here as my lord’s slave in place of the boy, and let the boy return with his brothers. How can I go back to my father if the boy is not with me? No! Do not let me see the misery that it would bring my father.”

No sooner has he said these words than Joseph, overcome with emotion, reveals his identity and the whole elaborate drama reaches closure. What is happening here and how does it have a bearing on leadership?

Judah is the first person in the Torah to achieve perfect repentance (teshuvah gemurah), defined by the Sages as when you find yourself in a situation where it is likely you will be tempted to repeat an earlier sin, but you are able to resist because you are now a changed person.[2]

Many years before Judah was responsible for Joseph being sold as a slave:

Judah said to his brothers, “What will we gain if we kill our brother and cover up his blood? Come, let us sell him to the Ishmaelites and not lay our hands on him; after all, he is our brother, our own flesh and blood.” His brothers agreed.

Now, faced with the similar prospect of leaving Benjamin as a slave, he has a very different response. He says, “Let me stay as a slave and let my brother go free.” (Gen. 44:33) That is perfect repentance, and it is what prompts Joseph to reveal his identity and forgive his brothers.

The Torah had already hinted at the change in Judah’s character in an earlier chapter. Having accused his daughter-in-law Tamar of becoming pregnant by a forbidden sexual relationship, he is confronted by her with evidence that he himself is the father of the child, and his response is to immediately declare: “She is more righteous than I” (Gen. 38:26). This is the first time in the Torah we see a character admit that he is wrong. If Judah was the first penitent, it was Tamar – mother of Perez from whom King David was descended – who was ultimately responsible.

Perhaps Judah’s future was already implicit in his name, for though the verb le-hodot from which it is derived means “to thank” (Leah called her fourth son Judah saying, “This time I will thank the Lord,” Gen. 29:35), it is also related to the verb le-hitvadot, which means “to admit or “to confess” – and confession is, according to the Rambam, the core of the command to repent.

Leaders make mistakes. That is an occupational hazard of the role. Managers follow the rules, but leaders find themselves in situations for which there are no rules. Do you declare a war in which people will die, or do you refrain from doing so at the risk of letting your enemy grow stronger with the result that more will die later? That was the dilemma faced by Chamberlain in 1939, and it was only some time later that it became clear that he was wrong and Churchill right.

But leaders are also human, and their mistakes often have nothing to do with leadership and everything to do with human weakness and temptation. The sexual misconduct of John F. Kennedy, Bill Clinton and many other leaders has undoubtably been less than perfect. Does this affect our judgment of them as leaders or not? Judaism suggests it should. The prophet Nathan was unsparing of King David for consorting with another man’s wife. But Judaism also takes note of what happens next.

What matters, suggests the Torah, is that you repent – you recognise and admit your wrongdoings, and you change as a result. As Rav Soloveitchik pointed out, both Saul and David, Israel’s first two kings, sinned. Both were reprimanded by a Prophet. Both said chattati, “I have sinned”.[3] But their fates were radically different. Saul lost the throne, David did not. The reason, said the Rav, was that David confessed immediately. Saul prevaricated and made excuses before admitting his sin.[4]

A leader is one who, though they may stumble and fall, arises more honest, humble and courageous than they were before.