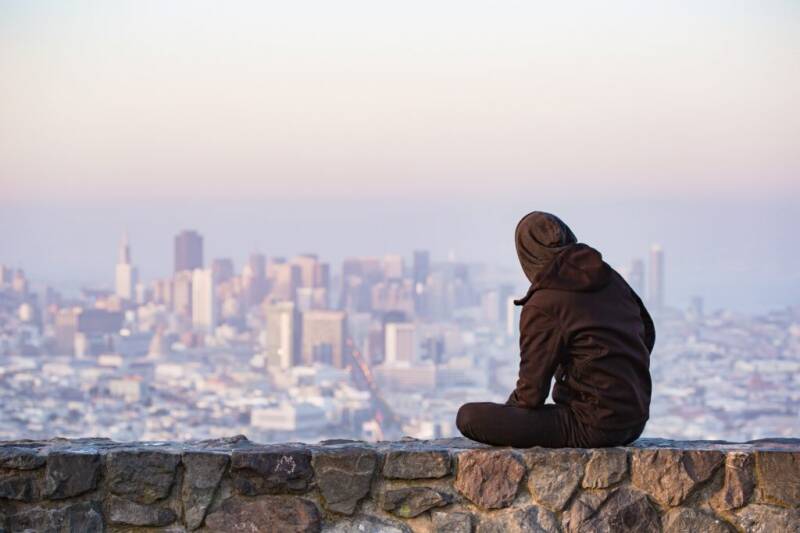 It was never my ambition or aspiration to be a rabbi. I went to university to study economics. I then switched to philosophy. I also had a fascination with the great British courtroom lawyers, legendary figures like Marshall Hall, Rufus Isaacs and F. E. Smith. To be sure, relatively late, I had studied for the rabbinate, but that was to become literate in my own Jewish heritage, not to pursue a career.

What changed me, professionally and existentially, was my second major yechidut – face-to-face conversation, – with the Lubavitcher Rebbe, in January 1978. To my surprise, he vetoed all my career options: economist, lawyer, academic, even becoming a rabbi in the United States. My task, he said, was to train rabbis. There were too few people in Britain going into the rabbinate and it was my mission to change that.

What is more, he said, I had to become a congregational rabbi, not as an end in itself but so that my students could come and see how I gave sermons (I can still hear in my mind’s ear how he said that word with a marked Russian accent: sirmons). He was also highly specific as to where I was to work: in Jews’ College (today, the London School of Jewish Studies), the oldest extant rabbinical seminary in the English-speaking world.

So I did. I became a teacher at the College, and later its Principal. Eventually I became – again after consulting with the Rebbe – Chief Rabbi. For all this I have to thank not only the Rebbe, but also my wife Elaine. She did not sign up for this when we married. It was not even on our horizon. But without her constant support I could not have done any of it.

I tell this story for a reason: to illustrate the difference between a gift and a vocation, between what we are good at and what we are called on to do. These are two very different things. I have known great judges who were also brilliant pianists. Wittgenstein trained as an aeronautical engineer but eventually dedicated his life to philosophy. Ronald Heifetz qualified as a doctor and a musician but instead became the founder of the School of Public Leadership at the John F Kennedy School of Government at Harvard. We can be good at many things, but what gives a life direction and meaning is a sense of mission, of something we are called on to do.

That is the significance of the opening word of today’s parsha, that gives its name to the entire book: Vayikra, “He called.” Look carefully at the verse and you will see that its construction is odd. Literally translated it reads: “He called to Moses, and God spoke to him from the Tent of Meeting, saying …” The first phrase seems to be redundant. If we are told that God spoke to Moses, why say in addition, “He called”?

The answer is that God’s call to Moses was something prior to and different from what God went on to say. The latter were the details. The former was the summons, the mission – not unlike God’s first call to Moses at the burning bush where He invited him to undertake the task that would define his life: leading the people out of exile and slavery to freedom in the Promised Land.

Why this second call? Probably because the book of Vayikra has, on the face of it, nothing to do with Moses. The original name given to it by the Sages was Torat Cohanim, “the Law of the Priests”[1]  – and Moses was not a priest. That role belonged to his brother Aaron. So it was as if God were saying to Moses: this too is part of your vocation. You are not a priest but you are the vehicle through which I reveal all My laws, including those of the priests.

We tend to take the concept of a vocation – the word itself comes from the Latin for a “call” – for granted as if every culture has such an idea. However, it is not so. The great German sociologist Max Weber (1864-1920) pointed out that the idea of vocation, so central to the social ethic of Western culture, is essentially “a religious conception, that of a task set by God.”[2]

It was born in the Hebrew Bible. Elsewhere there was little communication between the gods and human beings. The idea that God might invite human beings to become His partners and emissaries was revolutionary. Yet that is what Judaism is about.

Jewish history began with God’s call to Abraham, to leave his land and family. God called to Moses and the prophets. There is a particularly vivid account in Isaiah’s mystical vision in which he saw God enthroned and surrounded by singing angels:

Then I heard the Voice of the Lord saying, “Whom shall I send? And who will go for us?” And I said, “Here am I. Send me!”

The most touching account is the story of the young Samuel, dedicated by his mother Hannah to serve God in the sanctuary at Shiloh where he acted as an assistant to Eli the priest. In bed at night he heard a voice calling his name. He assumed it was Eli. He ran to see what he wanted but Eli told him he had not called. This happened a second time and then a third, and by then Eli realised that it was God calling the child. He told Samuel that the next time the Voice called his name, he should reply, ‘Speak, Lord, for your servant is listening.’ It did not occur to the child that it might be God summoning him to a mission, but it was. Thus began his career as a prophet, judge and anointer of Israel’s first two kings, Saul and David (1 Samuel 3).

These were all prophetic calls, and prophecy ended during the Second Temple period. Nonetheless the idea of vocation remains for all those who believe in Divine Providence. Each of us is different, therefore we each have unique talents and skills to bring to the world. The fact that I am here, in this place, at this time, with these abilities, is not accidental. There is a task to perform, and God is calling us to it.

The man who did more than anyone to bring this idea back in recent times was Viktor Frankl, the psychotherapist who survived Auschwitz. There in the camp he dedicated himself to giving people the will to live. He did so by getting them to see that their lives were not finished, that they still had a task to perform, and that therefore they had a reason to survive until the war was over.

Frankl insisted that the call came from outside the self. He used to say that the right question was not “What do I want from life?” but “What does life want from me?” He quotes the testimony of one of his students who earlier in life had been hospitalised because of mental illness. He wrote a letter to Frankl containing these words:

But in the darkness, I had acquired a sense of my own unique mission in the world. I knew then, as I know now, that I must have been preserved for some reason, however small; it is something that only I can do, and it is vitally important that I do it… In the solitary darkness of the “pit” where men had abandoned me, He was there. When I did not know His name, He was there; God was there.[3]

Reading Psalms in the prison to which the KGB had sent him, Natan Sharansky had a similar experience.[4]

Frankl believed that “Every human person constitutes something unique; each situation in life occurs only once. The concrete task of any person is relative to this uniqueness and singularity.”[5] The essence of the task, he argued, is that it is self-transcending. It comes from outside the self and challenges us to live beyond mere self-interest. To discover such a task is to find that life – my life – has meaning and purpose.

How do you discover your vocation? The late Michael Novak argued[6] that a calling has four characteristics. First, it is unique to you. Second, you have the talent for it. Third, it is something which, when you do it, gives you a sense of enjoyment and renewed energy. Fourth, do not expect it to reveal itself immediately. You may have to follow many paths that turn out to be false before you find the true one.

Novak quotes Logan Pearsall Smith who said, “The test of a vocation is the love of the drudgery it involves.” All real achievement requires backbreaking preparation. The most common estimate is 10,000 hours of deep practice. Are you willing to pay this price? It is no accident that Vayikra begins with a call – because it is a book about sacrifices, and vocation involves sacrifice. We are willing to make sacrifices when we sense that a specific role or task is what we are called on to do.

This is a life-changing idea. For each of us God has a task: work to perform, a kindness to show, a gift to give, love to share, loneliness to ease, pain to heal, or broken lives to help mend. Discerning that task, hearing God’s call, is what gives a life meaning and purpose. Where what we want to do meets what needs to be done, that is where God wants us to be.

For each of us God has a task. Discerning that task, hearing God’s call, is what gives a life meaning and purpose.