The Inheritance That Belongs to All 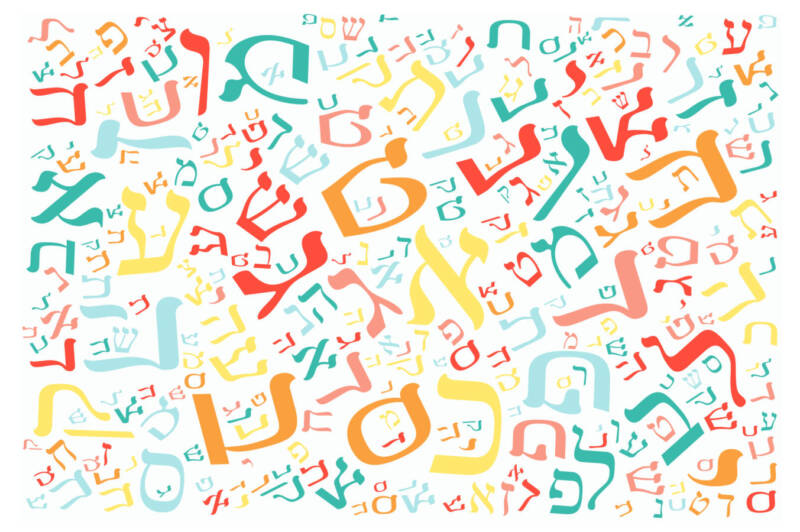 The Inheritance That Belongs to All

Commenting on a key verse from Parshat Vezot Haberacha, a Midrash tells a pointed story:

Once R. Yannai was walking along the way when he met a man who was elegantly dressed. R. Yannai said to him, “Will the master be my guest?” He replied, “As you please.”

The guest then rose up and seized R. Yannai, demanding, “Where is my inheritance that you have and are keeping from me?”

“What inheritance of yours do I have?”

It is a powerful story. R. Yannai sees an elegantly dressed stranger and assumes that he must be well educated. He takes him home and discovers the man has had no Jewish education whatsoever. He knows nothing of the rabbinic literature. He cannot even say Grace after Meals.

R. Yannai, a Torah scholar, looks down at the guest with contempt. But the stranger, with great dignity, says to him in effect: “The Torah is my inheritance as well as yours. Since you have much, and I have none, share a little of what you have with me. Instead of dismissing me, teach me.”

This idea goes so far back and so deep in Judaism that we can easily forget how radical it is. Knowledge – in the phrase commonly attributed to Sir Francis Bacon – is power. Those who have it are usually reluctant to share it with others. Most societies have had literate elites who controlled the administration of government. To this day, many professions use a technical vocabulary intelligible only to insiders, so that their knowledge is impenetrable to outsiders. (See Amos Funkenstein and Adin Steinsaltz, The Sociology of Ignorance [Hebrew] (Tel Aviv: Ministry of Defence, 1988).)

Judaism was different, profoundly so. I have speculated that this is connected with the fact that the birth of Judaism happened at roughly the same time as the birth of the Proto-Semitic alphabet, appearing in the age of the patriarchs, and whose earliest traces have been discovered in the Sinai desert in areas where slaves worked. The alphabet, with its mere twenty-two symbols, for the first time opened up the possibility of a society of universal literacy. Judaism, as we saw earlier, bears the mark of this throughout. Abraham was chosen to be a teacher:

“For I have chosen him so that he will instruct his children and his household after him to keep the way of the Lord.”

“Teach them to your children, speaking of them when you sit at home and when you travel on the way, when you lie down and when you rise.”

Above all is the personal example of Moses himself. At a critical moment, when Eldad and Medad were prophesying in the camp and Joshua felt that Moses’ authority was being challenged, Moses replied: “Are you jealous on my behalf? Would that all the Lord’s people were prophets and that the Lord would put His Spirit on them!” (Num. 11:29). Moses wished that everyone shared his access to the Divine.

The distinctive character of the covenant-making ceremony at Mount Sinai lay in the fact that it was, uniquely in the religious history of humankind, a revelation of God not to a prophet or an elite but to the entire people, a point the Torah stresses repeatedly:

“The people all responded together.”

“Then he took the Book of the Covenant and read it to the people.”

The septennial covenant renewal ceremony, hak’hel, was to include everyone: “Assemble the people – men, women, and children, and the strangers living in your towns – so they can listen and learn to fear the Lord your God and follow carefully all the words of this law” (Deut. 31:12). It was not that everyone may have knowledge of the laws and traditions of the people; it was that they must. This was a path-breaking form of egalitarianism: not equality of power or wealth but equality of access to education.

The speeches that constitute the book of Deuteronomy were in themselves the record of a pioneering adult education experience in which the master-prophet took the entire people as his disciples, teaching them both the law – the commands, statutes, and judgements – and no less importantly, the history that lay behind the law. Hence the prologue to the “song” of Haazinu:

“Moses recited the words of this song from beginning to end in the hearing of the whole assembly of Israel.”

Hence, likewise, the prologue to Moses’ blessing in Vezot Habracha: “This is the blessing with which Moses, the man of God, blessed the Israelites before his death… Moses commanded us the Torah, an inheritance of the congregation of Jacob” (Deut. 33:1, 4). This is the verse quoted by R. Yannai’s guest as proof that Torah belongs to everyone. It is the possession not of the learned, the elect, the specially gifted, not of a class or caste. It is the inheritance of the entire congregation of Jacob.

The impact of this radical democratisation of knowledge can be seen in a remarkable detail in the book of Judges. The context is this: Gideon (c. 1169 BCE) had been waging war against the Midianites. He asks the people of the town of Succot to give his troops food. They are famished and exhausted. The people refuse. First, they say, win the war, and then we will give you food. Gideon is angry, but he goes on to win the war. On his return, we read: “He caught a young man of Succot and questioned him, and the young man wrote down for him the names of the seventy-seven officials of Succot, the elders of the town” (Judges 8:14). The rest of the story does not concern us here. What is extraordinary is that, more than three thousand years ago, an Israelite leader took it for granted that a young man, chosen at random, could read and write! What is more impressive is that this is an incidental detail rather than something to which the narrator wishes to draw attention.

Nor was the lesson forgotten. In the fifth century BCE, seeking to restore coherence to a nation that had suffered defeat and exile by the Babylonians, Ezra convened the people in Jerusalem, giving them what in essence was an adult education seminar in Jewish literacy:

So on the first day of the seventh month Ezra the Priest brought the Law before the assembly, which was made up of men and women and all who were able to understand. He read it aloud from daybreak till noon as he faced the square before the Water Gate in the presence of the men, women, and others who could understand. And all the people listened attentively to the Book of the Law.

He and Nehemiah had positioned Levites throughout the crowd so that they could explain to everyone what was being said and what it meant (Neh. 8:8). This went on for many days. Ezra became, as was Moses, an exemplar of a new kind of leadership, born in biblical Israel: the teacher as hero. Eventually this became the basis of the Judaism that survived the cultural challenge of Greece, and the military might of Rome: not the Judaism of kings, priests, palaces, and Temple but the Judaism of the school, the synagogue, and the house of study. By the first century, a complete system of universal, compulsory education was in place, an achievement the Talmud attributes to Yehoshua b. Gamla (Bava Batra 21a), the first of its kind anywhere in the world.

Not until modern times did this idea of universal education spread beyond Judaism. It did not exist even in England, then the premier world power, until the Education Act of 1870. It has taken the internet revolution – Google and the rest – to make it a reality throughout the world. Even today, some fifty million children are still deprived of education, in countries like Somalia, Eritrea, Haiti, Comoros, and Ethiopia.

That education is the key to human dignity and should be equally available to all is one of the most profound ideas in all of history. It was born in those powerful words of Vezot Habracha:

“Moses commanded us the Torah, an inheritance of the congregation of Jacob.”