The Therapeutic Joy of Purim 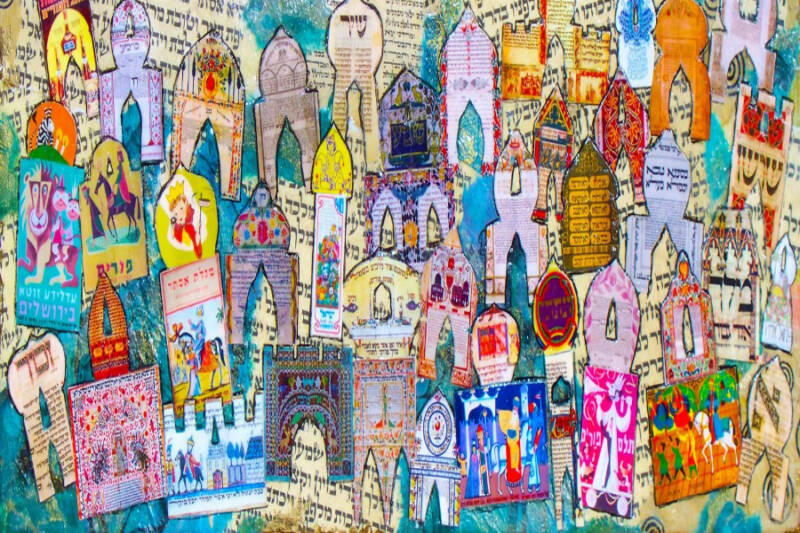 There is a unique law in the approach to Purim. Mishe-nichnas Adar marbim be-simcha: “From the beginning of Adar, we increase in joy.” It is stated in the Talmud (Taanit 29a), and is based on the passage in the Megillah (Esther 9:21-22) in which Mordechai sends a letter throughout the land instructing Jews “to observe the fourteenth day of the month of Adar and the fifteenth day, every year – the days on which the Jews obtained rest from their enemies and the month which for them was turned from sorrow into gladness and from mourning into a holiday.”

This in turn refers back to the text in which Haman decided on the timing of his decree: “In the first month, the month of Nissan, in the twelfth year of Achashverosh, they cast pur (that is, lots) before Haman from day to day, and from month to month until the twelfth month, which is the month of Adar” (Esther. 3:7).

The difficulties though are obvious. Why an entire month? The key events were focused on a few days, the thirteenth to the fifteenth, not the whole month. And why simcha? We can understand why the Jews of the time felt exhilaration. The decree sentencing them to death had been rescinded. Their enemies had been punished. Haman had been hanged on the very gallows he had prepared for Mordechai. Mordechai himself had been raised to greatness.

But is joy the emotion we should feel in perpetuity, remembering those events? The first warrant for genocide against the Jewish people (the second if one counts Pharaoh’s plan to kill all newborn Jewish males) had been frustrated. Is simcha the appropriate emotion? Surely what we should feel is relief, not joy. Pesach is the proof. The word “joy” is never mentioned in the Torah in connection with it.

Besides which, the Talmud asks why we do not say Hallel on Purim. It gives several answers. The most powerful is that in Hallel we say, “Servants of the Lord, give praise,” – meaning that we are no longer the servants of Pharaoh. But, says the Talmud, even after the deliverance of Purim, Jews were still the servants of Achashverosh (Megillah 14a). Tragedy had been averted but there was no real change in the hazards of life in the Diaspora.

It seems to me therefore that the simcha we celebrate throughout the month of Adar is different from the normal joy we feel when something good and positive has happened to us or our people. That is expressive joy. The simcha of Adar, by contrast, is therapeutic joy.

Imagine what it is to be part of a people that had once heard the command issued against them: “to destroy, kill and annihilate all the Jews—young and old, women and children—on a single day” (Est. 3:13). We who live after the Holocaust, who have met survivors, heard their testimony, seen the photographs and documentaries and memorials, know the answer to that question. On Purim the Final Solution was averted. But it had been pronounced. Ever afterward, Jews knew their vulnerability. The very existence of Purim in our historical memory is traumatic.

The Jewish response to trauma is counterintuitive and extraordinary. You defeat fear by joy. You conquer terror by collective celebration. You prepare a festive meal, invite guests, give gifts to friends. While the story is being told, you make a rumbustious noise as if not only to blot out the memory of Amalek, but to make a joke out of the whole episode. You wear masks. You drink a little too much. You make a Purim spiel.

Precisely because the threat was so serious, you refuse to be serious – and in that refusal you are doing something very serious indeed. You are denying your enemies a victory. You are declaring that you will not be intimidated. As the date of the scheduled destruction approaches, you surround yourself with the single most effective antidote to fear: joy in life itself. As the three-sentence summary of Jewish history puts it: “They tried to destroy us. We survived. Let’s eat.” Humour is the Jewish way of defeating hate. What you can laugh at, you cannot be held captive by.

I learned this from a Holocaust survivor. Some years ago, I wrote a book, Celebrating Life, to write my way out of the depression I fell into after the death of my father, zichro livracha. It was a cheer-you-up book, and it became a favourite of the Holocaust survivors. One of them, however, told me that a particular passage in the book was incorrect. Commenting on Roberto Begnini’s comedy about the Holocaust, Life is Beautiful, I had said that though I agreed with his thesis – a sense of humour keeps you sane – that was not enough in Auschwitz to keep you alive.

“On that, you are wrong,” the survivor said, and then told me his story. He had been in Auschwitz, and he soon realised that if he failed to keep his spirits up, he would die. So he made a pact with another young man, that they would both look out, each day, for some occurrence they found amusing. At the end of each day they would tell one another their story and they would laugh together. “That sense of humour saved my life,” he said. I stood corrected. He was right.

That is what we do on Purim. The joy, the merrymaking, the food, the drink, the whole carnival atmosphere, are there to allow us to live with the risks of being a Jew – in the past, and tragically in the present also – without being terrified, traumatised or intimidated. It is the most counter-intuitive response to terror, and the most effective. Terrorists aim to terrify. To be a Jew is to refuse to be terrified.

Terror, hatred, violence – the dark forces that are currently ravaging country after country in the Middle East, sub-Saharan Africa and parts of Asia – are always ultimately self-destructive. Those who practise them are always, as was Haman, hoisted on their own petard, destroyed by their very will to destruction. And yes, we as Jews must fight antisemitism, the demonisation of Israel, and the intimidation of Jewish students on campus.

But we must never let ourselves be intimidated – and the Jewish way to avoid this is marbim be-simcha, to increase our joy. The people that can know the full darkness of history and yet rejoice is a people whose spirit no power on earth can ever break. Purim sameach. Elaine and I wish you a Purim full of joy.