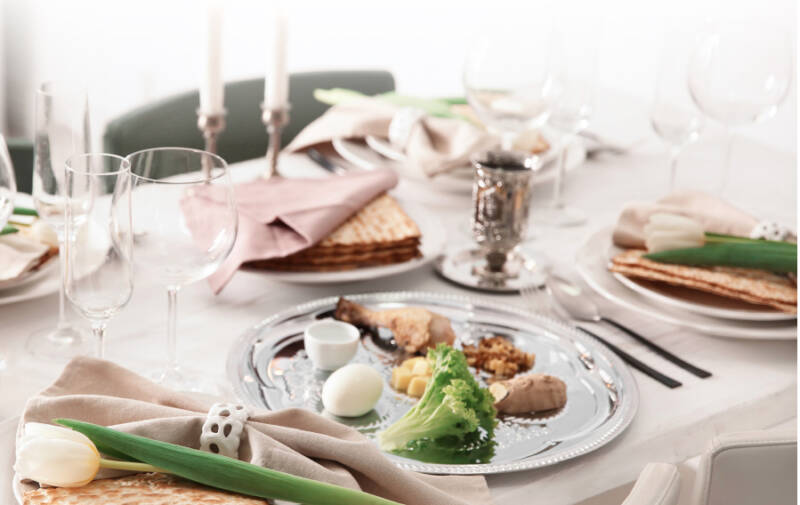 The Ten Plagues is the fifth section found in our Seder Night Guide, aimed at giving you some ideas and thoughts on several of the core pages from the Haggadah and how Rabbi Sacks understands them. We have created a PDF of the full Seder Night Guide, as well as separate PDFs, so that you can pick and choose which sections to download, print, and discuss at your Seder Table.

One of the most exciting and colourful parts of the story of the Exodus is the Ten Plagues. There is a custom to spill a drop of wine as we say the name of each plague. There are many reasons given for this, but the most beautiful is that of Abudraham, (a 14th century Rabbi from Spain who is best known for his commentary on the siddur), who interprets it in accordance with the verse, “Do not rejoice when your enemy falls” (Proverbs 24:17). We give thanks for the miraculous plagues which brought our ancestors out of Egypt and granted them freedom, but at the same time, we also shed a symbolic tear for those who suffered.

The plagues occupy the borderline, so common to the Torah, between the natural and the supernatural. Commentators have been divided between those who emphasise their miraculous character and others who have sought to provide a scientific account of the disasters in terms of a series of chain reactions to an initial ecological disaster, possibly the appearance of algae in the Nile, which turned the water red and caused the fish to die. Which view speaks more compellingly to us will depend on whether we understand the word “miracle” as a suspension of the laws of nature, or an event that occurs within nature but that, by happening when and to whom it does, reveals a providential pattern in history.

Commentary to The Ten Plagues,
The Jonathan Sacks Haggadah

Do you think the plagues were from natural causes or supernatural intervention? Do you think they are any less impressive if God performed them through nature?

The plague of lice is a sardonic comment on the monumental scale of Egyptian architecture. The Egyptians believed the gods were to be found in things that are big. God shows them His Presence in something so small as to be almost invisible. The irony recurs in the division of the Red Sea, where Pharaoh’s greatest military asset, the chariots, prove to be his undoing, as their wheels sink into the mud. The key to the plagues – as in God’s covenant with Noach – is the principle of reciprocity: ‘As you do, so shall you be done to.’ Those who harm others will themselves be harmed. Nations that begin by depriving others of their liberty in the end destroy themselves. Historically, this was so. Egypt never again recovered the greatness it had enjoyed in the earlier part of Ramses II’s rule.

Commentary on The Ten Plagues,
The Jonathan Sacks Haggadah

What is the message behind the plague of lice? How can we apply this lesson to our own lives?

How many of the plagues can you simulate at your Seder night?

Here are a few ideas (some may require preparation in the days before Seder night):