The Politics of Responsibility 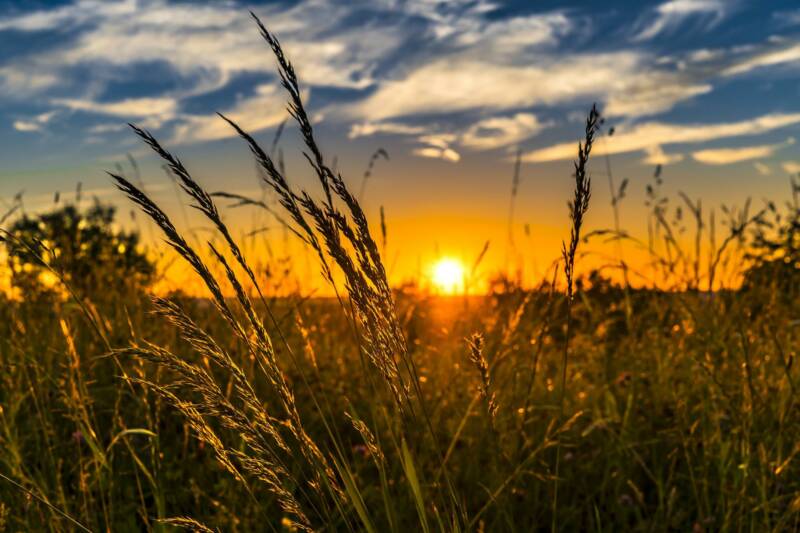 The twenty-sixth chapter of the book of Vayikra sets out, with stunning clarity, the terms of Jewish life under the covenant. On the one hand, there is an idyllic picture of the blessing of Divine favour: If Israel follows God’s decrees and keeps His commands, there will be rain, the earth will yield its fruit, there will be peace, the people will flourish, they will have children, and the Divine presence will be in their midst. God will make them free.

“I broke the bars of your yoke and enabled you to walk with heads held high.”

The other side of the equation, though, is terrifying: the curses that will befall the nation should the Israelites fail to honour their mission as a holy nation:

“But if you do not listen to Me and do not carry out all these commands… I will appoint over you sudden terror, wasting diseases, and fever, which will make your eyes fail and your spirit languish. In vain shall you sow your seed, for your enemies will eat its yield… And if, in spite of all this, you will still not listen to Me, I shall punish you seven times over for your sins… I will make your sky like iron, your land like bronze… I will turn your cities into ruins… I will lay waste the land… As for the survivors, I will bring such insecurity into their hearts in their enemies’ lands that the sound of a windblown leaf will make them run as if they fled the sword; and they will fall, though no one is chasing them.

Read in its entirety, this passage is more like Holocaust literature than anything else. The repeated phrases – “If after all this. . . If despite this. . . If despite everything” – come like hammer-blows of fate. It is a passage shattering in its impact, all the more so since so much of it came true at various times in Jewish history. Yet the curses end with the most profound promise of ultimate consolation. Despite everything God will not break His covenant with the Jewish people. Collectively they will be eternal. They may suffer, but they will never be destroyed. They will undergo exile but eventually they will return.

Stated with the utmost drama, this is the logic of covenant. Unlike other conceptions of history or politics, covenant sees nothing inevitable or even natural about the fate of a people. Israel will not follow the usual laws of the rise and fall of civilisations. The Jewish people were not to see their national existence in terms of cosmology, written into the structure of the universe, immutable and fixed for all time, as did the ancient Mesopotamians and Egyptians. Nor were they to see their history as cyclical, a matter of growth and decline. Instead, it would be utterly dependent on moral considerations. If Israel stayed true to its mission, it would flourish. If it drifted from its vocation, it would suffer defeat after defeat.

Only one other nation in history has consistently seen its fate in similar terms, namely the United States. The influence of the Hebrew Bible on American history – carried by the Pilgrim Fathers and reiterated in presidential rhetoric ever since – was decisive. Here is how one writer described the faith of Abraham Lincoln:

We are a nation formed by a covenant, by dedication to a set of principles and by an exchange of promises to uphold and advance certain commitments among ourselves and throughout the world. Those principles and commitments are the core of American identity, the soul of the body politic. They make the American nation unique, and uniquely valuable, among and to the other nations. But the other side of the conception contains a warning very like the warnings spoken by the prophets to Israel: if we fail in our promises to each other, and lose the principles of the covenant, then we lose everything, for they are we.[1]

Covenantal politics is moral politics, driving an elemental connection between the fate of a nation and its vocation. This is statehood as a matter not of power but of ethical responsibility.

One might have thought that this kind of politics robbed a nation of its freedom. Spinoza argued just this. “This, then, was the object of the ceremonial law,” he wrote, “that men should do nothing of their own free will, but should always act under external authority, and should continually confess by their actions and thoughts that they were not their own masters.”[2] However, in this respect, Spinoza was wrong. Covenant theology is emphatically a politics of liberty.

What is happening in Vayikra 26 is an application to a nation as a whole of the proposition God spelled out to individuals at the beginning of human history:

The Lord said to Cain, “Why are you angry? Why is your face downcast? If you act well, will you not be uplifted? If you fail to act well, sin is crouching at the door; it longs to have you, but you must master it.”

The choice – God is saying – is in your hands. You are free to do what you choose. But actions have consequences. You cannot overeat and take no exercise, and at the same time stay healthy. You cannot act selfishly and win the respect of other people. You cannot allow injustices to prevail and sustain a cohesive society. You cannot let rulers use power for their own ends without destroying the basis of a free and gracious social order. There is nothing mystical about these ideas. They are eminently intelligible. But they are also, and inescapably, moral.

I brought you from slavery to freedom – says God – and I empower you to be free. But I cannot and will not abandon you. I will not intervene in your choices, but I will instruct you on what choices you ought to make. I will teach you the constitution of liberty.

The first and most important principle is this: A nation cannot worship itself and survive. Sooner or later, power will corrupt those who wield it. If fortune favours it and it grows rich, it will become self-indulgent and eventually decadent. Its citizens will no longer have the courage to fight for their liberty, and it will fall to another, more Spartan power.

If there are gross inequalities, the people will lack a sense of the common good. If government is high-handed and non-accountable, it will fail to command the loyalty of the people. None of this takes away your freedom. It is simply the landscape within which freedom is to be exercised. You may choose this way or that, but not all paths lead to the same destination.

To stay free, a nation must worship something greater than itself, nothing less than God, together with the belief that all human beings are created in His image. Self-worship on a national scale leads to totalitarianism and the extinction of liberty. It took the loss of more than 100 million lives in the twentieth century to remind us of this truth.

In the face of suffering and loss, there are two fundamentally different questions an individual or nation can ask, and they lead to quite different outcomes. The first is, “What did I, or we, do wrong?” The second is, “Who did this to us?” It is not an exaggeration to say that this is the fundamental choice governing the destinies of people.

The latter leads inescapably to what is today known as the victim culture. It locates the source of evil outside oneself. Someone else is to blame. It is not I or we who are at fault, but some external cause. The attraction of this logic can be overpowering. It generates sympathy. It calls for, and often evokes, compassion. It is, however, deeply destructive. It leads people to see themselves as objects, not subjects. They are done to, not doers; passive, not active. The results are anger, resentment, rage and a burning sense of injustice. None of these, however, ever leads to freedom, since by its very logic this mindset abdicates responsibility for the current circumstances in which one finds oneself. Blaming others is the suicide of liberty.

Blaming oneself, by contrast, is difficult. It means living with constant self-criticism. It is not a route to peace of mind. Yet it is profoundly empowering. It implies that, precisely because we accept responsibility for the bad things that have happened, we also have the ability to chart a different course in the future. Within the terms set by covenant, the outcome depends on us. That is the logical geography of hope, and it rests on the choice Moses was later to define in these words:

I call Heaven and Earth as witnesses against you today: I have set before you life and death, the blessing and the curse. Choose life – so that you and your children may live.

One of the most profound contribution Torah made to the civilisation of the West is this: that the destiny of nations lies not in the externalities of wealth or power, fate or circumstance, but in moral responsibility: the responsibility for creating and sustaining a society that honours the image of God within each of its citizens, rich and poor, powerful or powerless alike.

The politics of responsibility is not easy. The curses of Vayikra 26 are the very reverse of comforting. Yet the profound consolations with which they end are not accidental, nor are they wishful thinking. They are testimony to the power of the human spirit when summoned to the highest vocation. A nation that sees itself as responsible for the evils that befall it, is also a nation that has an inextinguishable power of recovery and return.

1.  Has God kept His covenant with the Jewish people? Can you bring proof from Jewish history?

2. If we are punished for our sins, are we really free to choose between right and wrong?

3. Is Jewish civilisation based on a victim culture or one of moral responsibility? Can you bring some examples as proof?