The Genesis of Justice 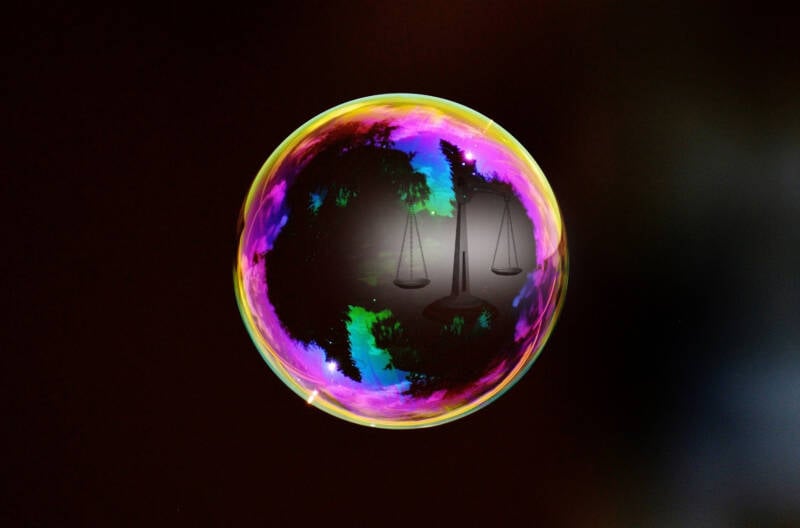 There are words that change the world, none more so than two sentences that appear in the first chapter of the Torah:

Then God said, “Let us make mankind in our image, in our likeness, so that they may rule over the fish in the sea and the birds in the sky, over the livestock and all the wild animals, and over all the creatures that move along the ground.”

So God created mankind in His own image,

in the image of God He created them;

male and female He created them.

The idea set forth here is perhaps the most transformative in the entire history of moral and political thought. It is the basis of the civilisation of the West with its unique emphasis on the individual and on equality. It lies behind Thomas Jefferson’s words in the American Declaration of Independence, “We hold these truths to be self-evident, that all men are created equal [and] are endowed by their Creator with certain inalienable rights …” These truths are anything but self-evident. They would have been regarded as absurd by Plato who held that society should be based on the myth that humans are divided into people of gold, silver and bronze and it is this that determines their status in society. Aristotle believed that some are born to rule and others to be ruled.

Revolutionary utterances do not work their magic overnight. As Rambam explained in The Guide for the Perplexed, it takes people a long time to change. The Torah functions in the medium of time. It did not abolish slavery, but it set in motion a series of developments – most notably Shabbat, when all hierarchies of power were suspended and slaves had a day a week of freedom – that were bound to lead to its abolition in the course of time.

People are slow to understand the implications of ideas. Thomas Jefferson, champion of equality, was a slave-owner. Slavery was not abolished in the United States until the 1860s and not without a civil war. And as Abraham Lincoln pointed out, slavery’s defenders as well as its critics cited the Bible in their cause. But eventually people change, and they do so because of the power of ideas planted long ago in the Western mind.

What exactly is being said in the first chapter of the Torah?

The first thing to note is that it is not a stand-alone utterance, an account without a context. It is in fact a polemic, a protest, against a certain way of understanding the universe. In all ancient myth the world was explained in terms of battles of the gods in their struggle for dominance. The Torah dismisses this way of thinking totally and utterly. God speaks and the universe comes into being. This, according to the great nineteenth century sociologist Max Weber, was the end of myth and the birth of Western rationalism.

More significantly, it created a new way of thinking about the universe. Central to both the ancient world of myth and the modern world of science is the idea of power, force, energy. That is what is significantly absent from Genesis 1. God says, “Let there be,” and there is. There is nothing here about power, resistance, conquest or the play of forces. Instead, the key word of the narrative, appearing seven times, is utterly unexpected. It is the word tov, good.

Tov is a moral word. The Torah in Genesis 1 is telling us something radical. The reality to which Torah is a guide (the word “Torah” itself means guide, instruction, law) is moral and ethical. The question Genesis seeks to answer is not “How did the universe come into being?” but “How then shall we live?” This is the Torah’s most significant paradigm-shift. The universe that God made and we inhabit is not about power or dominance but about tov and ra, good and evil.[1] For the first time, religion was ethicised. God cares about justice, compassion, faithfulness, loving-kindness, the dignity of the individual and the sanctity of life.

This same principle, that Genesis 1 is a polemic, part of an argument with a background, is essential to understanding the idea that God created humanity “in His image, after His likeness.” This language would not have been unfamiliar to the first readers of the Torah. It was one they knew well. It was commonplace in the first civilisations, Mesopotamia and ancient Egypt, where certain people were said to be in the image of God. They were the Kings of the Mesopotamian city-states and the Pharaohs of Egypt. Nothing could have been more radical than to say that not just kings and rulers appear in God’s image. We all do. Even today the idea is daring: how much more so in an age of absolute rulers with absolute power.

Understood thus, Genesis 1:26-27 is not so much a metaphysical statement about the nature of the human person as it is a political protest against the very basis of hierarchical, class- or caste-based societies whether in ancient or modern times. That is what makes it the most incendiary idea in the Torah. In some fundamental sense we are all equal in dignity and ultimate worth, for we are all in God’s image regardless of colour, culture or creed.

A similar idea appears later in the Torah, in relation to the Jewish people, when God invited them to become a kingdom of priests and a holy nation (Ex. 19:6). All nations in the ancient world had priests, but none was “a kingdom of priests.” All religions have holy individuals – but none claim that every one of their members is holy. This too took time to materialise. During the entire biblical era there were hierarchies. There were Priests and High Priests, a holy elite. But after the destruction of the Second Temple, every prayer became a sacrifice, every leader of prayer a priest, and every synagogue a fragment of the Temple. A profound egalitarianism is at work just below the surface of the Torah, and the Rabbis knew it and lived it.

A second idea is contained in the phrase, “so that they may rule over the fish in the sea and the birds in the sky.” Note that there is no suggestion that anyone has the right to have dominion over any other human being. In Paradise Lost, Milton, like the Midrash, states that this was the sin of Nimrod, the first great ruler of Assyria and by implication the builder of the Tower of Babel (see Gen. 10:8-11). Milton writes that when Adam was told that Nimrod would “arrogate dominion undeserved,” he was horrified:

O execrable son so to aspire

Above his Brethren, to himself assuming

Authority usurped, from God not given:

He gave us only over beast, fish, fowl

Dominion absolute; that right we hold

By his donation; but man over men

He made not lord; such title to himself

To question the right of humans to rule over other humans without their consent was at that time utterly unthinkable. All advanced societies were like this. How could they be otherwise? Was this not the very structure of the universe? Did the sun not rule the day? Did the moon not rule the night? Was there not a hierarchy of the gods in heaven itself? Already implicit here is the deep ambivalence the Torah would ultimately show toward the very institution of kingship, the rule of “man over men.”

The third implication lies in the sheer paradox of God saying, “Let us make man in our image, after our likeness.” We sometimes forget, when reading these words, that in Judaism God has no image or likeness. To make an image of God is to transgress the second of the Ten Commandments and to be guilty of idolatry. Moses emphasised that at the Revelation at Sinai, “You saw no likeness, you only heard the sound of words.” (Deut. 4:12)

God has no image because He is not physical. He transcends the physical universe because He created it. Therefore He is free, unconstrained by the laws of matter. That is what God means when He tells Moses that His name is “I will be what I will be” (Ex. 3:14), and later when, after the sin of the Golden Calf, He tells him, “I will have mercy on whom I will have mercy.” God is free, and by making us in His image, He gave us also the power to be free.

This, as the Torah makes clear, was God’s most fateful gift. Given freedom, humans misuse it. Adam and Eve disobey God’s command. Cain murders Abel. By the end of the parsha we find ourselves in the world about to be destroyed by the Flood, for it is filled with violence to the point where God regretted that He had ever created humanity. This is the central drama of Tanach and of Judaism as a whole. Will we use our freedom to respect order or misuse it to create chaos? Will we honour or dishonour the image of God that lives within the human heart and mind?

These are not only ancient questions. They are as alive today as ever they were in the past. The question raised by serious thinkers – ever since Nietzsche argued in favour of abandoning both God and the Judeo-Christian ethic – is whether justice, human rights, and the unconditional dignity of the human person are capable of surviving on secular grounds alone? Nietzsche himself thought not.

In 2008, Yale philosopher Nicholas Woltersdorff published a magisterial work arguing that our Western concept of justice rests on the belief that “all of us have great and equal worth: the worth of being made in the image of God and of being loved redemptively by God.”[2] There is, he insists, no secular rationale on which a similar framework of justice can be built. That is surely what John F. Kennedy meant in his Inaugural Address when he spoke of the “revolutionary beliefs for which our forebears fought,” that “the rights of man come not from the generosity of the state, but from the hand of God.”[3]

Momentous ideas made the West what it is, ideas like human rights, the abolition of slavery, the equal worth of all, and justice based on the principle that right is sovereign over might.[4] All of these ultimately derived from the statement in the first chapter of the Torah that we are made in God’s image and likeness. No other text has had a greater influence on moral thought, nor has any other civilisation ever held a higher vision of what we are called on to be.

[1] What I take to be the meaning is of the story of Adam and Eve and the Tree of Knowledge is for another time. In the meantime, see Maimonides, The Guide for the Perplexed, I:2.

[4] Read Rabbi Sacks’ Introduction to his Essays on Ethics to understand his expanded thoughts on this notion.