When Truth is Sacrificed to Power 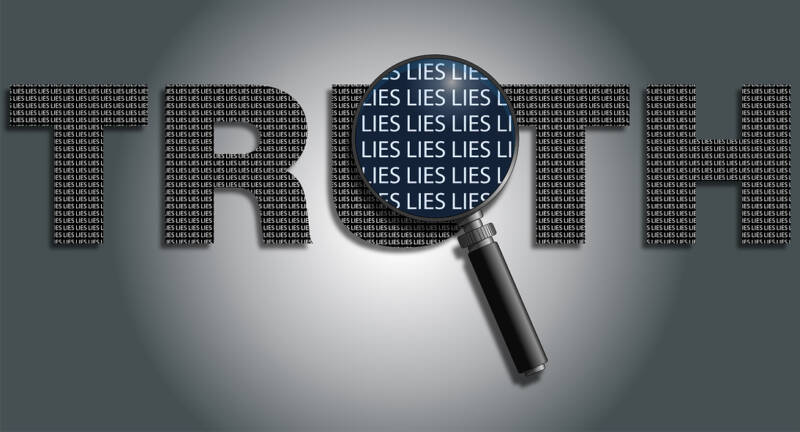 What was wrong with the actions of Korach and his fellow rebels? On the face of it, what they said was both true and principled.

“You have gone too far,” they said to Moses and Aaron. “All of the community is holy, every one of them, and the Lord is with them. Why then do you set yourselves above the Lord’s people?”

They had a point. God had summoned the people to become “a kingdom of priests and a holy nation,” (Ex. 19:6), that is, a kingdom every one of whose members was in some sense a priest, and a nation where every member was holy. Moses himself had said, “Would that all the Lord’s people were prophets, that the Lord would place His spirit upon them all!” (Num. 11:29) These are radically egalitarian sentiments. Why then was there a hierarchy, with Moses as leader and Aaron as High Priest?

What was wrong with Korach’s statement was that even at the outset it was obvious that he was duplicitous. There was a clear disconnection between what he claimed to want and what he really sought. Korach did not seek a society in which everyone was the same, everyone the Priests. He was not as he sounded, a utopian anarchist seeking to abolish hierarchy altogether. He was, instead, mounting a leadership challenge. As Moses’ later words to him indicate, he wanted to be High Priest himself. He was Moses’ and Aaron’s cousin, son of Yitzhar, the brother of Moses’ and Aaron’s father Amram, and he therefore felt it unfair that both leadership positions had gone to a single family within the clan. He claimed to want equality. In fact what he wanted was power.

That was the stance of Korach the Levite. But what was happening was more complex than that. There were two other groups involved: the Reubenites, Datham and Aviram, formed one group, and “two hundred and fifty Israelite men, leaders of the community, chosen from the assembly, men of repute,” were the other. (Num. 16:2) They too had their grievances. The Reubenites were aggrieved that as descendants of Jacob’s firstborn, they had no special leadership roles. According to Ibn Ezra, the two hundred and fifty ‘men of rank’ were upset that, after the sin of the Golden Calf, leadership had passed from the firstborn within each tribe to the single tribe of Levi.

None of this, however, unsettled Moses. What caused him frustration was something else altogether – the words of Datan and Aviram:

The monumental untruth of their claim – Egypt, where the Israelites were slaves and cried out to God to be saved, was not “a land flowing with milk and honey” – was the crux of the issue for Moses.

What is going on here? The Sages defined it in one of their most famous statements:

The Rabbis did not conclude from the Korach rebellion that argument is wrong, that leaders are entitled to unquestioning obedience, that the supreme value in Judaism should be – as it is in some faiths – submission. To the contrary: argument is the lifeblood of Judaism, so long as it is rightly motivated and essentially constructive in its aims.

Judaism is a unique phenomenon: a civilisation all of whose canonical texts are anthologies of argument. In Tanach, the heroes of faith – Abraham, Moses, Jeremiah, Job – argue with God. Midrash is founded on the premise that there are “seventy faces” – seventy legitimate interpretations – of Torah. The Mishnah is largely constructed on the model of “Rabbi X says this, Rabbi Y says that.” The Talmud, far from resolving these arguments, usually deepens them considerably. Argument in Judaism is a holy activity, the ongoing internal dialogue of the Jewish people as it reflects on the terms of its destiny and the demands of its faith.

What then made the argument of Korach and his co-conspirators different from that of the schools of Hillel and Shammai. Rabbeinu Yona offered a simple explanation. An argument for the sake of Heaven is one that is about truth. An argument not for the sake of Heaven is about power. The difference is immense. In a contest for power, if I lose, I lose. But if I win, I also lose, because in diminishing my opponents I have diminished myself. If I argue for the sake of truth, then if I win, I win. But if I lose, I also win, because being defeated by the truth is the only defeat that is also a victory. I am enlarged. I learn something I did not know before.

Moses could not have had a more decisive vindication than the miracle for which he asked and was granted: that the ground open up and swallow his opponents. Yet not only did this not end the argument, it diminished the respect in which Moses was held:

The next day the entire Israelite community complained to Moses and Aaron, “You have killed the Lord’s people!”

That Moses needed to resort to force was itself a sign that he had been dragged down to the level of the rebels. That is what happens when power, not truth, is at stake.

One of the aftermaths of Marxism, persisting in such movements as postmodernism and post-colonialism, is the idea that there is no such thing as truth. There is only power. The prevailing “discourse” in a society represents, not the way things are, but the way the ruling power (the hegemon) wants things to be. All reality is “socially constructed” to advance the interests of one group or another. The result is a “hermeneutics of suspicion,” in which we no longer listen to what anyone says; we merely ask, what interest are they trying to advance. Truth, they say, is merely the mask worn to disguise the pursuit of power. To overthrow a “colonial” power, you have to invent your own “discourse,” your own “narrative,” and it does not matter whether it is true or false. All that matters is that people believe it.

That is what is now happening in the campaign against Israel on campuses throughout the world, and in the BDS (Boycott, Divestment, and Sanctions) movement in particular.[1] Like the Korach rebellion, it brings together people who have nothing else in common. Some belong to the far left, a few to the far right; some are anti-globalists, while some are genuinely concerned with the plight of the Palestinians. Driving it all, however, are people who on theological and political grounds are opposed to the existence of Israel within any boundaries whatsoever, and are equally opposed to democracy, free speech, freedom of information, religious liberty, human rights, and the sanctity of life. What they have in common is a refusal to give the supporters of Israel a fair hearing – thus flouting the fundamental principle of justice, expressed in Roman law in the phrase Audi alteram partem, “Hear the other side.”

The flagrant falsehoods it sometimes utters – that Israel was not the birthplace of the Jewish people, that there never was a Temple in Jerusalem, that Israel is a “colonial” power, a foreign transplant alien to the Middle East – rival the claims of Datan and Aviram that Egypt was a land flowing with milk and honey and that Moses brought the people out solely in order to kill them in the desert. Why bother with truth when all that matters is power? Thus the spirit of Korach lives on.

All this is very sad indeed, since it is opposed to the fundamental principle of the university as a home for the collaborative search for truth. It also does little for the cause of peace in the Middle East, for the future of the Palestinians, or for freedom, democracy, religious liberty, and human rights. There are real and substantive issues at stake, which need to be faced by both sides with honesty and courage. Nothing is achieved by sacrificing truth to the pursuit of power – the way of Korach through the ages.

[1] A reminder of the context: this piece was written by Rabbi Sacks in 2015, although his timeless words continue to give us pause about such movements and their substantial impact.