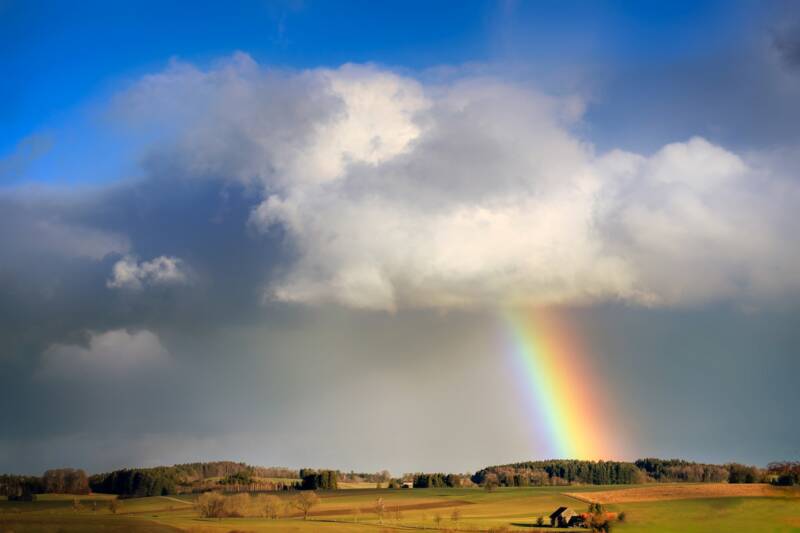 The parsha of Matot begins with a passage about vows and oaths and their annulment. It uses vocabulary that was later to be adopted and adapted for Kol Nidrei, the annulment of vows on the eve of Yom Kippur. Its position here, though – near the end of the book of Numbers – is strange.

The Torah has been describing the last stages in the Israelites’ journey to the Promised Land. The command has been given to divide the land by lot between the tribes. Moses has been told by God to prepare for his death. He asks God to appoint a successor, which He does. The role goes to Joshua, Moses’ apprentice for many years. The narrative then breaks off to make way for an extended account of the sacrifices to be brought on the various days of the year. Following that comes the section with which parshat Matot begins, about vows and oaths.

Why is it here? There is a superficial answer. There is a verbal link with the penultimate verse of the previous parsha:

“These shall you offer to the Lord on your festivals, in addition to your vows and your freewill offerings.”

Having mentioned vows, the Torah now states the laws that apply to them. That is one explanation.

However there is another answer, one that goes to the very heart of the project on which the Israelites were about to embark once they had crossed the Jordan and conquered the land. One problem, perhaps the problem, to which the Torah is an answer is: Can freedom and order coexist in the human sphere? Can there be a society which is both free and just at the same time? The Torah sets out for us the other alternatives. There can be freedom and chaos. That was the world full of violence before the Flood. And there can be order without freedom. That was the Egypt from which the Israelites were liberated. Is there a third alternative? And if so, how is it created?

The answer the Torah gives has to do with language. Recall that it was with language that God created the world: “And God said, Let there be… and there was…” One of the first gifts God gave humanity was language. When the Torah says that “God formed man from the dust of the land and breathed the breath of life into his nostrils, and the man became a living being” (Gen. 2:7), the Targum translates the last phrase as “and man became a speaking being.” For Judaism, speaking is life itself.

However, Judaism is particularly interested in one unusual use of language. The Oxford philosopher J. L. Austin called it “performative utterance.”[1] This happens when we use language not to describe something but to do something. So, for instance, when a groom says to his bride under the chupah, “Behold you are betrothed to me,” he is not describing a marriage, he is getting married. When in ancient times the Beit Din declared the New Moon, they were not making a statement of fact. They were creating a fact, they were turning the day into the New Moon.

The key example of a performative utterance is a promise. When I promise you that I will do something, I am creating something that did not exist before, namely an obligation. This fact, small though it might seem, is the foundation of Judaism.

A mutual promise – X pledges himself to do certain things for Y, and Y commits himself to do other things for X – is called a covenant, and Judaism is based on covenant, specifically the covenant made between God and the Israelites at Mount Sinai, which bound them and still to this day binds us. In human history, it is the supreme case of a performative utterance.

Two philosophers understood the significance of the act of promising to the moral life. One was Nietzsche. This is what he said:

To breed an animal with the prerogative to promise – is that not precisely the paradoxical task which nature has set herself with regard to humankind? Is it not the real problem of humankind?… Man himself will really have to become reliable, regular, necessary, even in his own self-image, so that he, as someone making a promise is, is answerable to his own future! That is precisely what constitutes the long history of the origins of responsibility.

On the Genealogy of Morality[2]

The other was Hannah Arendt, who in essence explained what Nietzsche meant. Human affairs are fraught with unpredictability. That is because we are free. We do not know how other people will behave or how they will respond to an act of ours. So we can never be sure of the consequences of our own decisions. Freedom seems to rob the human world of order. We can tell how inanimate objects will behave under different conditions. We can be reasonably sure of how animals will behave. But we cannot tell in advance how humans will react. How then can we create an orderly society without taking away people’s freedom?

The answer is the act of promising. When I promise to do something, I am freely placing myself under an obligation to do something in the future. If I am the kind of person who is known to keep his word, I have removed one element of unpredictability from the human world. You can rely on me, since I have given my word. When I promise, I voluntarily bind myself. It is this ability of humans to voluntarily commit themselves to do, or refrain from doing, certain acts that generates order in the relations between human beings without the use of coercive force.[3]

“When a man makes a vow to the Lord or takes an oath binding himself to an obligation, he must not break his word; whatever he speaks, that he must fulfil” (Num. 30:3). It is no accident that this, the second verse of parshat Matot, is stated shortly before the Israelites approach the Promised Land. The institution of promising, of which vows and oaths to God are a supreme example, is essential to the existence of a free society. Freedom depends upon people keeping their word.

One instance of how this plays out in real life appears later in the parsha. Two of the tribes, Reuben and Gad, decide that they would rather live to the east of the Jordan where the land is more suitable for their livestock. After a fraught conversation with Moses, who accuses them of shirking their responsibilities to the rest of the people, they agree to be on the front lines of the army until the conquest of the land is complete. Everything depends on their keeping their word.

All social institutions in a free society depend on trust, and trust means honouring our promises, doing what we say we will do. When this breaks down, the very future of freedom is at risk. There is a classic example of this in Tanach. It appears in the book of Jeremiah, where the Prophet is describing the society of his time, when people could no longer be trusted to keep their word:

They are valorous in the land for treachery, not for honesty;

They advance from evil to evil.

They do not heed Me – declares the Lord.

Beware of your friends;

Trust not even a brother,

For every one of them is a deceiver, and every friend a slanderer.

Friend deceives friend, and no one speaks the truth.

They have taught their tongues to lie; they weary themselves with sinning.

You live in the midst of deceit; in their deceit they refuse to heed Me – declares the Lord.

That was the condition of a society that was about to lose its freedom to the Babylonians. It never fully recovered.

If trust breaks down, social relationships break down. Society will then depend on law enforcement agencies or some other use of force. When force is widely used, society is no longer free. The only way free human beings can form collaborative and cooperative relationships without recourse to force is by the use of verbal undertakings honoured by those who make them.

Freedom needs trust. Trust needs people to keep their word, and keeping your word means treating words as holy, vows and oaths as sacrosanct. Only under very special and precisely formulated circumstances can you be released from your undertakings. That is why, as the Israelites approached the Holy Land where they were to create a free society, they had to be reminded of the sacred character of vows and oaths.

The temptation to break your word when it is to your advantage to do so can sometimes be overwhelming. That is why belief in God – a God who oversees all we think, say, and do, and who holds us accountable to our commitments – is so fundamental. Although it sounds strange to us now, the father of toleration and liberalism, John Locke, held that citizenship should not be extended to atheists because, not believing in God, they could not be trusted to honour their word.[4]

Understanding this, we can now appreciate that the appearance of laws about vows and oaths at the end of the book of Numbers, as the Israelites are approaching the land of Israel, is no accident, and the moral is still relevant today. A free society depends on trust. Trust depends on keeping your word. That is how humans imitate God – by using language to create. Words create moral obligations, and moral obligations, undertaken responsibly and honoured faithfully, create the possibility of a free society. So never break a promise. Always do what you say you are going to do. If we fail to keep our word, eventually we will lose our freedom.