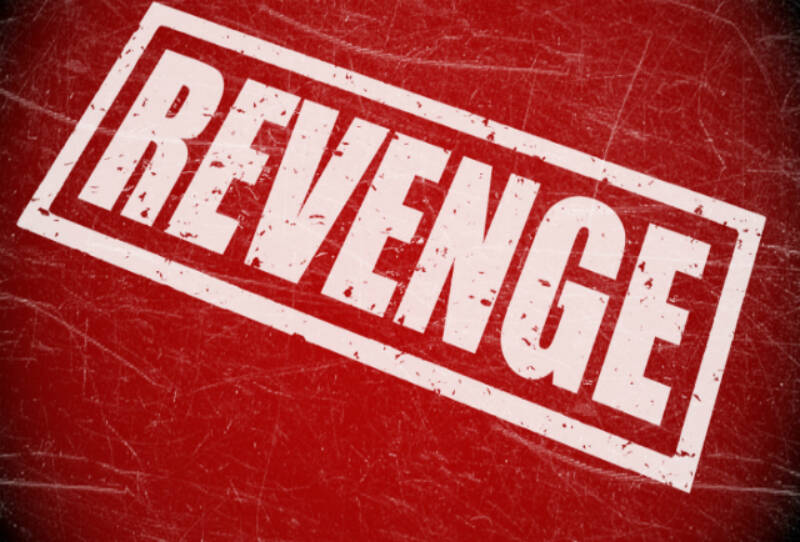 Near the end of Bamidbar, we encounter the law of the cities of refuge: three cities to the east of the Jordan and, later, three more within the land of Israel itself. There, people who had committed homicide could flee and find protection until their case was heard by a court of law. If they were found guilty of murder, in biblical times they were sentenced to death. If found innocent – if the death happened by accident or inadvertently, with neither deliberation nor malice – then they were to stay in the city of refuge “until the death of the High priest.” There, they were protected against revenge on the part of the goel ha-dam, the blood-redeemer, usually the closest relative of the person who had been killed.

Homicide is never less than serious in Jewish law. But there is a fundamental difference between murder – deliberate killing – and manslaughter, accidental death. To kill someone not guilty of murder as an act of revenge for an accidental death is not justice but further bloodshed, and must be prevented. Hence the need for safe havens where people at risk could be protected.

The prevention of unjust violence is fundamental to the Torah. God’s covenant with Noah and humankind after the Flood identifies murder as the ultimate crime

“He who sheds the blood of man, by man shall his blood be shed, for in the image of God, God created man”

Blood wrongly shed cries to Heaven itself. God said to Cain after he had murdered Abel,

“Your brother’s blood is crying to Me from the ground”

Here in Bamidbar we hear a similar sentiment

“You shall not pollute the land in which you live, for blood pollutes the land, and the land can have no expiation for blood that is shed on it, except by the blood of him who shed it”

The verb ch-n-ph, which appears twice in this verse and nowhere else in the Mosaic books, means to pollute, to soil, to dirty, to defile. There is something fundamentally blemished about a world in which murder goes unpunished. Human life is sacred. Even justified acts of bloodshed, as in the case of war, still communicate impurity. A Cohen who has shed blood does not bless the people.[1] David is told that he may not build the Temple “because you shed much blood.”[2] Death defiles.

That is what lies behind the idea of revenge. And though the Torah rejects revenge except when commanded by God,[3] something of the idea survives in the concept of the goel ha-dam, wrongly translated as ‘blood-avenger.’ It means, in fact, ‘blood-redeemer.’ A redeemer is someone who rights an imbalance in the world, who rescues someone or something and restores it to its rightful place. Thus Boaz redeems land belonging to Naomi.[4] A redeemer is one who restores a relative to freedom after they have been forced to sell themselves into slavery.[5] God redeems His people from bondage in Egypt. A blood-redeemer is one who ensures that murder does not go unpunished.

However not all acts of killing are murder. Some are bi-shgagah, that is, unintentional, accidental or inadvertent. These are the acts that lead to exile in the cities of refuge. However, there is an ambiguity about this law. Was exile to the cities of refuge considered as a way of protecting the accidental killer, or was it itself a form of punishment, not the death sentence that would have applied to one guilty of murder, but punishment nonetheless. Recall that exile is a biblical form of punishment. Adam and Eve, after their sin, were exiled from Eden. Cain, after killing Abel, was told he would be “a restless wanderer on the face of the earth.” We say in our prayers, “Because of our sins we were exiled from our land.”

In truth both elements are present. On the one hand the Torah says,

Here the emphasis is on protection. But on the other, we read that if the exiled person

Here an element of guilt is presumed, otherwise why would the blood redeemer be innocent of murder?[6]

Maimonides, however, gives a completely different explanation in The Guide for the Perplexed (III:40). For him the issue at stake is not atonement but protection. The reason the man goes into exile in a city of refuge is to allow the passions of the relative of the victim, the blood-redeemer, to cool. The exile stays there until the death of the High Priest, because his death creates a mood of national mourning, which dissolves the longing for revenge – “for it is a natural phenomenon that we find consolation in our misfortune when the same misfortune or a greater one befalls another person. Amongst us no death causes more grief than that of the High Priest.”

The desire for revenge is basic. It exists in all societies. It led to cycles of retaliation – the Montagues against the Capulets in Romeo and Juliet, the Corleones and Tattaglias in The Godfather – that have no natural end. Wars of the clans were capable of destroying whole societies.[8]

The Torah, understanding that the desire for revenge as natural, tames it by translating it into something else altogether. It recognises the pain, the loss and moral indignation of the family of the victim. That is the meaning of the phrase goel ha-dam, the blood-redeemer, the figure who represents that instinct for revenge. The Torah legislates for people with all their passions, not for saints. It is a realistic code, not a utopian one.

Yet the Torah inserts one vital element between the killer and the victim’s family: the principle of justice. There must be no direct act of revenge. The killer must be protected until his case has been heard in a court of law. If found guilty, he must pay the price. If found innocent, he must be given refuge. This single act turns revenge into retribution. This makes all the difference.

People often find it difficult to distinguish retribution and revenge, yet they are completely different concepts. Revenge is an I-Thou relationship. You killed a member of my family so I will kill you. It is intrinsically personal. Retribution, by contrast, is impersonal. It is no longer the Montagues against the Capulets but both under the impartial rule of law. Indeed the best definition of the society the Torah seeks to create is nomocracy: the rule of laws, not men.

Retribution is the principled rejection of revenge. It says that we are not free to take the law into our own hands. Passion may not override the due process of the law, for that is a sure route to anarchy and bloodshed. Wrong must be punished, but only after it has been established by a fair trial, and only on behalf, not just of the victim but of society as a whole. It was this principle that drove the work of the late Simon Wiesenthal in bringing Nazi war criminals to trial. He called his biography Justice, not Vengeance. The cities of refuge were part of this process by which vengeance was subordinated to, and replaced by, retributive justice.

This is not just ancient history. Almost as soon as the Berlin Wall fell and the Cold War came to an end in 1989, brutal ethnic war came to the former Yugoslavia, first in Bosnia then Kosovo. It has now spread to Iraq, Syria and many other parts of the world. In his book The Warrior’s Honor: Ethnic War and the Modern Conscience, Michael Ignatieff wondered how these regions descended so rapidly into chaos. This was his conclusion:

The chief moral obstacle in the path of reconciliation is the desire for revenge. Now, revenge is commonly regarded as a low and unworthy emotion, and because it is regarded as such, its deep moral hold on people is rarely understood. But revenge – morally considered – is a desire to keep faith with the dead, to honor their memory by taking up their cause where they left off. Revenge keeps faith between the generations; the violence it engenders is a ritual form of respect for the community’s dead – therein lies its legitimacy. Reconciliation is difficult precisely because it must compete with the powerful alternative morality of violence. Political terror is tenacious because it is an ethical practice. It is a cult of the dead, a dire and absolute expression of respect.[9]

It is foolhardy to act as if the desire for revenge does not exist. It does. But given free rein, it will reduce societies to violence and bloodshed without end. The only alternative is to channel it through the operation of law, fair trial, and then either punishment or protection. That is what was introduced into civilization by the law of the cities of refuge, allowing retribution to take the place of revenge, and justice the place of retaliation.