The Right and the Good 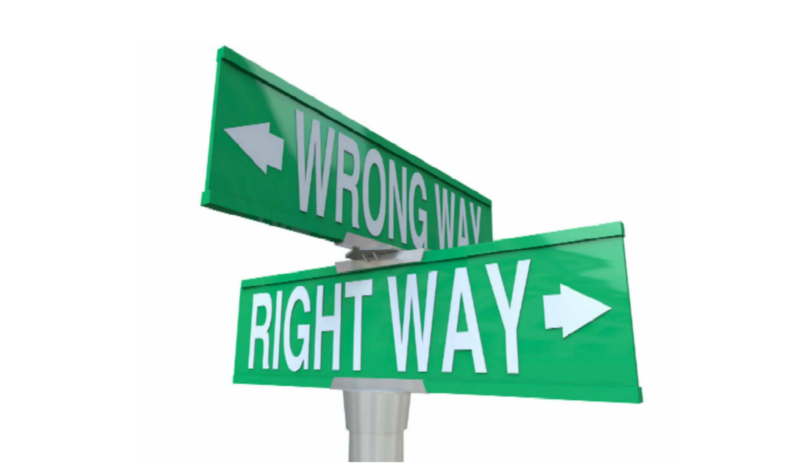 Buried among the epic passages in Va’etchanan – among them the Shema and the Ten Commandments – is a brief passage with large implications for the moral life in Judaism. Here it is together with the preceding verse:

Be very vigilant to keep the commandments of the Lord your God, and the testimonies and decrees with which He has charged you. Do what is right and what is good in the Lord’s eyes, so that it may go well with you, and you may go in and take possession of the good land that the Lord swore to your ancestors to give you.

The difficulty is obvious. The preceding verse makes reference to commandments, testimonies, and decrees. This, on the face of it, is the whole of Judaism as far as conduct is concerned. What then is meant by the phrase “the right and the good” that is not already included within the previous verse?

Rashi says it refers to “compromise (that is, not strictly insisting on your rights) and action within or beyond the letter of the law (lifnim mi-shurat ha-din).” The law, as it were, lays down a minimum threshold: this we must do. But the moral life aspires to more than simply doing what we must.[1] The people who most impress us with their goodness and rightness are not merely people who keep the law. The saints and heroes of the moral life go beyond. They do more than they are commanded. They go the extra mile. That, according to Rashi, is what the Torah means by “the right and the good.”

Ramban, while citing Rashi and agreeing with him, goes on to say something slightly different:

At first Moses said that you are to keep His statutes and his testimonies which He commanded you, and now he is stating that even where He has not commanded you, give thought as well to do what is good and right in his eyes, for He loves the good and the right.

Now this is a great principle, for it is impossible to mention in the Torah all aspects of man’s conduct with his neighbours and friends, all his various transactions and the ordinances of all societies and countries. But since He mentioned many of them, such as, “You shall not go around as a talebearer,” “You shall not take vengeance nor bear a grudge,” “You shall not stand idly by the blood of your neighbour,” “You shall not curse the deaf,” “You shall rise before the hoary head,” and the like, He went on to state in a general way that in all matters one should do what is good and right, including even compromise and going beyond the strict requirement of the law… Thus one should behave in every sphere of activity, until he is worthy of being called “good and upright.”

Ramban is going beyond Rashi’s point, that the right and the good refer to a higher standard than the law strictly requires. It seems as if Ramban is telling us that there are aspects of the moral life that are not caught by the concept of law at all. That is what he means by saying “It is impossible to mention in the Torah all aspects of man’s conduct with his neighbours and friends.”

Law is about universals, principles that apply in all places and times: Do not murder. Do not rob. Do not steal. Do not lie. Yet there are important features of the moral life that are not universal at all. They have to do with specific circumstances and the way we respond to them. What is it to be a good husband or wife, a good parent, a good teacher, a good friend? What is it to be a great leader, or follower, or member of a team? When is it right to praise, and when is it appropriate to say, “You could have done better”? There are aspects of the moral life that cannot be reduced to rules of conduct, because what matters is not only what we do, but the way in which we do it: with humility or gentleness or sensitivity or tact.

Morality is about persons, and no two persons are alike. When Moses asked God to appoint his successor, he began his request with the words, “Lord, God of the spirit of all flesh.” (Num. 27:16) On this the Rabbis commented: what Moses was saying was that each person is different, so he asked God to appoint a leader who would relate to each individual as an individual, knowing that what is helpful to one person may be harmful to another.[2] This ability to judge the right response to the right person at the right time is a feature not only of leadership, but of human goodness in general.

Rashi begins his commentary to Bereishit with the question: If the Torah is a book of law, why does it not start with the first law given to the people of Israel as a whole, which does not appear until Exodus 12? Why does it include the narratives about Adam and Eve, Cain and Abel, the patriarchs and matriarchs and their children? Rashi gives an answer that has nothing to do with morality – he says it has to do with the Jewish people’s right to their land. But the Netziv (R. Naftali Zvi Yehudah Berlin; 1816-1893) writes that the stories of Genesis are there to teach us how the patriarchs were upright in their dealings, even with people who were strangers and idolaters. That, he says, is why Genesis is called by the Sages “the book of the upright.”[3]

Morality is not just a set of rules, even a code as elaborate as the 613 commands and their rabbinic extensions. It is also about the way we respond to people as individuals. The story of Adam and Eve in the Garden of Eden is at least in part about what went wrong in their relationship when the man referred to his wife as Ishah, ‘woman,’ a generic description, a type. Only when he gave her a proper name, Chavah, Eve, did he relate to her as an individual in her individuality, and only then did God make “garments of skins for Adam and his wife, and clothed them.” (Gen. 3:21)

This ultimately is the difference between the two great principles of Judaic ethics: justice and love. Justice is universal. It treats all people alike, rich and poor, powerful and powerless, making no distinctions on the basis of colour or class. But love is particular. A parent loves their children for what makes them each unique. The moral life is a combination of both. That is why it cannot be reduced solely to universal laws. That is what the Torah means when it speaks of “the right and the good” over and above the commandments, statutes, and testimonies.

A good teacher knows what to say to a struggling student who, through great effort, has done better than expected, and to a gifted student who has come top of the class but is still performing below their potential. A good employer knows when to praise and when to challenge. We all need to know when to insist on justice and when to exercise forgiveness. The people who have had a decisive influence on our lives are almost always those we feel understood us in our singularity. We were not, for them, a mere face in the crowd. That is why, though morality involves universal rules and cannot exist without them, it also involves interactions that cannot be reduced to rules.

Rabbi Israel of Rizhin (1796-1850) once asked a student how many sections there were in the Shulchan Aruch. The student replied, “Four.” “What,” asked the Rizhiner, “do you know about the fifth section?” “But there is no fifth section,” said the student. “There is,” said the Rizhiner. “It says: always treat a person like a mensch.”

The fifth section of the code of law is the conduct that cannot be reduced to law. That is what it takes to do the right and the good.